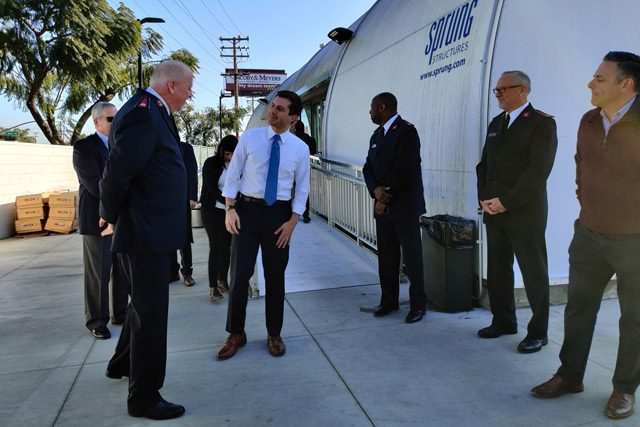 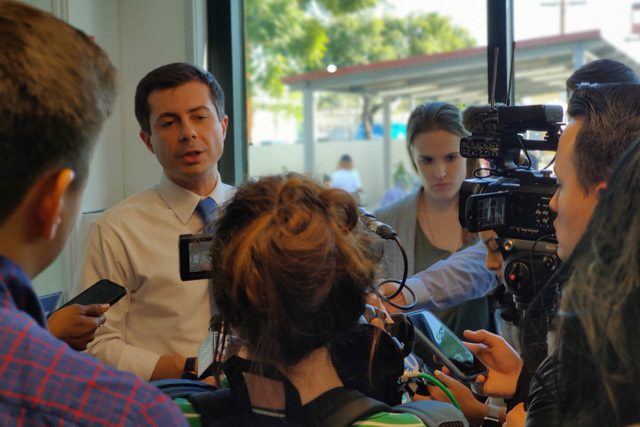 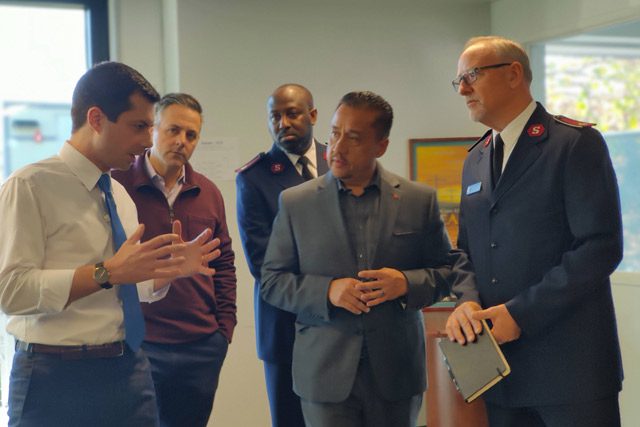 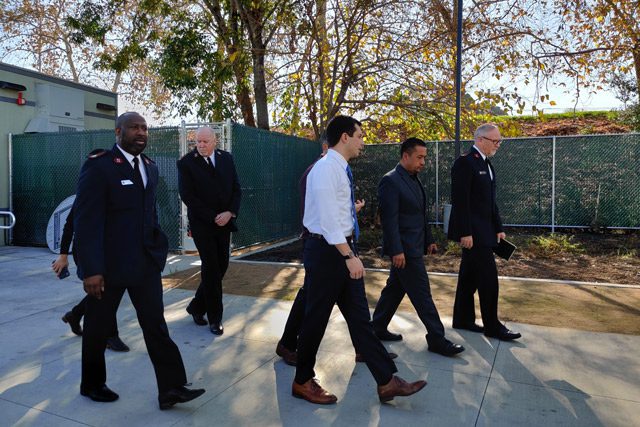 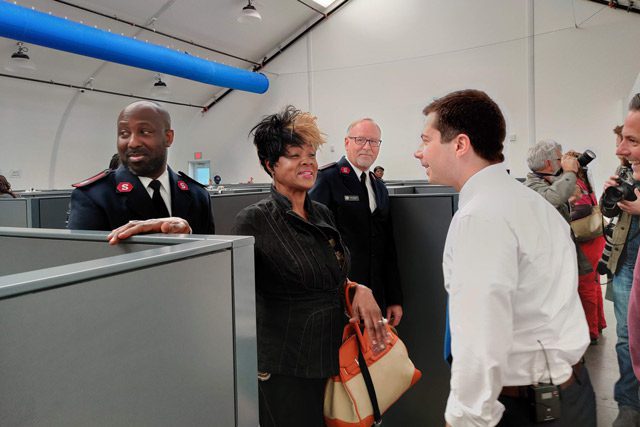 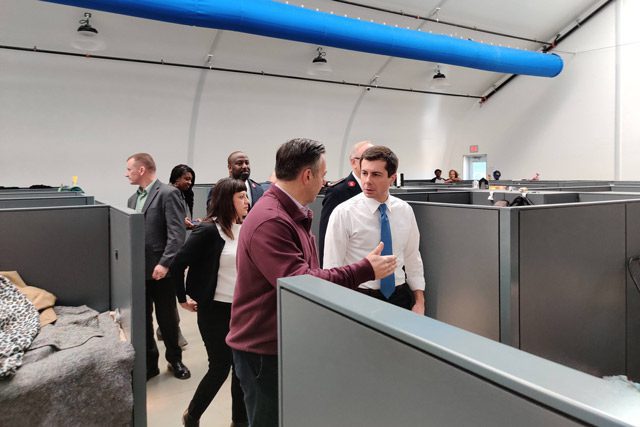 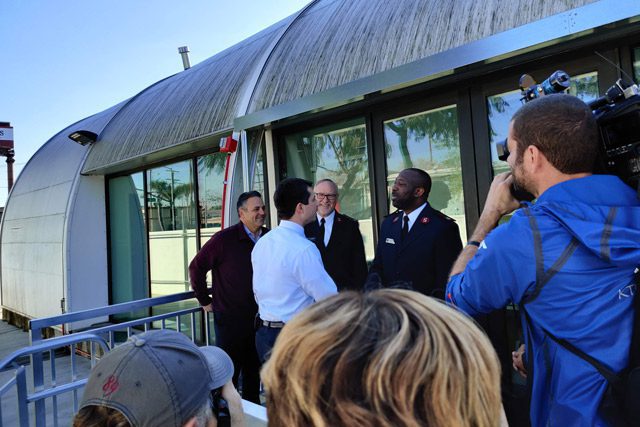 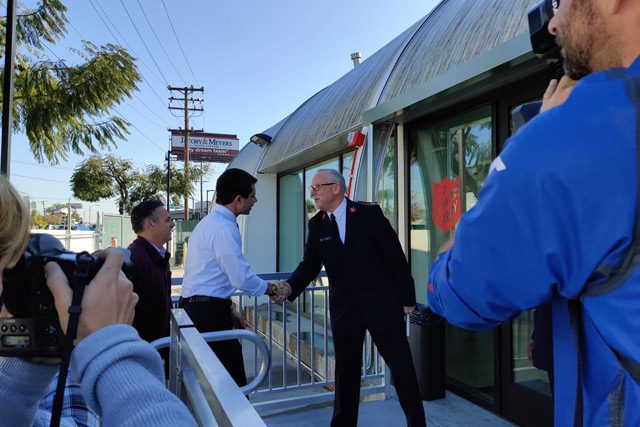 “This is a good time to remember that the crisis of homelessness, the crisis facing unhoused people, touches communities of every size and every climate and every part of the country,” Buttigieg told the Los Angeles Times.

The program, which has been open for less than two months, is currently at capacity with 100 residents—70 male and 30 female.

“This program is a low barrier shelter aimed at providing immediate relief to people living on the street,” said Program Director Santiago Reyes, who said each resident, though independent and not required to enter into any formal programming or 12-step program, has access to case management and a variety of services to help find a permanent housing situation.

Another unique aspect of this location is its pets policy. “It may not sound like a big deal to many people when they hear we accept residents with pets,” Reyes said. “But many times, that dog a person has had as a companion during their life on the street, is the only friend they have.” Residents are not only provided space for their dogs at the shelter, but there is a fenced in kennel so the dogs can exercise out in the fresh air.

Buttigieg was escorted through The Salvation Army’s program by LA City Councilman Joe Buscaino, representing the commitment of local government to come side by side with The Salvation Army to find a cure for homelessness. Buscaino and Buttigieg were also joined by California South Divisional Commander Lt. Colonel John Chamness and General Secretary Osei Stewart who provided details about The Salvation Army’s policy of providing care to all in need without discrimination.

The group also heard personal testimonies of residents of the Watts Bridge Housing program that put a human face on homelessness—some were professional people, some were part of city government, but all expressed welcome and hope received from The Salvation Army at this facility. Buttigieg commended the model The Salvation Army is employing at Watts, and was especially appreciative of the Army’s sensitivity to those of the LGBTQ community.

“More shelters like the one in Watts are being planned by the California South Division,” Chamness said. “And with the cooperation of private, business and civic stake-holders, The Salvation Army expects to bring hundreds more men and women…and their pets, off the streets of the Southland and into not only shelter, but on a path toward a stable and promising future.”

Sharing is caring!
Tags:
California South, Homelessness, January/February 2020, The Way Out, Vol. 38 No. 1