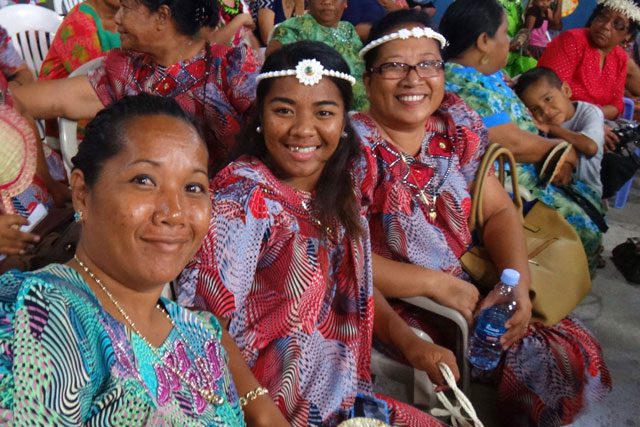 Women from The Salvation Army Rita and Laura corps in Majuro, Marshall Islands, joined participants from five other denominations to celebrate the recent World Day of Prayer.
The Catholic Church’s Cathedral of Our Lady of Assumption hosted the event, which also included women from Assembly of God, Reformed Christian Church, New Beginning Church and Morning Star Church (a Fijian congregation). Christian Women of the Philippines prepared this year’s worldwide program, “Am I Being Unfair to You?”
About 75 women from the two corps attended; over 35 of them performed on stage with song and dance. The Salvation Army women also had speaking parts during the program, helped with the offering and participated in the dramatization of the Parable of the Vineyard Workers from Matthew 20:1-16. Each of the six denominations provided 250 meals to feed the women following the scripted prayer program and dramatization. The Laura and Rita corps joined to cook The Salvation Army’s 250 meals.

Women from The Salvation Army Rita Corps (dressed in red) and the Laura Corps (in blue) participate in the 2017 World Day of Prayer.

After the meal each church presented song and dance. According to Major Judy Bennett, Marshall Islands Leadership Training Center Director, this was a highlight of the day.
“Laughter abounded at the funny antics of some performing women,” Bennett said. “Every woman enjoyed seeing the variety of colorful dresses and unique handcrafted head wreaths and necklaces worn by so many.”
The World Day of Prayer takes place annually on the first Friday in March. In Majuro, this is the largest annual united women’s Christian event. Women’s groups begin preparing months in advance for their performances.
“The Salvation Army is looking forward to hosting the 2018 World Day of Prayer in Majuro next year,” Bennett said.
Sharing is caring!
Tags:
featured news, Marshall Islands, Vol 35 No 04, women, World Day of Prayer 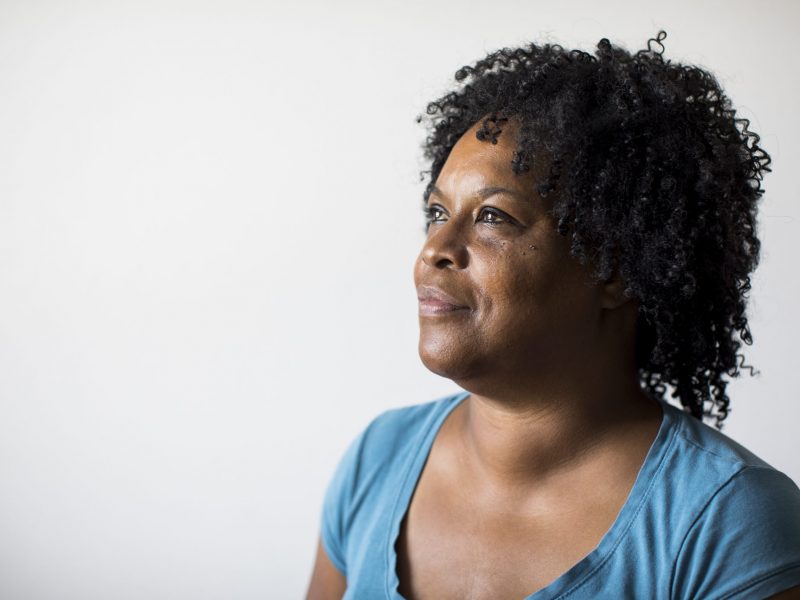 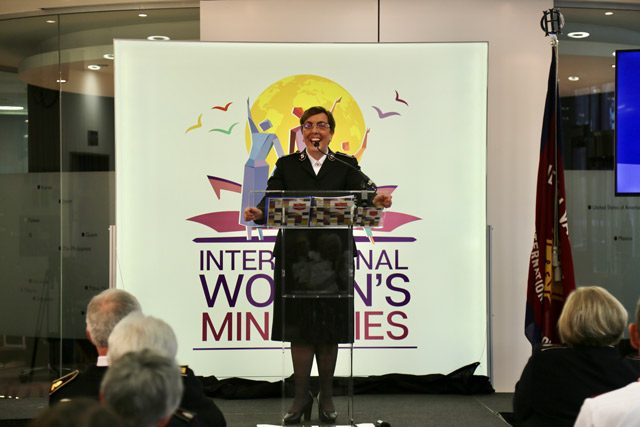