Major Ruth Anne Looker was promoted to Glory May 11 from Murrieta, California. 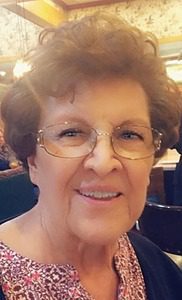 She graduated from The Salvation Army School for Officers’ Training in 1964 with the Heroes of the Faith Session and from California State University Dominguez Hills in 1985. After serving as a Salvation Army officer for 35 years, Ruth Anne retired in 1999. She continued working as an auditor for The Salvation Army until retiring again in 2015.

Ruth enjoyed crossword puzzles, playing the piano and alto horn, and country music. Her favorite times were spent as a loving wife, mother and grandmother.

In lieu of flowers, the family requests donations be made in Ruth’s name to The Salvation Army Overseas Child Sponsorship Program.