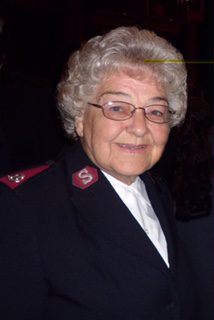 Born March 15, 1931, in Hamill, South Dakota, to Eula May and Harry Harless, Betty was the youngest of their four children. In her early years, the family moved to Coos Bay, Oregon, where she started to regularly attend The Salvation Army after a school friend invited her.

During her time as an officer, Yardley became a mother of five who served her corps loyally and always put others before herself. Her interests included fishing, crafts, games, traveling and spending time with family and friends.