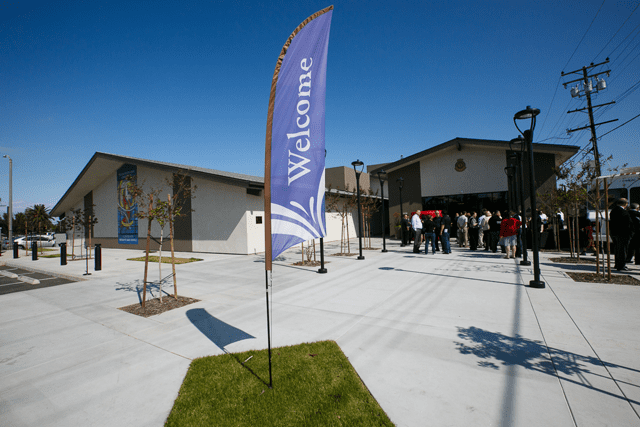 First part of its capital campaign included renovations to the chapel, administrative offices and the social services and Hispanic ministries building. 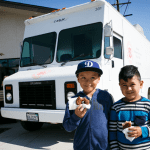 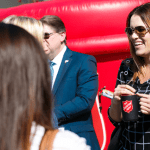 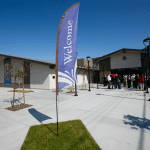 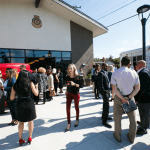 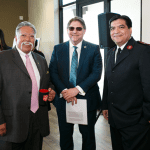 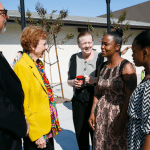 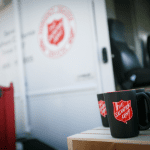 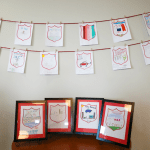 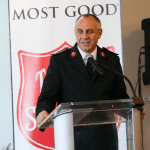 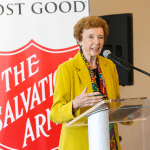 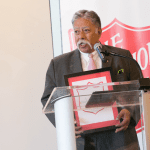 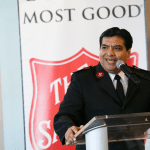 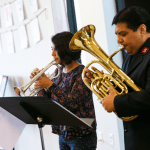 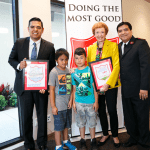 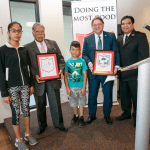 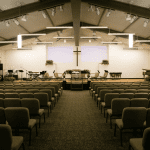 The Salvation Army of Long Beach, California, celebrated the completion of Phase I of its $13 million capital campaign on April 18 at the Long Beach Citadel Corps and Community Center.
More than 150 people attended the event, including Southern California Divisional Commander Lt. Colonel Kyle Smith, Long Beach Mayor Robert Garcia and former Mayor Beverly O’Neill, along with other community leaders, Salvation Army officers and employees, advisory board members and those served through the corps and Community Center. The celebration showcased artwork by local youth and music by children from the corps.
Long Beach Citadel Corps Officer Captain Sergio Garcia opened and closed the meeting, which included a message from Smith, statements by Garcia and O’Neill, and a look at the past, present and future of the capital campaign and The Salvation Army’s partners for the future.
“This center is an incredible step in the right direction,” Mayor Garcia told the Grunion Gazette.
The Mayor received a framed work of art from a student in the Army’s Tuesday night art class. Corps Capital Campaign Director Melinda Lankford was told by the Mayor’s staff that “he loves the artwork he received from the student,” and it is now displayed on his office wall.
Long-time Long Beach resident O’Neill served on the fundraising steering committee. She recalled during her childhood watching The Salvation Army care for people, per the Gazette.
“It is part of a dream for The Salvation Army and many of us to have this project happen,” O’Neill said. “You couldn’t have a better goal than helping someone else.”
During The Salvation Army’s 110 years of service in Greater Long Beach, many lives have been changed, and more are waiting to be changed. During the celebration the mother of one of the girls whose art was featured, told Captain Garcia: “I clean houses for a living. I tell my daughter she’d better continue with The Salvation Army’s mentoring programs and succeed in her education at school…or else learn how to use a mop.”
Phase I renovations included the chapel, administrative offices and the social services and Hispanic ministries building. Captain Garcia told the Gazette that the transition to the center has been smooth, and praised the architects at Kardent Design and the builders at Bremco Construction. The 23,920-square-foot center includes a senior center, a 300-seat chapel/auditorium, a community kitchen, and classrooms for various types of instruction.
Phase II funding will support a 19,000-square-foot recreation/fitness center and an additional 40,800 square feet for athletic fields, including a challenge course, track, parking area and gardens.
“We’re going to build a beautiful two-story gymnasium with basketball courts, dance and yoga rooms, and locker rooms,” Smith told the Gazette. “We’re trying to create a little bit of heaven right here in Long Beach.”
Smith announced a significant decision from the city of Long Beach that shows its support of The Salvation Army: The Long Beach City Council has approved the removal of the part of Elm Street that runs through the Army property at Spring Street. It will be replaced with a playground.
To support the capital campaign, visit salar.my/longbeach.
Sharing is caring!
Tags:
California South, long beach, Southern California, Vol 35 No 06, Western Territory