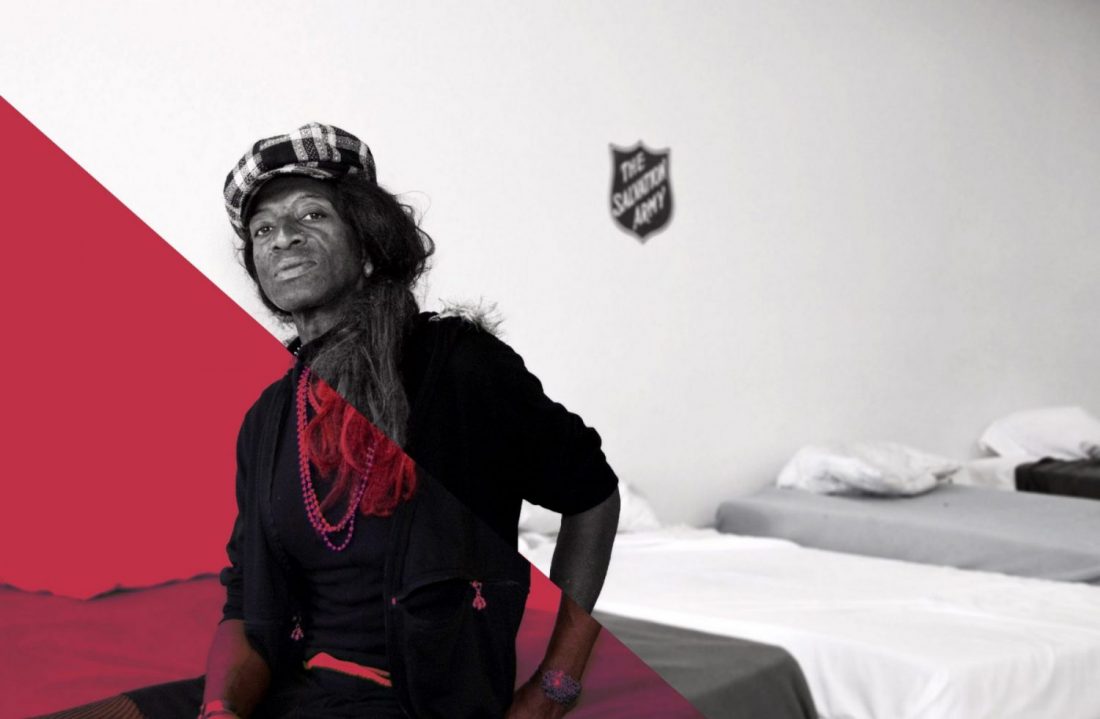 Nevada is the most impoverished state in the U.S., according to The Salvation Army’s Human Needs Index.

One in five transgender individuals have experienced homelessness in their lives, according to The National Center of Transgender Equality.

For many, finding a safe shelter can prove challenging, but it is not entirely impossible in one city.

The Safety Dorm, known to its residents and staff as the S-Dorm, is a Salvation Army shelter in Las Vegas exclusively for homeless individuals who identify as transgender.

The dorm began operating two years ago to offer the transgender community a safe and welcoming place to get a meal, warm shower, and a good night’s rest.

“We really wanted to be able to show that The Salvation Army cares about each individual and we want them to be able to access our services,” said Phillip Hollon, social service director in the Southwest Division. “If we can get them to us, we can ensure their safety and well-being while they’re here with us.”

The Salvation Army of Southern Nevada relies heavily on current and past residents, nearby shelters and the local LGBTQ center to get the message out about the dorm. Juan Salinas, the homeless services coordinator, credits the increase in occupancy to people passing on the information.

“We’re really growing, as far as the numbers go,” Salinas said. “We’ve had one here and there but now it’s up to six. That’s a great improvement.”

TRANSGENDER IN THE UNITED STATES

26% report using drugs or alcohol to cope with discrimination

Hollon believes the dorm may be the first of its kind for The Salvation Army. Like any other individual spending the night at an Army shelter, S-Dorm residents have access to one-on-one case management, housing assistance, vocational programs and job search aid.

Shay Benford, 21, arrived in Las Vegas in October 2015. Without anywhere to sleep, she found herself at risk of spending the night on the street. Benford recalled hearing about the S-Dorm from a friend and considered it the only viable option for shelter in the city.

“Without this place, I wouldn’t have anyplace to go, to be honest,” Benford said. “You get bus passes, they feed you, they make sure you have clean towels, nice sheets, and the best thing I love about the shelter is I don’t get bitten by fleas and there’s no bed bugs.”

The S-Dorm, which can comfortably accommodate nine persons, welcomed its first resident of the year in June.

For many, like Benford, this is the first shelter they have found that has a separate space for transgender people.

“I think that is really neat because I have privacy if I’m among people that are like me,” Benford said.

In the latter half of 2015, 10 people stayed at the S-Dorm. All 10 residents identified as women. Should it ever be the case that one female and one male who are transgender seek shelter at the same time, The Salvation Army can provide he or she with a place to sleep at a local partner hotel.

Residents can use the facility for as long as needed but the goal is to help each find permanent housing.

Michael Sumling, 55, was the first person to move from the S-Dorm into one of the on-campus transitional housing units. Having been homeless for more than 15 years, Sumling is re-learning the ins and outs of managing a household.

“Now I’m learning things like how to go and get a money order, paying my rent, going to buy groceries,” Sumling said. “I’m learning how to buy dishes, shower curtains, tissue, food, clothing and stuff to clean.”

Salinas said he hopes the S-Dorm will be every resident’s first step to transitioning into permanent housing.