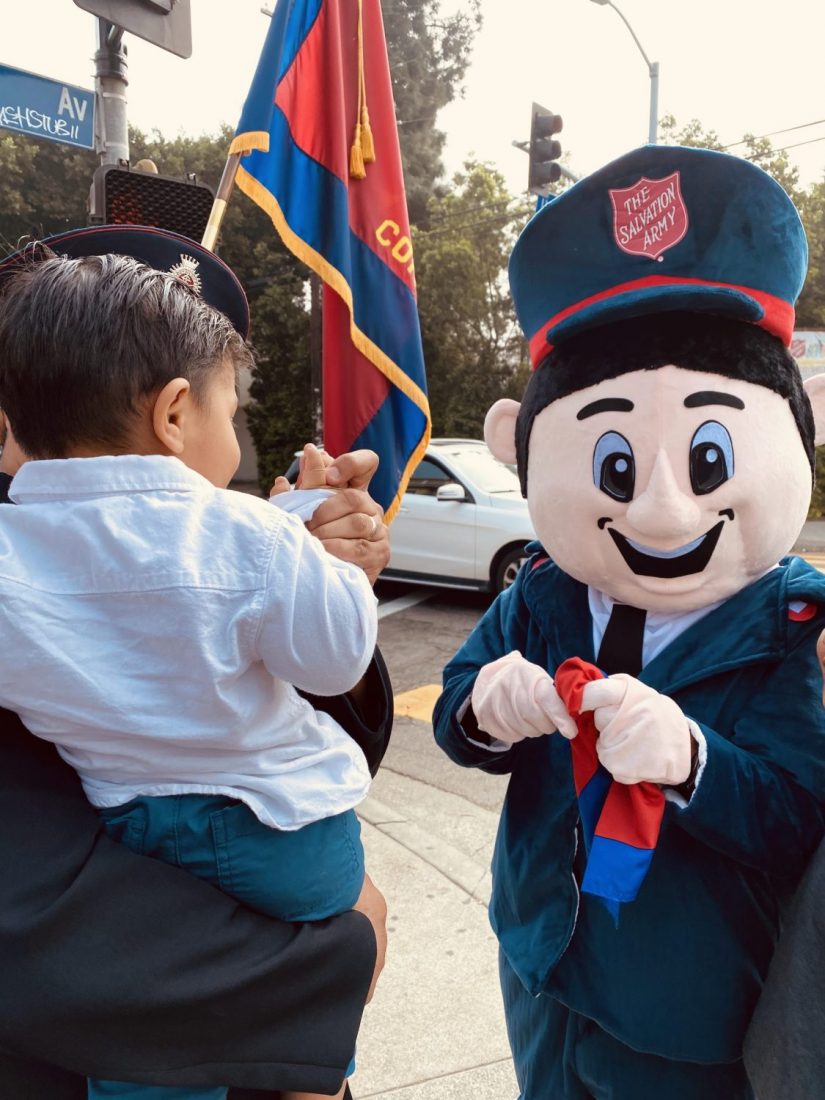 The move occurred at the beginning of February, a few weeks before the COVID-19 outbreak in Los Angeles.

Just weeks before the COVID-19 outbreak started in Los Angeles, The Salvation Army Los Angeles Central Corps relocated to the Los Angeles Red Shield. The Feb. 1 move was an effort to consolidate community resources under one roof in the heart of downtown LA, near LA Live. The corps was settling into its new home and beginning to understand the potential of its new location when, like all Salvation Army centers, it transitioned to Emergency Disaster Services. Corps members had only about a month to worship together, in person, at the corps.

The relocation had come as a shock to many. But to LA Central Corps Officers Lts. Angel and Cassandra Amezquita and fellow church leaders, it made sense—it was an opportunity to grow the corps’ services and reach more families.

“We were all in agreement that the church should be in that neighborhood,” Angel Amezquita said. “It should be where the people are in need and are hurting.”

In preparation for the move, the Red Shield auditorium was converted into a chapel, and storage rooms were turned into a pantry, offices and a nursery.

At the end of January, on the last Sunday morning service at the former LA Central Corps, Congress Hall, 170 congregation members collected their Bibles, joined hands and marched a little over a mile together to their new home at the LA Red Shield.

“The march was very empowering,” Amezquita said. “It was like declaring that we did not leave the church behind, but that we are the church and we followed where Christ was leading us to.”

The congregation brought their flag to their new chapel at the Red Shield, and the corps is now known as LA Central Corps at Red Shield.

There was a period of adjustment in sharing spaces, but the transition went smoothly and corps members adjusted well.

“We have just tried to be empathetic through this whole process,” Cassandra Amezquita said. “We realized people were very connected to the building, and we have just been patient through any feelings of discomfort and adjustment. We know deep inside that this is for the best.”

Since then, the Amezquitas said corps members have been supportive and stepped up to help lead youth programming for kids, teens and young adults.

“The transition was nostalgic to many. But once we all came together, we saw the potential of merging LA Red Shield’s recreational center with the amazing resources and ministry that LA Central would bring to those in need,” said Fannie Hernandez, a corps member. “We are now starting to see the great positive impact this change is doing and we are excited for what’s to come and the many more people we will be able to help through the love of Jesus.”

“It has been bittersweet. Congress Hall was the location that saw many of the congregation members grow, and held many sweet memories,” she said. “However, transitioning to Red Shield challenges and encourages the LA Central Corps to grow in different areas. Red Shield is a strategic place for outreach and can easily feed into the corps’ programs—where the message of salvation is often introduced. Jesus Christ was the prime example of always reaching out to his fellow people. I believe this change embodies that and excitedly anticipate the new ideas, programs and souls that will be added to LA Central.”

Before the coronavirus outbreak, corps members were able to attend Sunday morning service or the more casual evening garden service at the Red Shield. Now, the Sunday message is delivered online via the corps’ Facebook page. The Amezquitas are also posting Bible study resources and short worship sessions regularly for corps members.

Corps social services, however, continue during the pandemic and are needed more than ever. And even though the Red Shield community center is closed until further notice, several Red Shield staff members have chosen to help.

“So, they’re not doing their regular responsibilities. They’re now helping the corps help out the community,” Cassandra Amezquita said.

Food Distribution Program hours have been extended to Mondays, Wednesdays and Fridays from 9 a.m. to 4 p.m. Amezquita said approximately 400 households (made up of anywhere between one to eight people) receive assistance weekly.

Precautionary measures are being implemented to prevent the spread of the virus. Only one side of the facility is open for people to receive food. Cadets from the College for Officer Training at Crestmont are monitoring lines outside to ensure social distancing guidelines are followed, and staff and volunteers are wearing protective gear, like gloves and masks.

“We are just intensely providing bagged groceries and pantry items to the community,” Azmequita said. “We’re trying to protect our staff and volunteers, but also continue to give out as much as people need.”

The corps’ more centralized location at the Red Shield has helped serve more people during this critical time.

“It’s just like a pillar in the community, so everybody knows that the Red Shield is a safe place. Before we got there, it already had that reputation in place, especially by families,” Amezquita said. “So now, not only do we continue to serve the clients that we did at our old address, but now we have access to serving more families…seniors, parents with children, and children themselves.” 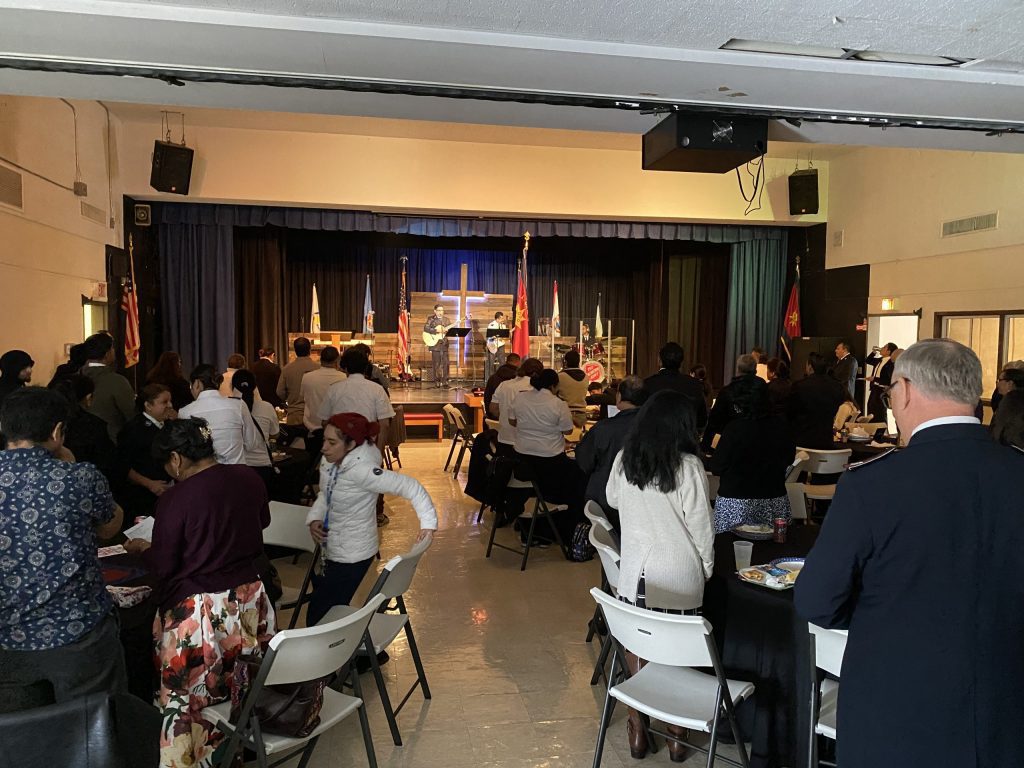 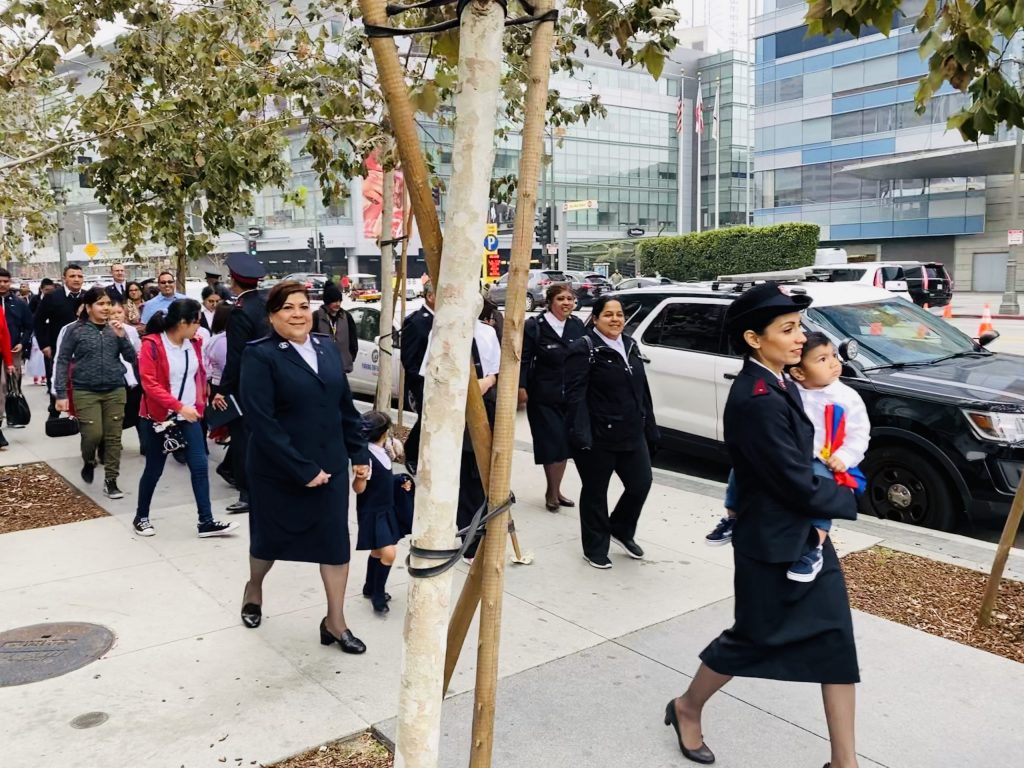 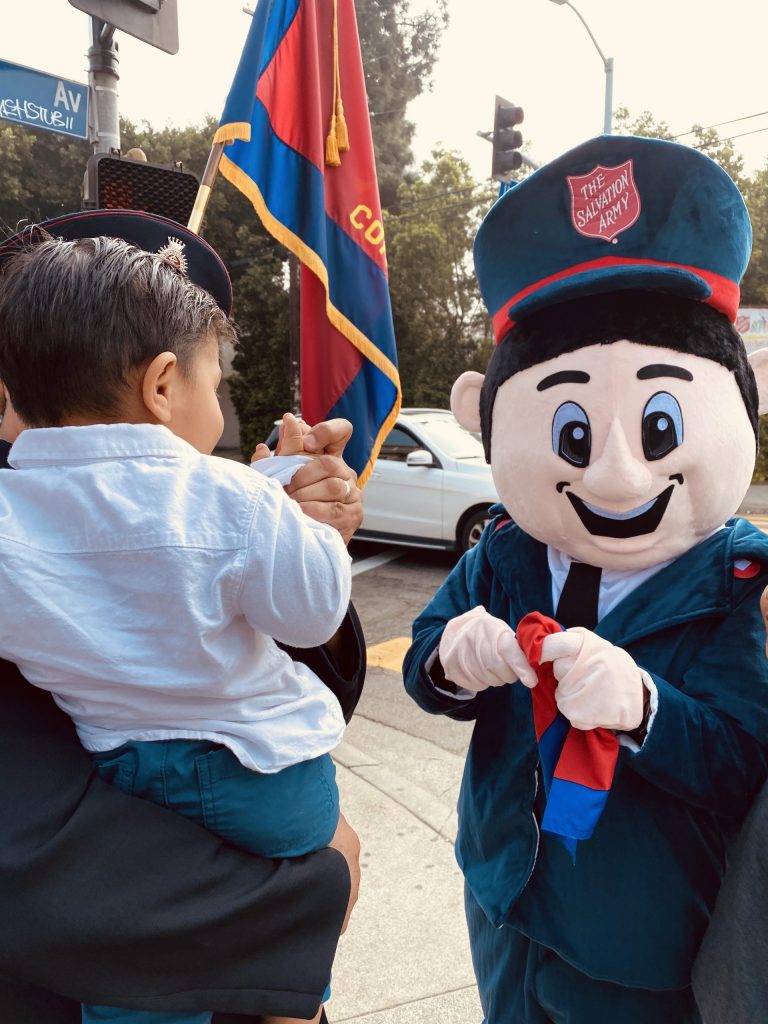 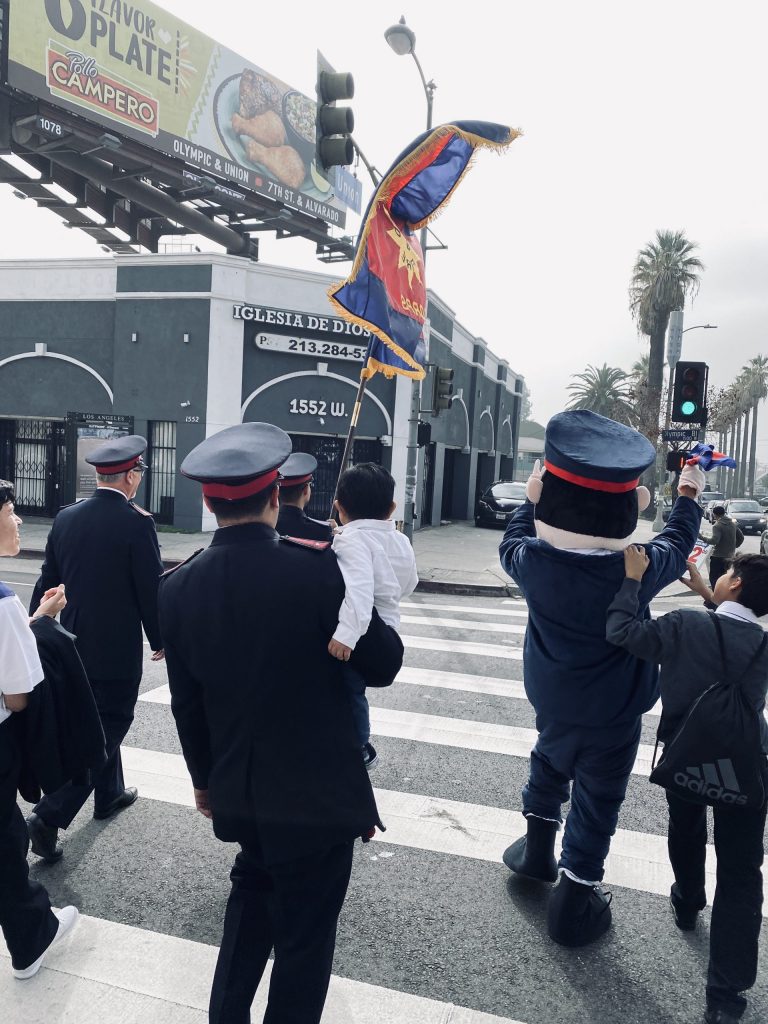