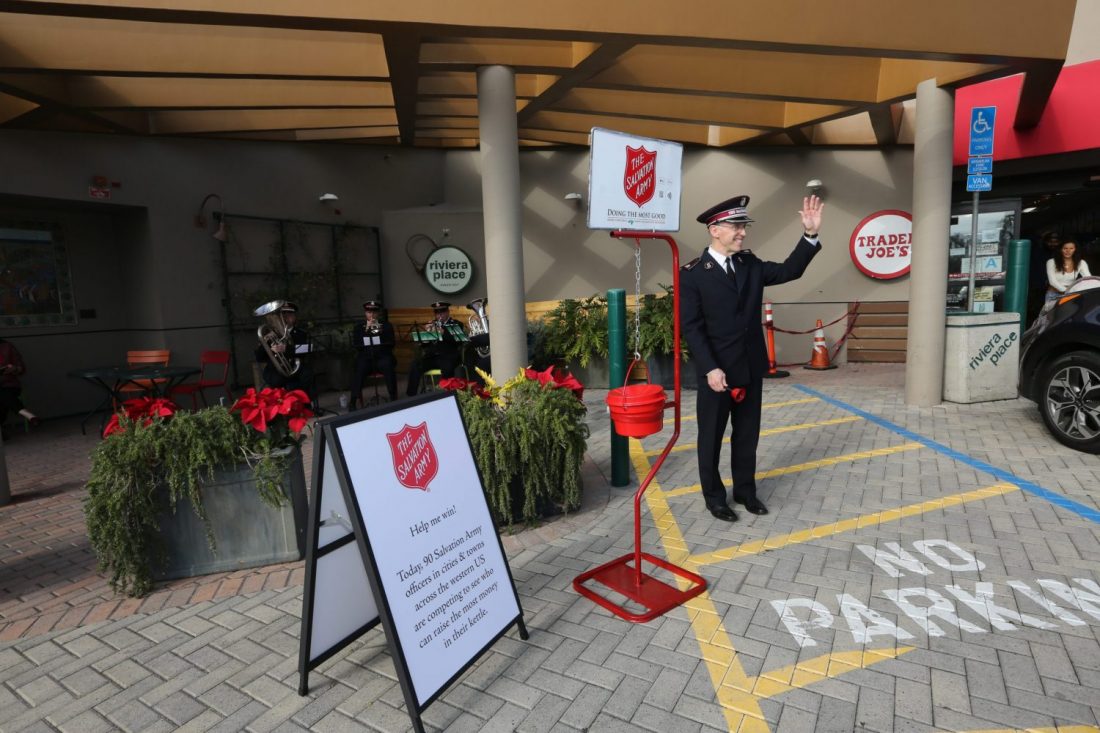 Territorial Commander Commissioner Kenneth G. Hodder challenged Salvation Army officers across the Western Territory to a kettle challenge Dec. 13 from 12-4 p.m. In total, some 95 officers joined in to see who could raise the most money in their kettle—collectively raising $79,776.65.

The grand-prize winner is Captain Angela Morrow, Corps Officer of the Centennial Corps in Littleton, Colorado, who raised $7,344.93.

The top 5 fundraisers are:

Other notables from the challenge: