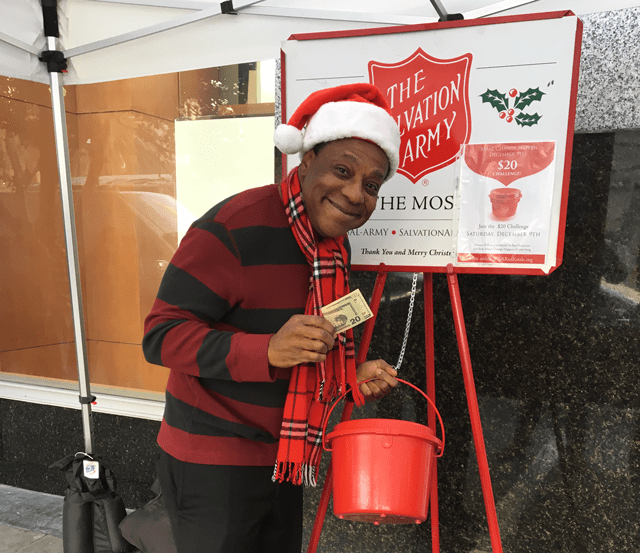 Saturday, Dec. 9, was a double-dog-dare-ya kind of day for The Salvation Army Golden State Division.

With holiday giving down, the division challenged the public to a red kettle challenge. On the second Saturday of the month, like Christmas magic $20 bills were worth double in red kettle locations at 31 locations from San Francisco to Bakersfield. The idea started from The Salvation Army in Sioux Falls, South Dakota, but began at the Monterey Corps in the Golden State Division in 2015, after a cadet heard about the challenge and shared it with the corps officer. This year the challenge was extended to the rest of the 31 Corps and Service Extension units across the division.

“With a decrease in bell ringers, we wanted to do something fun to encourage our officers and advisory boards to increase donations and engage with the service clubs, corporations, and individuals in their communities,” said Lt. Col. Cindy Foley, Divisional Leader in the Golden State Division.

And the effort is well worth it. “The program has grown exponentially in Monterey County,” said Major Steven Bradley, Monterey Corps Officer, who led the challenge on the Monterey Peninsula this year. 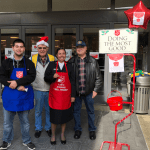 Celebrities ring the bell for The Salvation Army in and around San Francisco, California: 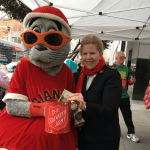 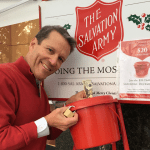 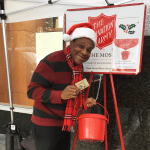 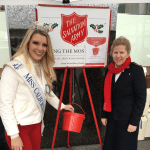 “The generosity of the people on the Monterey Peninsula continues to shine and grow,” said Bradley. “Like the ministry of The Salvation Army, they share a tradition of sharing and a legacy of caring!”

Donors, some corporate partners and service clubs got into the action as well, offering matching gifts in 27 of the 31 units.

Planning for the division-wide event started in February, with corps officers and development staff working together on establishing the best ways to encourage the public and brainstorming for the matching gift outreach. Weeks before the day, a consolidated media outreach approach was executed with a release being distributed in each major market.

In the city of Visalia, for example, with a population of approximately 130,000 people, the corps raised roughly $6,600 on Dec. 9, 2016. This year, it raised $20,527. The corps had help from a local church that challenged the congregation to participate and from service clubs who stuffed the kettles with $20 bills.

“Part of the success of the program is its simplicity,” said Foley. “It is an easy message to share and to rally people around.”

The division has plans to continue the $20 Challenge Day next year.