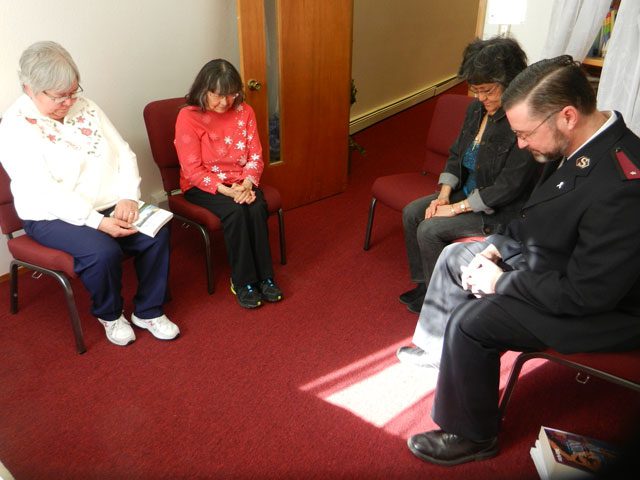 When Lts. Lance and Dana Walters arrived in Juneau, they found a storage room beside the sanctuary. Over time they cleared and repainted it. Now each Wednesday morning before Home League, five people join Lance Walters in an hour of prayer for the Juneau community and the corps.

“We all want to see God do what God does best—change people’s lives for his glory,” Walters said.

One woman suggested keeping a prayer request journal where answered prayers could be recorded.