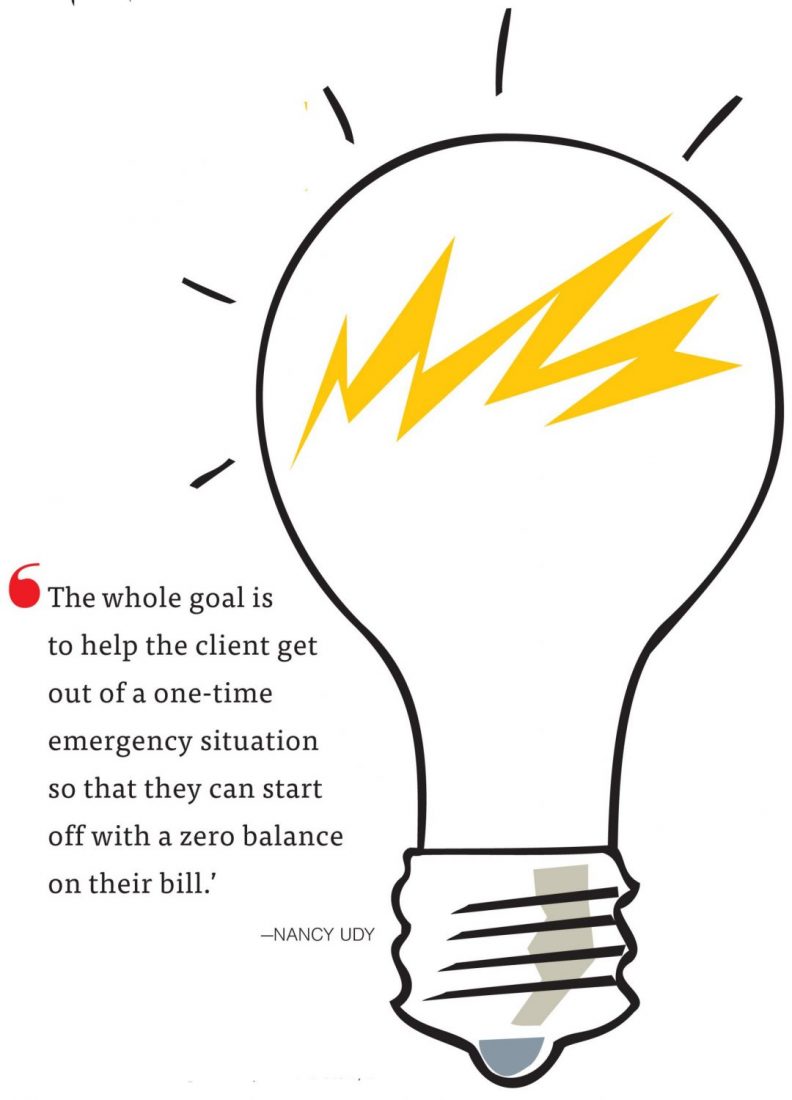 The first of the month is a tense time for Ronnie Ramirez. The 59-year-old Atwater, Calif., resident suffered a massive heart attack a few years ago that left him dealing with a host of medical conditions and unfit to work a full-time job. He has since struggled to find work as an auto mechanic and had to supplement his wages with his Social Security check to stay afloat. His wife is unemployed and hampered by her own stockpile of health issues, and he’s left scrambling to scrounge up money for rent and utilities each month.

Late in 2013, the situation worsened.

“I sold our coffee table so I could get money for gas,” he said.

Formed in 1983, REACH is a utility assistance program operated by The Salvation Army that offers one-time grants of up to $200 to low-income households in danger of having their power shut off. The administrative branch of the program is entirely funded by the PG&E Corporation and Foundation while the program support comes from PG&E customers, employees and shareholders, according to Nancy Udy, REACH executive director. REACH is based in San Francisco, yet service areas run to the Oregon border in the north and to Santa Maria, Calif., in the south, spanning across the Golden State, Del Oro and Southern California divisions. Since its launch, REACH has disbursed more than $105 million to more than 600,000 households through 170 Salvation Army service centers, making it the largest single-utility-funded assistance program in the country.

Shelton said he directs about five to 10 Merced County residents a week toward REACH and that without it, a lot more people would be in trouble. Merced County is one of the poorest in the PG&E service area and all of California. Without the help Ramirez received through REACH, “I would have had no power or anything,” he said.

While REACH was designed to benefit PG&E customers, 10 percent of the budget is allocated to assist clients using vendors other than PG&E. REACH beneficiaries can receive assistance up to once every 18 months. If they owe more than $200 on a bill, the assigned caseworker may pool resources with another utility assistance program in that area to cover the remaining balance on the bill. PG&E customers can also donate to REACH through their monthly bills.

“It’s just something that they know is there, that can help them through a rough spot and get them back on their feet again,” Udy said. “The hope is that we help them so they won’t need assistance again.”

While that’s not always the case, Udy said it usually gives clients time to save money to prevent future emergencies.

“The whole goal is to help the client get out of a one-time emergency situation so that they can start off with a zero balance on their bill,” Udy said. “So that they can hopefully then have at least a month or two before they get another bill on their account.”

Shelton said many of the people in Merced County—where one in four residents live below the poverty line—call to apply for REACH assistance after they have already received their 48-hour shutoff notices.

“We’re really the last resort for a lot of people,” Shelton said. “Other than church, family and friends, it’s just The Salvation Army.”

And while Ramirez, like many of the thousands of others helped by REACH, is still fighting to provide for his family, he’s grateful for the timely boost.

“I was in a bad spot; I still am,” he said. “We’re surviving on my salary and my Social Security but I just thank The Salvation Army for how they helped me.”