‘I chose to stand’

Cadet Omoduni George gives her testimony at the Welcome of Cadets.

I was born and raised in Freetown, Sierra Leone—in West Africa—by my father (now deceased) along with my two brothers and two sisters. I never really knew my mother; she died two weeks before my 5th birthday. My dad was poor and we could only afford the mere basics of life. He was a strict disciplinarian and I was taught at a very early age to stand no matter what life throws at me. There were times when we only had one meal a day; times when I had to turn down invitations to social gatherings because I did not have nice clothes to wear; times when it was easy to look at other kids and envy them, but I was taught “to be content with what I had, little be it or much,” and even though the emotions of envy and the unfairness of life were so overwhelming, I CHOSE TO STAND.

I loved reading and read anything I could lay my hands on including the Bible. I must have been about 8 or 9 when I first read the passage in Jeremiah 1:5: “Before I formed you in the womb I knew you, before you were born I set you apart; I appointed you as a prophet to the nations.” I did not really understand what it meant but it stuck with me and I knew that it would have a very significant role in my life. I became born again when I was 12 and by the power of the Holy Spirit I have endeavored to live a consistent Christian life since. My teenage and young adult life revolved around school, church and ministry. I got married at 24 to someone I thought was a wonderful Christian gentleman who turned out to be the opposite and my “perfect” Christian life was turned upside down.

Two weeks after we got married I found out that my husband drank very heavily and in that state, he became abusive and cruel—sometimes violent, something he had managed to keep hidden for the nine months of our courtship. Three months later I found out that he was not only cheating on me but was bringing his women into our matrimonial home. When I confronted him, he laughed and said if it bothered me so much, I was free to do likewise; but I knew what the Word of God said about marital unfaithfulness, and I CHOSE TO STAND.

The next 10 years of my life were a nightmare. I could not understand why, after serving God faithfully for most of my life, he would allow me to make such a terrible mistake. I prayed, fasted and prayed some more, that somehow God would change my husband, but that never happened. I got so used to hearing how worthless I was, that I began to believe that it must be true or God would have answered my prayers. Then God reminded me that I was “fearfully and wonderfully made” and that he loved me so much that he gave his son for me, and I CHOSE TO STAND.

In 2003, we got separated and for the next 10 years, God not only rebuilt my confidence in him and in myself, but he blessed me so much with godly people who just loved on me and made me feel special. He used me in ways I could never have imagined to bring love and comfort to people who were hurting, and anytime I hear people give testimonies of how God answered my prayers for them, I thank God that I CHOSE TO STAND.

In 2013 we got divorced and a year later I relocated to the U.S. where God brought me to the Army and again confirmed his call upon my life. The process of getting into the training college was exhaustive to say the least and there were times when I felt so overwhelmed; even in the few weeks that I have been here my emotions have been on a rollercoaster, but I thank God for officers and fellow cadets who have come alongside me, reassuring me of God’s love and purpose for my life and helping me to CHOOSE TO STAND.

If you are here today and you feel like the world is caving in on you, that life does not make sense anymore, that God is not answering your prayers or whatever other emotions you may be feeling, I want to assure you that God loves you unconditionally and his thoughts toward you are good and that he will make all things beautiful in his time. So, I encourage you, CHOOSE TO STAND on his Word.

Sharing is caring!
Tags:
CFOT, Messengers of Compassion, Vol 35 No 10 Messengers of Compassion reveal what they love about The Salvation Army 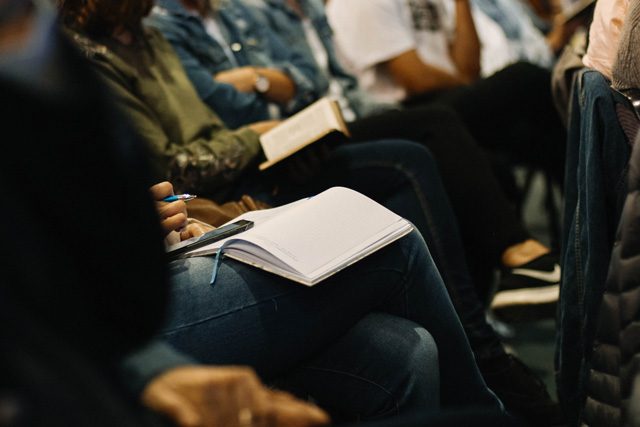 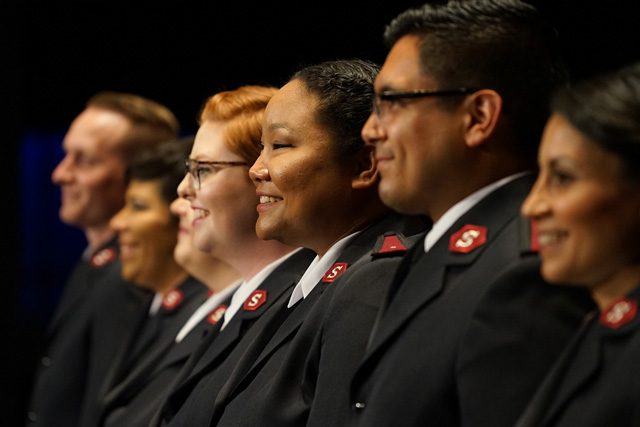