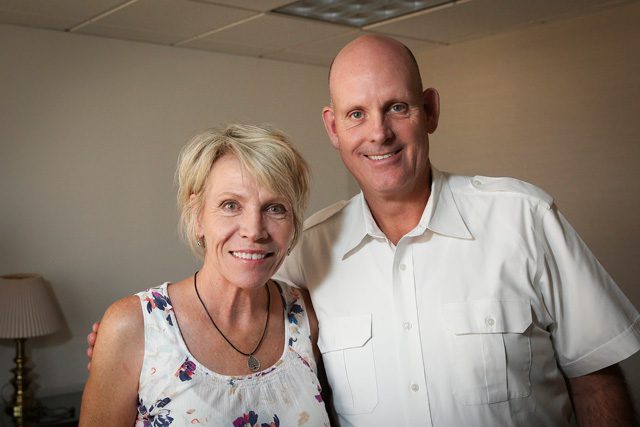 After her mother’s death in March 2015, Lisa Bayard, 60, found a single envelope in the bottom drawer of a filing cabinet. Inside was a birth certificate that contained only the two footprints of a newborn child and her mother’s last name in the top right corner.

The birth certificate belonged to her mother’s youngest child—a child Bayard never knew her mother had.

“Mom always said that the bottom cabinet had important things inside,” Bayard said. “I know that she wanted me to find it after she passed.”

Confused and full of questions, Bayard reached out to The Salvation Army Missing Persons department and found Lois Sellars, former Missing Persons employee and current volunteer, on the other line.

“She was helpful the second we connected,” Bayard said. “It was so comforting to hear a real person on the phone who was loving and caring.”

After receiving the call, Sellars started her hunt for the unnamed child.

“The first thing we do is access the original birth file from where the child was born, which was a Salvation Army Booth home in Denver,” Sellars said. “What enabled us in this case was that the initial file had the adoption agency in which [the baby] was placed.”

The Salvation Army created Booth maternity homes shortly after its conception to aid pregnant women—usually young ones—but did not establish any homes in the West until 1887. 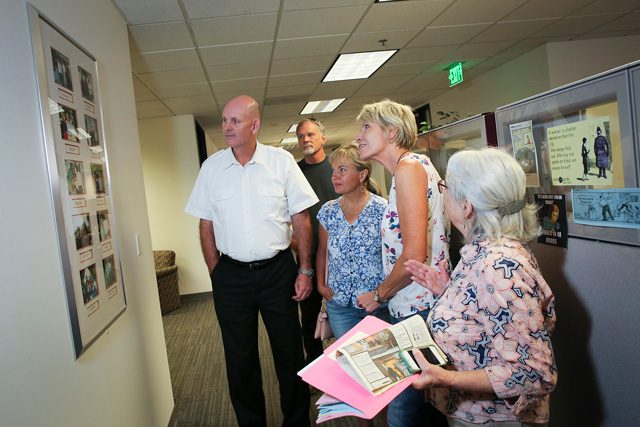 “When we contacted the adoption agency, we found that [Baynard’s brother] had made contact with them before to find his birth family,” Sellars said. “Thanks to that, the search was over to find him.”

“I had never really given it much thought growing up to be honest. My mother was always straightforward with me that I was adopted, so I always considered her to be my mom,” Lee said. “It wasn’t until after I had gotten married that I really searched to find out more about my birth family.”

After finding some information on his heritage and background, Lee “buried” the desire away to find his birth family.

“After the initial information, I just kind of stopped thinking about it,” Lee said. “It wasn’t until I received the letter on my desk saying I had a sibling that I gave it much thought.”

The day that Bayard and Lee, who live roughly 30 miles from each other in Northern Utah, met and had lunch was exactly one month from the day that Bayard contacted The Salvation Army Missing Persons department.

“The meeting was great and it was the start of something that had turned out be very special,” Lee said on his first meeting with Bayard. “It connected a lot of dots for the both of us.”

Both Bayard and Lee now have families of their own. Bayard has two children with Carl, her husband of 36 years, while Lee has four children with Susan, his wife of 31 years.

“Growing up, my mom always told us to put money in the red kettle when walking by,” Bayard said. “I never knew why but I can see now how much my mom was thankful for what The Salvation Army did for her.”