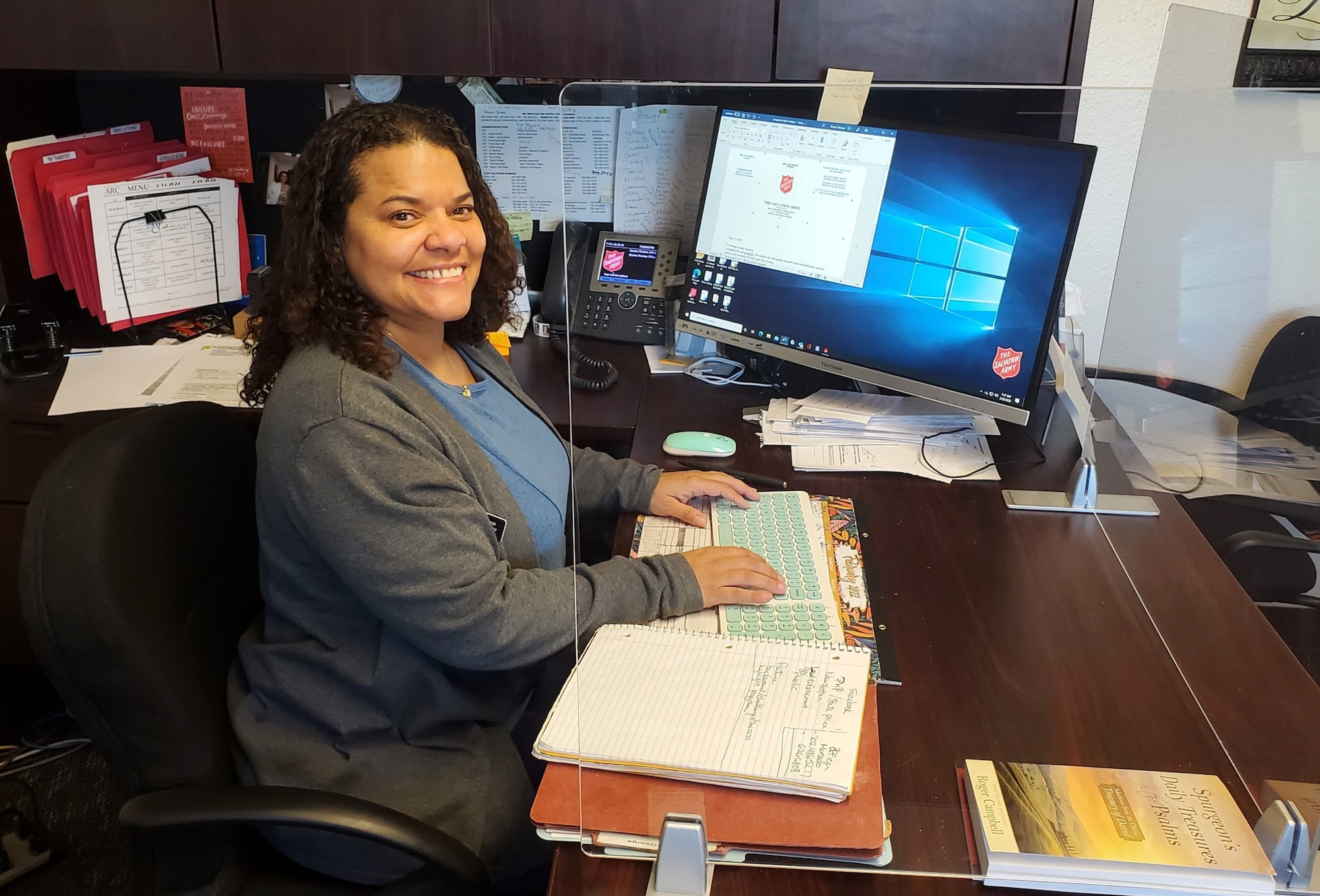 “Addiction doesn’t have to be the end,” Intake Coordinator Sharira Thomas said. “You can have a good life afterward.”

At The Salvation Army’s Adult Rehabilitation Center (ARC) in Las Vegas, Nevada, Thomas uses her experience with addiction to help others find recovery in the same place she found hers.

“I think that it’s amazing the way God took all of those things that I was so ashamed of and that I thought were going to ruin my life and he uses those things as a testimony to help others… like who would have thought that that could happen?” Thomas said. “Everybody that comes through my office door gets to hear about what God’s about to do in their life and what he did in my life.”

Thomas said she struggled with addiction for over 30 years.

In her early teens, Thomas said she began drinking and experimenting with drugs. “It wasn’t long before I started to lose everything…my job, my car, my children—and then my home,” she said.

Without a job, Thomas said she turned to crime to fund her addiction. After several arrests with the potential for jail time, Thomas said she completed The Salvation Army rehabilitation program for the first time in 2004. For seven years, Thomas said she “enjoyed sobriety” and began to focus on her growing family and career.

“Then I kind of stopped doing what I learned at The Salvation Army,” Thomas said. Drinks with coworkers, she said, “pretty quickly”  turned back into using her drug of choice, methamphetamines.

A year after her relapse, Thomas said she was fired from her job. Another year later, she said she was sentenced to prison for drug trafficking and possession of a firearm.

“I thought that I was just going to be an addict and a junkie and a criminal for the rest of my life… I didn’t see how there was a future for me,” she said.

Thomas said she was unable to find a new job—something as many as one in three Americans with a criminal record experience as standard background checks can make finding employment difficult.

Because of this she said she “went back to what [she] knew how to do best, which was drugs.”

After years of living in addiction, Thomas returned to The Salvation Army ARC program for the second time in 2019. 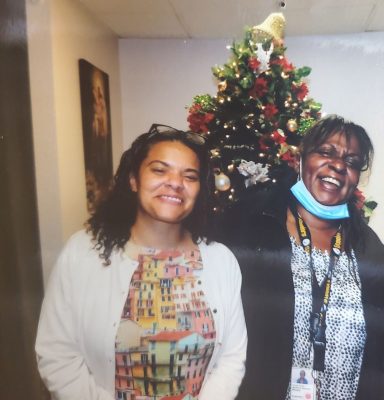 “She was a handful,” ARC Resident Manager Tonya Jones said. While Thomas said she wanted to be sober, she also “didn’t want to follow the rules,” leading her to be discharged from the program early on.

When Thomas left the program for the second time, she said her “addiction was waiting” for her. Only now, Thomas said she began to use heroin, which caused her to overdose in a friend’s garage that summer.

“That was kind of the beginning of a turning point for me,” Thomas said.

Thomas returned to The Salvation Army for a third and final time six months later. Five days into the program, Thomas said her mother came to visit.

“She told me that my middle son had shot himself and that he wasn’t going to make it,” Thomas said.

At the hospital, Thomas said she turned to God. “In my desperation, my heart was empty enough for me to really reach out and ask for God to help me,” she said. “That’s kind of where my relationship with God began.”

“That’s when the change started happening for her,” Jones said. “She just turned her life completely around. It was a spiritual awakening.”

While Thomas said program administrators told her she could leave the program to grieve at home, she decided to stay. “The people at Salvation Army surrounded me with love and comfort and support,” Thomas added.

“To see where she came from and where she is today, it’s just beautiful,” Jones said.

This time around, Thomas said she “started to really pay attention to what [she] was learning” in the program. Thomas said she no longer believed that her past defined her. “They taught me to put my guilt and my shame and my regrets at the foot of the cross and let Jesus bear those burdens for me. And they taught me that he had a plan for me…and after a while, I started to really believe it. There was so much freedom in that for me.”

As a “brand-new Christian,” Thomas said she wanted to find ways to give back and serve God.

“I remember telling my counselor that I wanted to work for The Salvation Army and I didn’t care if it was scrubbing toilets,” she said.

Before being hired on as the ARC’s intake coordinator in December 2020, Thomas worked in the Army’s thrift stores and warehouses.

“At the warehouse, [Thomas] said ‘I’m staying with the Army, I don’t care what I have to do,” ARC Chaplain and Counselor Vickie Young said. 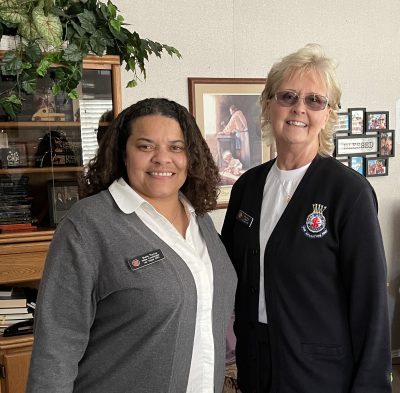 Young worked with Thomas throughout her time in the program and the two became very close. “I don’t know who counseled who, she counseled me or I counseled her,” Young said.

“She became a role model for other women as well,” Young added. In order to find success in the program, Young said beneficiaries need to find “a strong relationship with God” and “a passion for their recovery,” both of which she said Thomas found and shared with others.

“It’s good to see her thriving the way that she is and she has a great future ahead of her,” Young said.