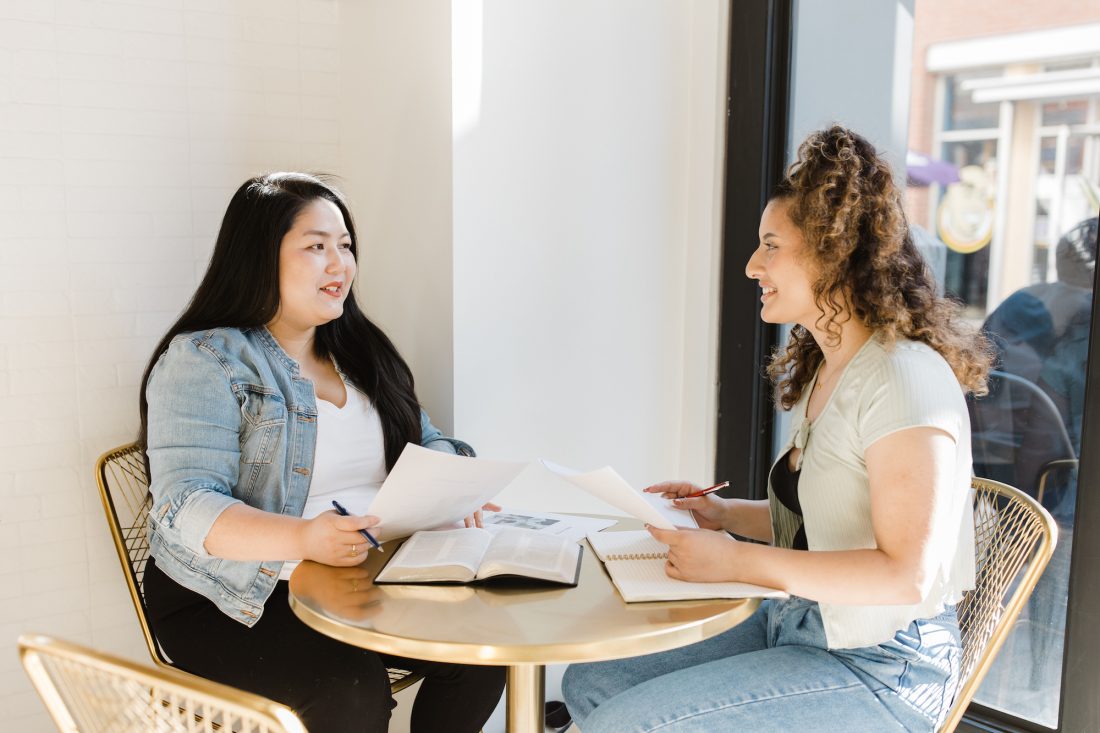 Who is God? How do you pray? How do you find your purpose in life? These are all questions tackled in Rooted, a 10-week program focused on cultivating community through discipleship that’s coming to corps throughout The Salvation Army Western Territory in March.

“It’s a group experience that reviews the basics of what it means to follow Jesus and what it means to be a disciple of Christ. It’s a chance to be in community with other Christians who pray for each other and encourage each other to reach out to those who don’t know Christ and make disciples,” said Lt. Colonel Lisa Smith, Salvation Army Western Territory Secretary for Program.

Smith introduced the idea of adopting Rooted in the West after hearing about the program, which came out of the Church in Africa. There, members of the Mariners Church from Orange County, California, saw Rooted in action, and then brought it to America and adapted it for American churches. Smith led a virtual Rooted group herself in the summer of 2020.

“The people I’ve done [Rooted] with, they’ve been Christians for years and we all felt like we grew from the experience. And it’s also accessible for someone who knows nothing about Jesus. Maybe they come to your corps and they want to know what it means to be a Christian…This is a place for people to start,” Smith said.

Smith said that her increased interest in bringing Rooted to the West stemmed from need.

“I’ve been a Salvation Army kid my whole life, and I’ve heard people say, ‘You know, The Salvation Army, we’re known for helping people and we do good works. But if we’re weak in anything, it’s discipleship. And really getting people grounded in what it means to be a follower of Jesus,’” Smith said. “If that’s true, that needs to change. I want The Salvation Army to be great at developing disciples that make disciples. Rooted is a tool to help us do that. I believe all our good works have to flow out of that inner relationship with Jesus.”

Smith worked with the Mariners Church to create a version of the experience for The Salvation Army audience, which offers opportunities for groups to practice discipleship together. This includes a prayer experience for Rooted participants to pray and fast together, as well as a service experience where the group goes out and serves the community.

“It’s your basic Christianity 101 experience of what it means to connect with God and the people of God in a church and your purpose in the world,” Smith said.

“I wanted them to experience what it was before we committed to it,” she said. “During the 10 weeks of Rooted our hearts were knit together in a way I was surprised at. It was a beautiful experience.”

Jacqui Larsson, Territorial Social Justice Ministries Director, was a participant in one of the first Rooted groups that Smith led in 2020.

Ahead of its official launch, Rooted has been piloted at several corps in the territory. This included the Santa Monica (California) Corps, which at the time was led by Lieutenants Erin and Chris Wikle.

“We were in the middle of the pandemic and we had not been meeting in person for worship for some time, but we [recognized] the need to keep our people connected in a meaningful way and in a deeper way than just hopping online and watching a service,” Erin Wikle said.

The corps launched its first three groups in the fall of 2020 and added a fourth after their success.

“The idea was really just to try and keep people actively pursuing Jesus during what was a really difficult time,” Wikle said.

The response to the program was positive among the corps, of which a large number of attendees come from the local Salvation Army Adult Rehabilitation Center.

Even after the 10 weeks, Rooted groups at the Santa Monica Corps continued to meet in what the program refers to as “life groups.”

“Rooted was a springboard for this becoming a way of life,” Wikle said.

And that continued community built through growing in discipleship is what Rooted is all about.

“I hope that everyone who experiences Rooted will find their lives being rooted and established in Christ through God’s Word and with the support of a community of faith,” Smith said.

Smith hopes that the launch of Rooted is just the beginning of its impact on discipleship in the West.

“Jesus told his followers to go and make disciples, and that wasn’t just for corps officers and the professional pastors. It’s our mission to preach the gospel and meet human need in Jesus’ name. And Rooted helps us do that,” Smith said. “I hope Rooted becomes part of our Salvation Army culture. I’m excited about its potential for getting people growing in the Lord, committed to their life with Christ and to sharing him with others.”