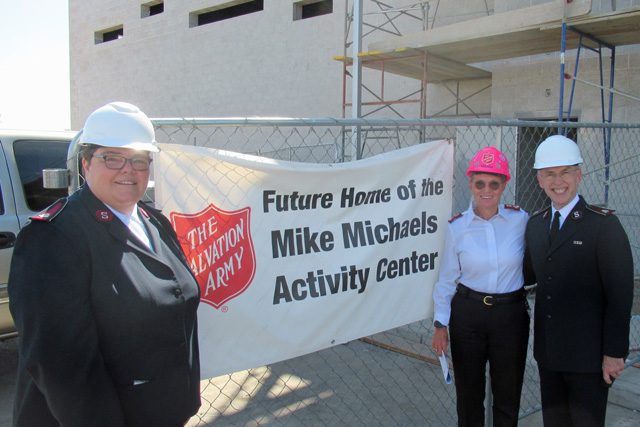 Hodder began his visit at the Phoenix Family Services, a 118-bed emergency family shelter. The facility is transformable to meet the needs of most family sizes and offers a holistic approach that includes legal, vocational and crisis counseling, as well as life skills and self-sufficiency groups. 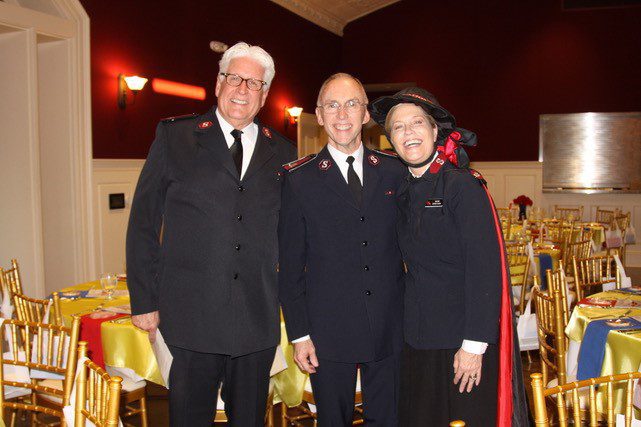 Major Barbara Sloan, Executive Director of Phoenix Family Services, took Hodder on a “hard hat tour” of the construction of the adjacent Mike Michaels Activity Center, which is scheduled to open in spring 2019. The center will follow a model of “Recreate to Re-create,” designed to restore normalcy to families by providing opportunities for them to learn and heal through play.

It is believed the Mike Michaels Activity Center will be the only facility of its kind in Arizona and also unique to The Salvation Army in the U.S.

Hodder wrote his name on a brick wall for posterity, listing one of his favorite Bible verses—2 Peter 3:18. 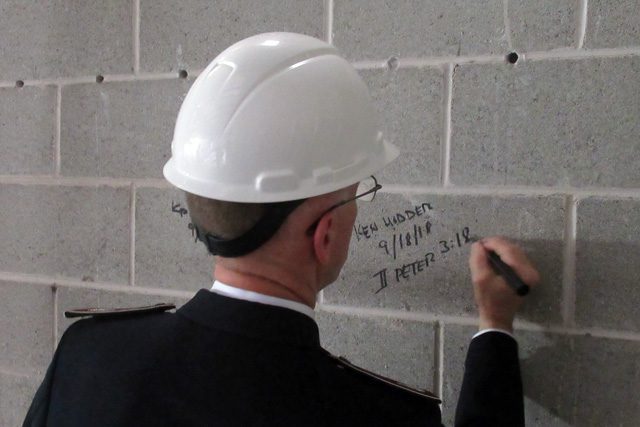 He next addressed a meeting of the Metro Phoenix Advisory Board, praising the work of the Army in Phoenix during the summer months and sharing his vision for the future of the territory.

Following the meeting, Hodder spoke with Kroger Corporate Affairs Manager of the Fry’s Division, Pam Giannonatti, whose relationship with The Salvation Army has spanned more than a decade.

Kroger kettling locations are the highest producing across the Western Territory and second nationally. As one of the Southwest Division’s most valued community partners, Fry’s Food Stores in Arizona also support The Salvation Army with turkey and school supply drives and providing food and additional resources for the annual holiday dinners that the Army hosts in Phoenix, among other efforts. 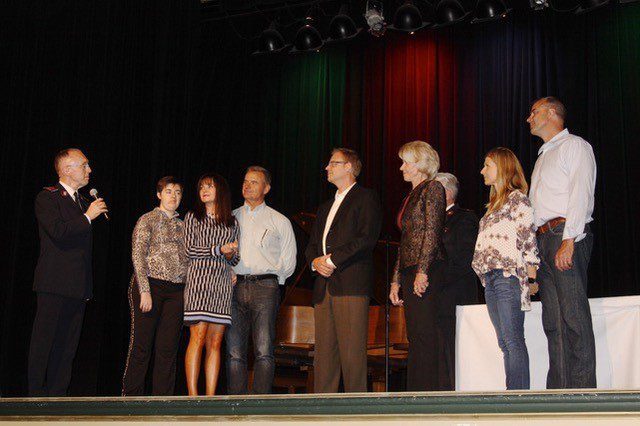 Hodder left headquarters for Prescott, Arizona, where he was welcomed by Majors Guy and Denise Hawk and Captain Mareah and Lt. Bryan Makowski ahead of the Prescott Corps’ celebration of the 125th anniversary of The Salvation Army serving Arizona.

As part of the festivities, Hodder presented an “Others” award to the Fain family, which has been part of the community since 1874. The Fain family is known for their civic service to The Salvation Army and several other community organizations and has made major land donations in the area.