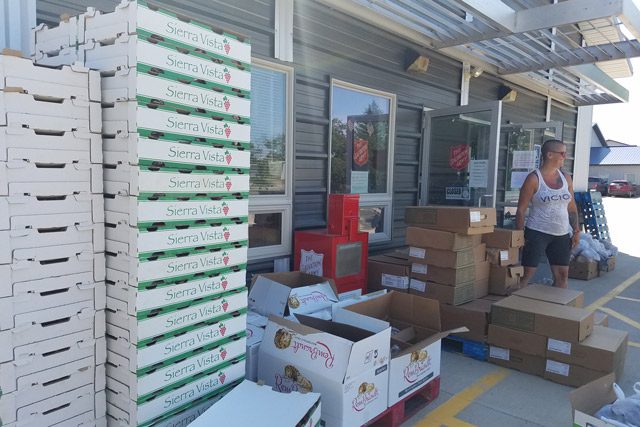 The Salvation Army meets needs of hundreds of families in one day. 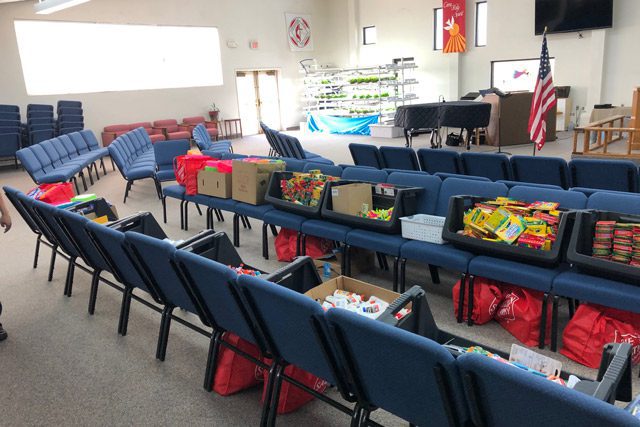 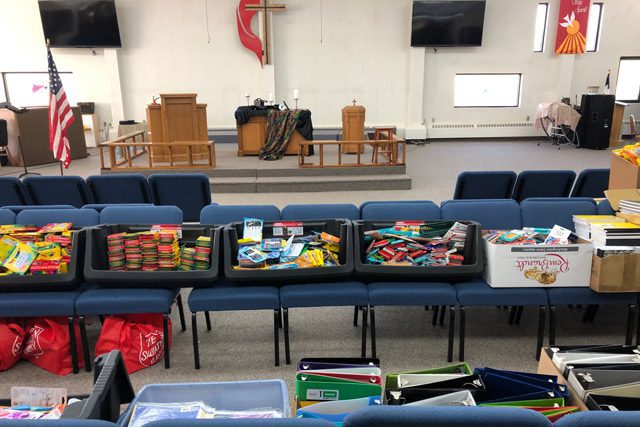 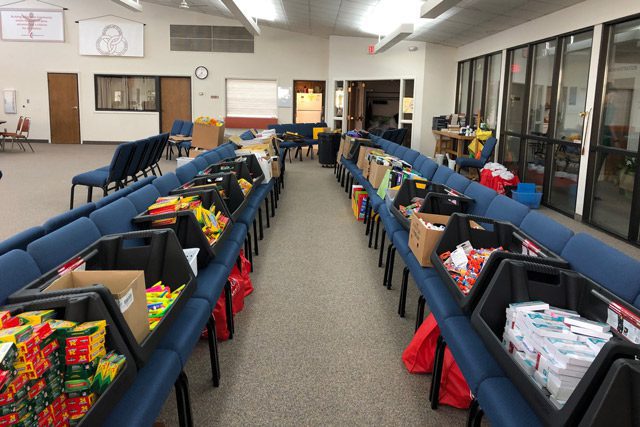 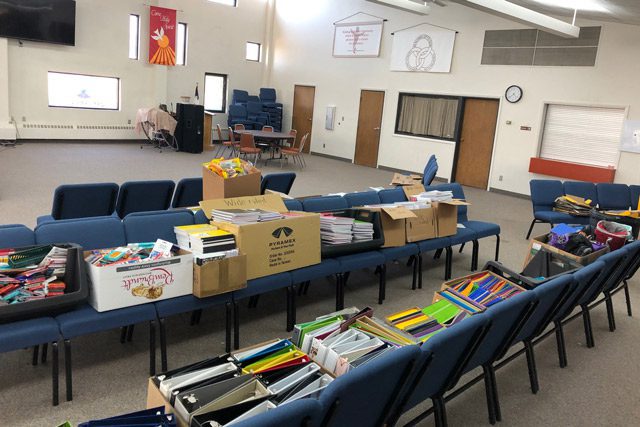 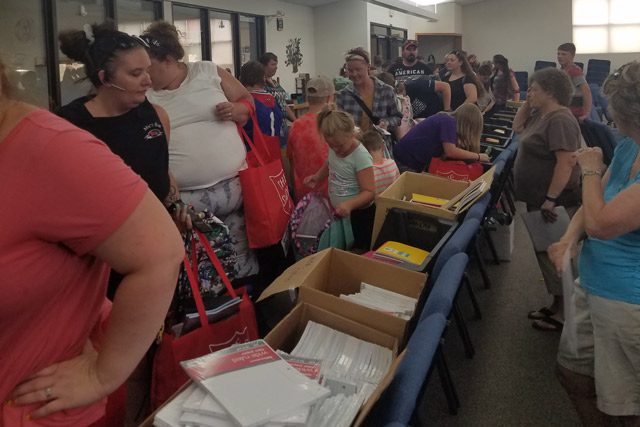 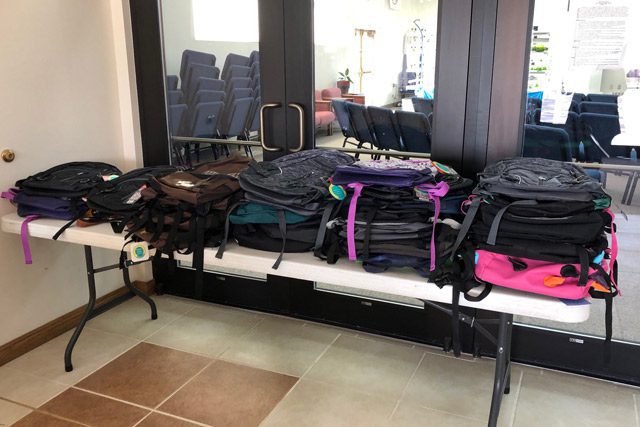 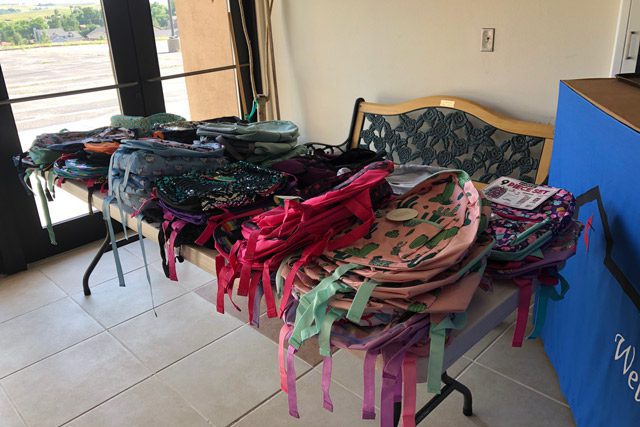 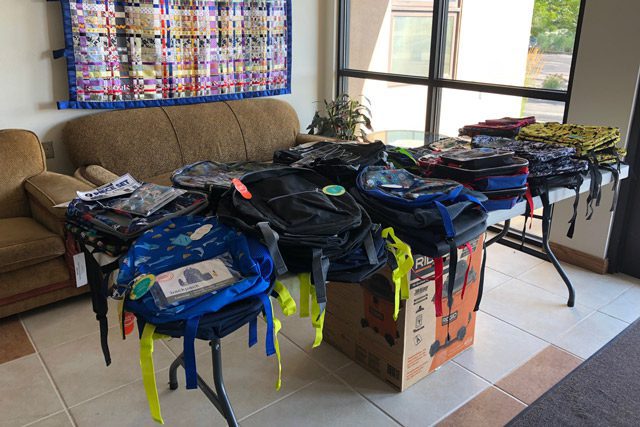 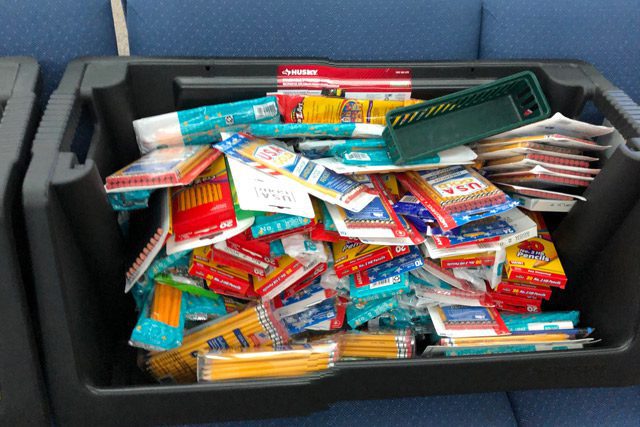 When the Blackjewel mining company shut down to restructure under bankruptcy laws, the sudden closure left hundreds of families in Gillette, Wyoming, in need—families unaccustomed to asking for help. On July 16, The Salvation Army service extension office—run single-handedly by Jennifer Nell—marshalled all its resources and served 565 families in one day to respond to the crisis. Typically the service extension assists about 1,000 people a month.

“Fossil fuels are ‘it’ for Wyoming, North Dakota and Colorado; the entire economy here is reliant on coal,” Nell said.

Gillette is the county seat of Campbell County, located in northeast Wyoming. Geographically large at 4,807 square miles, the county is home to about 50,000 people, many of them employees in the struggling fossil fuel industry.

When the Blackjewel shutdown occurred, people turned to The Salvation Army for help, and the food bank was running low.

To pull off the massive, one-day food distribution, Nell relied on a core group of volunteers and assistance from local banks, grocery stores and the Wyoming Food Bank of the Rockies. The first issue Nell dealt with was a need for more shelves.

With help from Pinnacle Bank, ANB Bank and Home Depot, they acquired six sets of shelves, 7 feet high by 8.5 feet long, which arrived just in time to hold six extra food pallets from the Wyoming Food Bank of the Rockies, who then donated 10 more pallets, including six pallets of fruit and a pallet of chicken.

Twenty volunteers, many from The Church of Jesus Christ of Latter-day Saints (LDS) and from Just Serve—an LDS group—organized the food and put it away.

“It’s been a great community effort,” Nell said. God is so good! I had no idea how we could pull this expansion off and God provided everything for us.”

“Our Gillette team is doing a remarkable job in responding to the local crisis caused by mine closures which have put hundreds of families in a precarious position,” Mike Dickinson said. “Not only is our team providing service with dignity and respect to every individual, but the community as a whole has stepped up and provided many additional resources for us to distribute to those in need. My heartfelt thanks goes to Jenny and her team of volunteers as well as donors who are indeed, ‘Doing The Most Good’ for the hurting families in Gillette.”

Nell said the service center aims to get people back on their feet by providing food, help with rent and utilities, job skills including resume writing, and specialized clothing for certain jobs. She provides some case management as well, such as helping women acquire health care. She also distributes Bibles and connects people with one of 35 local churches.

On the day of the distribution, Pinnacle Bank Market President Dan Johnson volunteered all day with the bank employees, who received their normal pay for the day. When the distribution concluded, some fruit was left over, so Johnson loaded it into his truck and drove 100 miles to another town in need of food.

Nell said she’s given lots of hugs to people in recent days.

Most of these families never had to ask for help before. “They were the ones giving,” Nell said.

She overheard one boy, about age 8, as he talked to his mother in the food pantry.

“Mom, I feel kind of bad about taking this food,” he said.

Nell was able to ease his mind.

“You know how when you go to the bank, sometimes you take money out, and sometimes you put money in,” she told him. “That’s what this is. Today, you’re taking something out. Later, you’ll come back, and you’ll put something back in.”

“We’re all in this life together,” she said.

Nell reports that since the distribution the mine is tentatively being sold to Contura Energy—the company that sold it to Blackjewel 18 months ago. She said that about half of the laid-off workers have found new jobs and are starting to receive paychecks. They lost wages and benefits from Blackjewel. The Salvation Army has helped most of these families with food, utility bills and school supplies. At a recent event, the service center gave backpacks to 370 kids—at $50 per backpack, that’s a total value of $18,500!