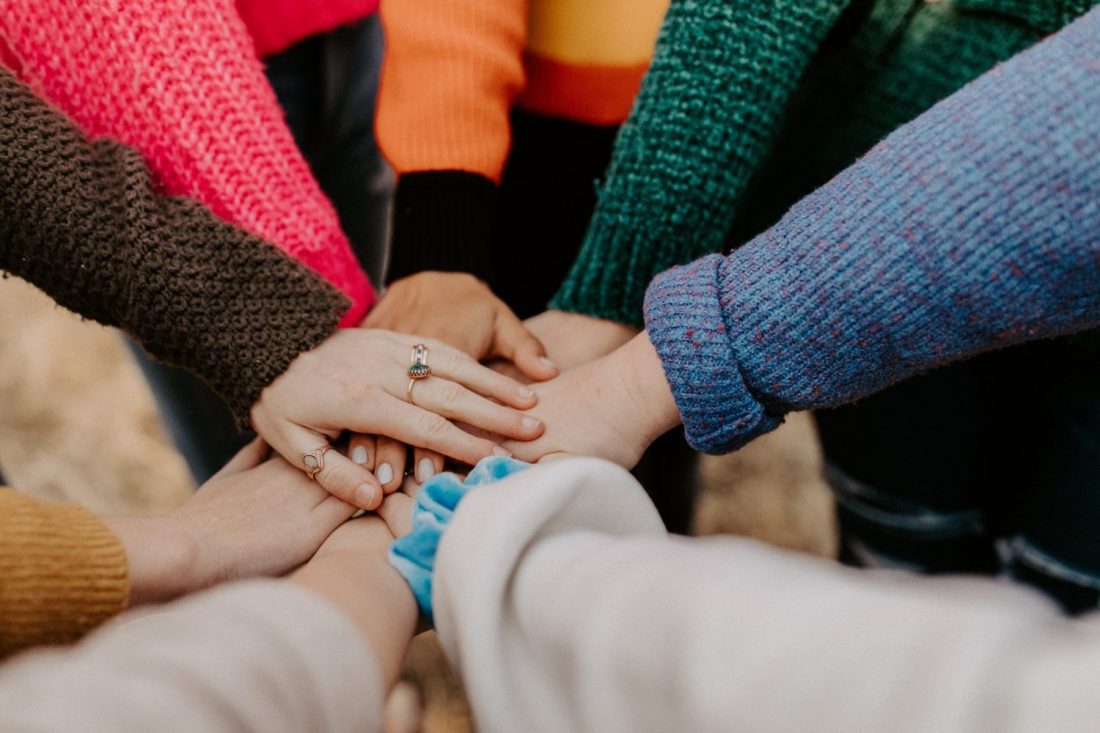 The virtual celebration will embrace the theme, showcasing the voices of Salvationist girls from all over the world through dance, art, music, poetry, drama, speeches and more. Additionally, a small group discussion will take place via Zoom immediately following the event to further discuss what it’s like to be a girl in the church.

“We’re doing this because we have girls…who have talent. We have girls who have skills,” said Major Victoria Edmonds, ISJC Senior U.N. Representative and intern trainer. “And we want girls’ voices to be heard.”

It was the ISJC interns who put the event together, really taking the theme of equality to equity to heart.

“We’ve heard about equality for so long,” said Jean Nangwala, ISJC intern. “But equity is really important for us. It’s being in a space where everyone can experience the same thing and have the same access. This event embodies that by having all zones come together to speak on these particular issues of growing up as a girl in the church, expressing their opinions, and sharing their talents from their perspectives—not just from one perspective. We wanted everyone to be part of it.”

She and her fellow interns believe that this conversation on equity is needed.

“Changing culture is sometimes more difficult than changing policy. The Salvation Army has done a good job of, on paper, not limiting women. We are proud of the fact that women are allowed to preach and make decisions. But culturally, we still don’t have that equity there. Women still don’t preach as much. Our Corps Council still isn’t evenly divided,” said Sandra Irvin, an ISJC intern. “It really comes down to empowering girls from a young age. The [Salvation Army’s] beliefs are solid. We just need it in practice and we need to empower girls to step into those spaces as they get older.”

The ISJC intern team believes that the event is a step in the right direction for The Salvation Army.

“We went out of the way to make sure girls all over the world were represented,” Irvin said. “That’s the difference between equality and equity. Simply inviting girls to talk is different than pursuing those relationships with girls and young women from diverse backgrounds and cultures and making sure they feel represented and heard.”

Nangwala also stressed the importance of representation at the event.

“It’s also exciting for young girls to see a representation of themselves—someone of their background, someone who understands them, and someone who could give them the same platform that they need at their corps, temples, and citadels,” she said. “It’s really important that they’re all represented in this event and we continue representing them because girls are going to grow up into women and women leaders and officers. This is really important for us to empower girls as they grow old in their identity and leadership and all [of] that.”

And among those represented at the event are girls from The Salvation Army USA Western Territory, including Adriana Gonzales, 17, of the Clovis (California) Corps, and Yaremi Sanchez, 18, from the Redwood City (California) Corps.

Gonzales submitted a poem on the wage gap existing between men and women.

“Equal work deserves equal pay…It’s a very taboo thing to talk about, but it’s very necessary to talk about,” she said. “I’m hoping that viewers will understand the importance and the dire need to lift one another up, especially those who are struggling.”

“I believe God put me in this situation so I would one day be able to say it and inspire other girls with passions,” she said. “ I want other girls to understand that going out of your comfort zone sometimes is tough, but you can get through it if you have a passion for it or just really want it. Anything is possible really if you really want it.”

They’re looking forward to the event and the opportunity to inspire other girls.

“I’m most excited to be participating in something bigger than myself, and possibly being a role model to girls not just in my corps, but around the world who are viewing my piece,” Gonzales said.

And the main objective of the event is just that.

“The goal is to really make the girls who have sent in these submissions…feel like the whole world is listening and to feel like they are valued and their perspective matters,” said Rebekah Norton, ISJC intern. “We’ve got some really good content that we’ve heard from them that I think the world needs to hear.”

But also the goal is to learn.

“Our goal is for us to learn what…girls are facing globally, and realize that within The Salvation Army, we may be an international Army, but all of us around the world deal with different issues,” Edmonds said. “We’re hoping that they will realize that yes, they can speak out. Yes, they do have a voice. And yes they are being heard because international leaders will be on these calls. It may be that one of these girls will bring up a subject that international leaders had never even thought about. But it will be brought to light.” 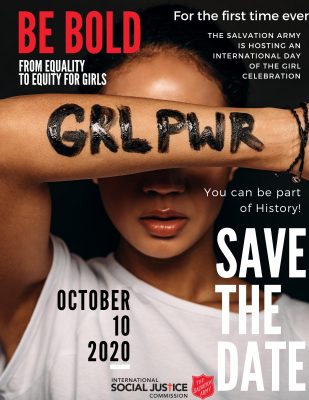