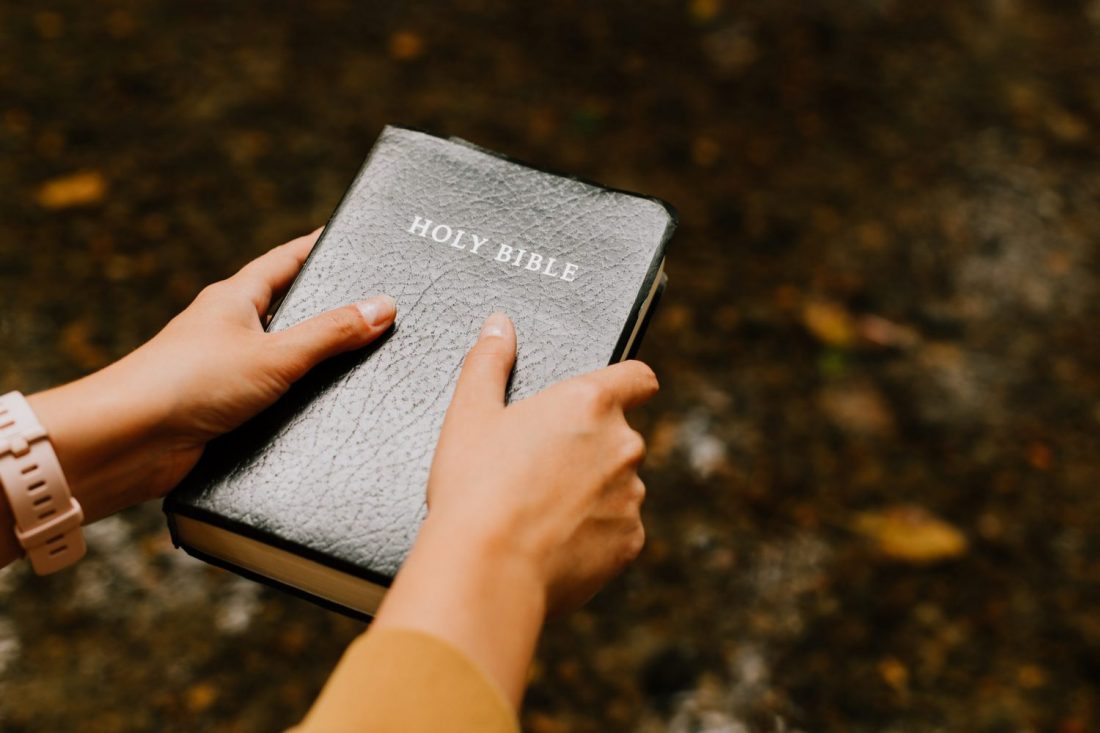 Human trafficking strikes at the heart of what it means for humanity to be created in God’s image. It dehumanizes individuals who are trafficked, denying them their God-given value and worth and robbing them of their dignity and autonomy. Motivated by profit and greed, trafficking turns human beings into commodities.

Traffickers prey on people in vulnerable situations, such as poverty and desperation. Trafficked people are oppressed and enslaved, losing their freedom through coercion, fear, false promises, or deception. Body, mind and spirit are affected.

Trafficking of fellow human beings is not new. The Bible tells the story of Joseph, who was sold by his own brothers (Genesis 37:28). Joel records how the defeated nation of Israel was scattered and its people traded (Joel 3:3). Amos describes poor people being sold, trampled on, denied justice, and oppressed by their own people (Amos 2:6-7).

Yet God’s concern for justice is also made abundantly clear in the Bible. Set free from slavery in Egypt, the Israelites were called to live differently from surrounding nations—as God’s covenant people. They were told never to forget what it was like to be exploited and oppressed (Leviticus 19:33-34). The Levitical code set out God’s instructions to ensure protection and provision for disadvantaged, poor, and vulnerable people such as strangers, widows, and people living with a disability (Leviticus 19:9-18).

The psalmist testifies that God upholds the cause of those who are oppressed, people who are hungry, prisoners, individuals who are bent down, strangers, orphaned children, and widows (Psalm 146:7-9). The prophets declare that God loves justice (Isaiah 61:8), and they call for it to “roll on like a river” (Amos 5:24). The obligation is clear to “act justly, love mercy, and walk humbly with your God” (Micah 6:8).

These three passages evidence the restoration God offers to the exploited, the freedom Jesus wants for the oppressed and how new life is possible for the broken.

God offers restoration to the vulnerable and exploited.

In Genesis, we read an early account of human trafficking in the life of Joseph, who was sold into slavery by his brothers. In Egypt, Joseph was a slave to Pharaoh, and he was thrown into prison when Pharaoh’s wife lied after being rejected. But even in the darkest times of his life, God was still with Joseph. God gave Joseph favor with Pharaoh, and eventually he was put in a position to help his family. God also gave Joseph the opportunity to forgive his brothers and reconcile his family. In the story of Joseph, we see an example of how God brought good out of a situation that was clearly meant for evil.

God does not approve of slavery and exploitation. In the story of Joseph we see that God used something that his brothers meant for evil and instead used it for good. This is not an endorsement of evil, but a testimony to God’s redeeming work. Human trafficking touches things all around us, including the food we buy, the entertainment we enjoy and the clothing we wear. There is no such thing as a victimless crime. When we act selfishly in these matters, it affects the vulnerable (Romans 2:8 and Galatians 5:19-21).

God is with us in our pain. The Scripture reminds us multiple times that “the Lord was with him.” God never abandoned Joseph. Joseph was betrayed by his family, enslaved, falsely accused and wrongfully imprisoned, but God’s presence was always with him. Though people disappointed Joseph, God never failed him. Even in his darkest, most painful circumstances, God was with Joseph. Wherever you are, God is there with you, too (Hebrews 10:23).

God brings good from evil. God is a God of restoration. What others meant for evil, God was able to use for good. Sometimes others will try to harm us or use us for their own benefit. Sometimes they succeed. But God is never blind to our pain. God sees. God knows. God cares. God is able to bring both healing and restoration. And God can use us to bring his healing and restoration to victims of trafficking and exploitation.

Jesus wants freedom for people who are oppressed

After Jesus returns from being tested in the desert, he goes to his hometown. In the synagogue where he grew up, he is given the scroll of Isaiah to read. He opens it and chooses the passage he wants to read: Isaiah 61:1-2. Then he sits down and announces that he is the Messiah and this is his mission. He has come to bring good news, proclaim release and healing, and offer freedom. Jesus came to offer salvation that starts in the here and now. As the Body of Christ, we are charged with the same mission: to offer new life and freedom to those who are oppressed—including victims of human trafficking.

Jesus announces his mission as Messiah. Jesus has just returned from 40 days of being tested in the wilderness, and he begins his public ministry. He had been performing miracles and people were paying attention, but in this moment, he announces that he is the Messiah. He is handed the scroll from Isaiah. Of all the passages he could choose, he picks Isaiah 61:1-2 and tells those gathered that the words are fulfilled in him. Jesus came to bring good news to the poor.

Jesus came in the power of the Holy Spirit to communicate, or announce, good news to the poor. There has been much debate about whether “the poor” means those who are poor in spirit or those who are materially poor, but it’s not an either/or. Luke consistently references those who are living in the margins of society. The word in the passage is ptóchos, which creates the image of someone who is cowering or bent down—like a beggar. Being “poor” was more than just being without money; it was also being without a voice, influence and position. To be poor was to be downtrodden. As a result, they were powerless to change their condition and were often victims of exploitation and oppression. But Jesus also came to bring good news to those who are spiritual beggars—those spiritually broken and in need of a restored relationship with God.

Victims of human trafficking fall into both categories. They are exploited and oppressed because they are vulnerable and powerless, so someone else controls their lives. They also need the healing and wholeness that comes through a restored relationship with God.

Jesus was sent to bring release and freedom. God sent Jesus to proclaim—to declare—that captives would be released, the blind would see, the oppressed would go free. He came to do more than talk about how things should be; he came to fulfill the words. He came to embody the year of the Lord’s favor—an allusion to jubilee, a year of freedom and release from bondage and debt. Jesus came to release us from the things that keep us in bondage. This can be properly translated as forgiveness of sin, and it also includes release from forces that oppress people in physical ways. Jesus came to restore God’s image in us—to free us to live with God-given dignity.

Victims of trafficking need forgiveness for sin—just as we all do. But in order to live as God created them to be, they must also be freed from physical bondage and oppression. We need to ask ourselves: Are there things we are doing that are keeping others enslaved? Are there things we could be doing to release others from bondage and offer freedom?

Through Christ, new life is possible for those who are broken.

While journeying through Samaria, Jesus encountered a woman at a well. Jesus broke the socio-cultural norms of this day by talking with her. Not only was it unheard of for a man to speak to a woman in public, but Jews also hated Samaritans. This woman, who had five husbands and was now living with a man who was not her husband, was also rejected by her own community, which explains why she’s drawing water at the hottest time of the day. Yet Jesus not only spoke to her, but discussed a deep theological truth with her.

In her encounter with Jesus, the woman found acceptance, forgiveness, grace, and a new beginning. Jesus did not define her by her past but as someone made in God’s image and worthy of love. Our past mistakes don’t have to determine our futures. God always offers the chance for a new life. And God wants to use his church to offer new life to individuals who have been exploited through human trafficking.

Jesus valued the woman enough to go find her. This was a woman so looked down on by her community that she preferred to face the noonday sun over the judgment of other women at the well. Yet Jesus cared enough to seek her out at that particular well during that particular time. Jesus knew the woman would be coming, and he went there to meet her. Today, individuals who are victims of human trafficking and exploitation also face prejudice and social stigmas. They need to know that God values them and searches for them.

If Jesus had stayed within the bounds of what society considered acceptable, he would not have spoken to her. Likewise, we also have to be willing to get outside our comfort zones to reach those in need of God’s love.

Jesus helped the woman come to a better understanding of who God is. The woman’s conversation reveals a few clues about her beliefs about God. She thought of God as confined to a place—this mountain or in Jerusalem. She thought of the Messiah as someone who might perhaps show up one day—not someone that could change her present reality. Perhaps, given her background, she thought of God as being for other people—not for someone like her. Jesus reveals truth to her: that God cares more about the hearts of his worshipers than the place they worship; that salvation is immediately available; that God cares enough about her to sit down on a dusty well in the heat of the day and have a conversation. It changed her life.

Jesus offered the woman new life. Jesus’ disciples went into the town to buy food and returned to Jesus apparently without mentioning him to the townspeople. Yet the woman abandoned her original purpose of drawing water, left the jar at the well, and ran into town to tell all the people about this man who just might be the Messiah. Before meeting Jesus, her past condemned her. She had few options but to go from one man to another as a way to survive. Jesus did not judge the woman, but neither did he excuse her sin. Jesus lovingly confronted the woman’s past and offered her a chance for a new beginning. In Jesus, this woman found a way to begin again. Today, trafficking victims need that same opportunity for a new life. Survivors of trafficking need healing and help. We have a chance to offer them the grace and hope of Jesus.

There is much we don’t know about the woman’s story. Where did she sleep that night? What new skills did she need to learn to survive? What physical or emotional scars needed healing? Did she stay in that village or find a new place where her past was not so well known? Likewise, for trafficking victims today escaping their circumstances is only the beginning. They need treatment for physical or mental wounds. They need to learn new job or social skills. They need to learn how—and whom—to trust. But the woman’s story gives us hope that it is possible.

Now, as then, God is in the restoration business.