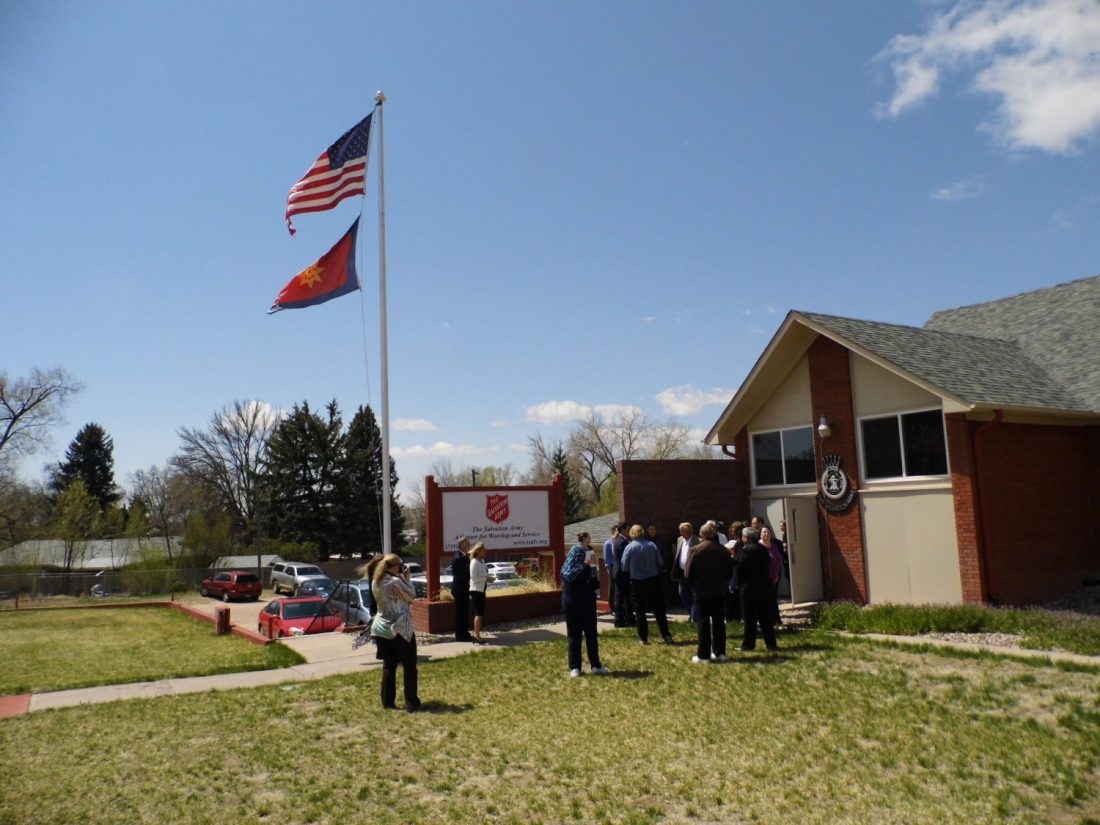 The Salvation Army purchased the building in September 2016 from Security Baptist Temple and became fully operational there in January 2017.

“This dedication has been 18 months in the making but it finally happened,” said Captain Christin Fankhauser, Corps Officer in Fountain Valley with her husband, Caleb. She added that the corps continues to share the building with Security Baptist Temple and regularly partners with them in ministry. In his comments, Starrett acknowledged that the building had already been dedicated to the Lord under its previous owner, and that this event celebrated The Salvation Army “taking up the mantle” and moving forward in its mission to expand its services within the community.

“The event was a significant opportunity to highlight the work of The Salvation Army in Fountain Valley and to express how blessed we are for a new building that will enable us to expand our reach in the community through ministry and service,” Fankhauser said.