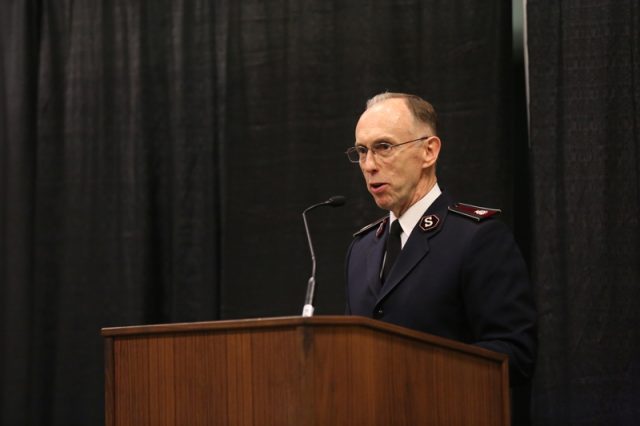 It’s a traditional national motto, etched into our coinage, currency and a wide variety of monuments. The Latin phrase “E pluribus unum” (“Out of many, one”) made its first appearance in 1776 as part of the initial design for the Great Seal of the United States, and even today, it reminds us of the way in which Americans value both diversity and unity. By emphasizing diversity, we demonstrate our appreciation for the unique contribution that every person can make to the well-being of our country. And at the same time, stressing unity helps to bring us together to address common concerns.

For the Christian, this connection between diversity and unity is nothing new. Think about it. As people whose lives have been divinely transformed by the power of Christ, we proclaim him as the foundation for our personal identity. Each of us has been saved through his sacrifice, holds the personal promise of eternal life because of his resurrection, and through the power of the Holy Spirit, finds in Christ the motivating and directing force for daily life. Yet at the same time, Christ also functions the head of the Church, the Lord and Master of all, and so we as an Army look solely to him for direction. As Paul reminds us in Ephesians 4:16, Jesus Christ is the head from which the whole body, joined and held together by every supporting ligament, grows and builds itself up in love (Eph. 4:16).

This issue of New Frontier Chronicle demonstrates that our territory is taking these gospel truths seriously. When we bring together Salvationists and friends from all backgrounds and walks of life to plan for the future and increase the scope and effectiveness of the Army’s ministry, we are implicitly encouraging them to become everything God intends them to be. We want to hear what everyone has to say. We want there to be open and respectful conversation about how the Army can better declare the gospel of Christ and meet human needs in his name without discrimination.

At the same time, our conversations give substance to that wonderful scriptural image of the “Body of Christ.” After all, just as the physical body is a separate entity, the Army has been brought into being as a distinct institution, a unique combination of divine and human elements that is simultaneously separated from but also involved in the world around it. In the end, our movement is a living, growing organism that, despite the diversity of its many parts, possesses ultimate unity and harmony in him.

The most wonderful thing to remember, though, is that Christ is capable of feeling for the body. In Ephesians 5:29-30, we read that, After all, no one ever hated their own body, but they feed and care for their body, just as Christ does the church—for we are members of his body. This means that Christ sees to it that the Army has what it needs at the appropriate time. He watches over us, both individually and corporately, and he is intimately concerned with all that affects us.

Of course, the scriptural idea that the Church is composed of different people who serve one Lord is not unique to the Army, but our rich heritage does demonstrate in stark terms that when Jesus Christ directs a living, breathing, and growing Army, the results can be astonishing. At the 1904 International Congress in London, the Founder declared that the Army was “part of the living Church of God—a great instrument of war in the world, engaged in deadly conflict with sin and fiends.” Years later, General Bramwell Booth echoed that idea when he wrote that Salvationists were “commissioned by the Holy Ghost to represent him to the whole world.” So as individuals, and as an Army, we are his to direct. May it always be so.