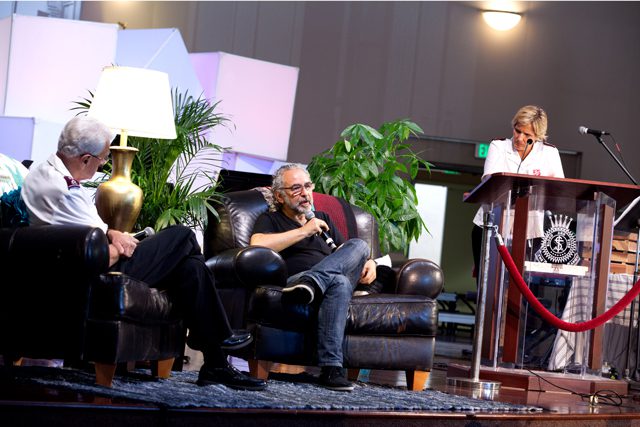 Weekend conference empowers missional Salvationists to reach out to the least and the lost. 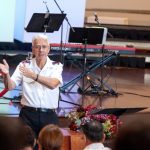 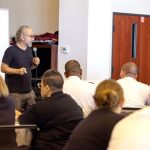 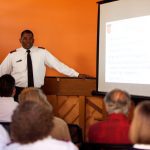 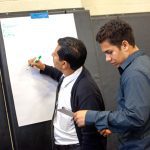 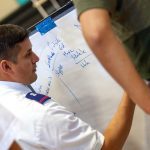 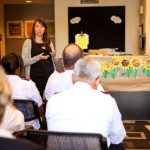 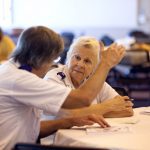 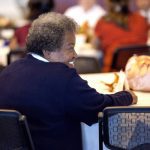 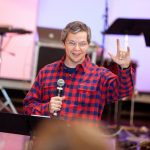 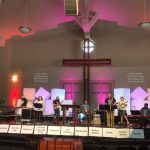 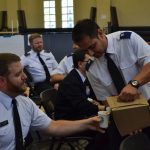 Ask an average person to define The Salvation Army in one word and the response will likely be “organization” or “nonprofit.”

In its early years, though, The Salvation Army was edgy and a bit dangerous. A movement within the evangelical Christian church, its mission was clear: save the lost and love the unlovable. It existed outside the mainstream. Over the years, the institutionalization of The Salvation Army made it the trusted organization it is today.

But is The Salvation Army now too safe?

The Community in Mission conference, held Sept. 30-Oct. 1 at the Tustin Ranch Corps in Southern California, brought together almost 350 Salvationists to consider what The Salvation Army is in today’s world, looking at its evolution over 151 years and its place in church history with the goal of reviving the Army as a missional movement–not by doing what the Army did in the 19th century but by implementing time-appropriate strategies.

The idea for the conference–a joint endeavor of the College for Officer Training at Crestmont (CFOT) and the Southern California Division–began when CFOT Assistant Principal Major Rob Birks read “Community in Mission,” by Phil Needham, and envisioned a conference built around it. With the support of Western Territorial Commander Commissioner James Knaggs and Frontier Press, he also arranged to reprint the book, previously out of print.

“Why do we need this conference?” James Knaggs asked. “What makes a difference to a dying world?”

Needham and Hirsch tackled those questions in the main sessions. Hirsch, the author of several books, is a thought-leader and key mission strategist for churches in the Western world. Needham, a retired Salvation Army officer, ministers through speaking engagements and writings, sharing his passion for the missional church. Needham formerly served as Western Territorial Chief Secretary and retired as Southern Territorial Commander.

Before diving into the first session, Needham acknowledged Commissioners Knaggs as mission-driven leaders, willing to do what works and to take risks for the Lord. He then pursued the questions about The Salvation Army and its purpose that the rest of the conference would explore.

Earlier that day at Western Territorial Headquarters (THQ), Needham spoke to employees for the annual “Missions Day.” He discussed how The Salvation Army came into being–the need it filled in 19th century England. It was truly a movement then, willing to take risks to save souls. As the Army gained acceptance, it became institutionalized, subject to policies and procedures. The danger is that as the movement becomes safe, growth falls off, and the “process” (policies and procedures) can bury the original mission. 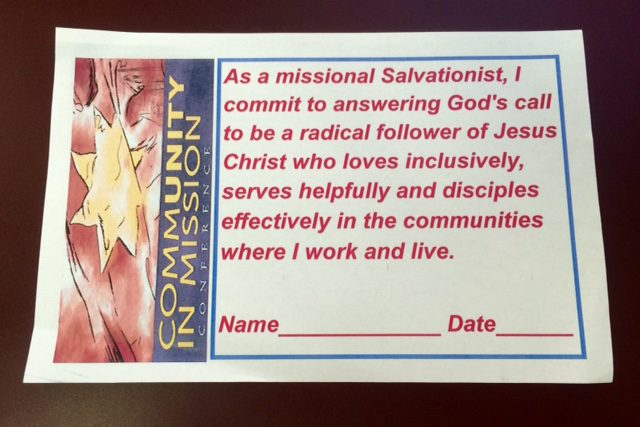 “What is our mission?” Needham asked. He directed THQ employees to page 351 of The Song Book of The Salvation Army for the Army’s rather lengthy international mission statement, and asked if this statement met three criteria for a good mission statement: 1) Is it brief and recitable? 2) Does it provide the group’s ultimate purpose? and 3) Who does it?

Needham suggested that the international mission statement is a good one for an institution or organization, but not for a movement. During his time as Southern Territorial Commander, Salvationists there came up with their own mission statement.

“The Salvationists of the Southern Territory are answering God’s call to make radical followers of Jesus Christ who love inclusively, serve helpfully, and disciple effectively in the communities where they live.”

Needham said he would add the word “all” before “communities” to emphasize that the ministry of Salvationists does not occur just in the corps, where soldiers spend perhaps five percent of their time, but in all the other places, where they spend 95 percent of their time.

Identifying the Army’s mission and how Salvationists embody it versus how they might embody it occupied the main sessions and breakout sessions. Hirsch discussed church history and the forces impacting the effectiveness of a movement or church. He even brought up an episode of The Simpsons, “Missionary: Impossible,” when Homer appeals to “Jebuz” for help. 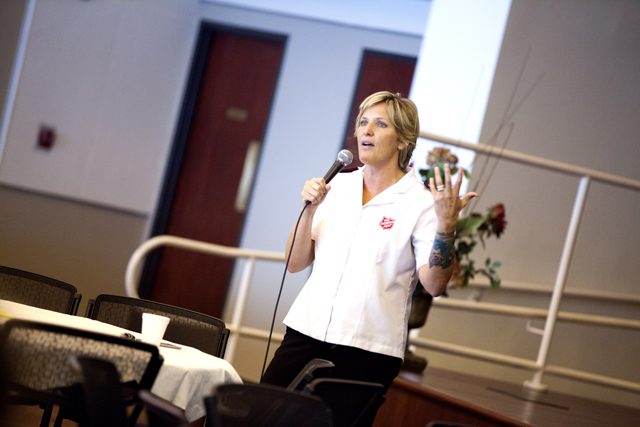 The final session looked to the future. Major Danielle Strickland, Territorial Social Justice Secretary, posed questions to Needham and Hirsh, who sat in armchairs on the stage.

“What are mission killers in your experience?” she asked both men. Needham responded: “To lack boldness…fear of failure. Take a risk. Reach out beyond yourself. The Holy Spirit will step in and help.”

Hirsch said that the church should be an advancing body, not on the defense. “[It’s] designed for world transformation, not domination,” he said. “Church is the most powerful agent of change in the world when it’s doing it right.”

Strickland asked Needham what three things he’d do now if he could start again. Number one, Needham said, would be to take the Jesus of the gospels seriously, and to preach “rubber meets the road holiness.” Second, he said he would be a discipler, and third, he would encourage, empower and trust people in ministry to try different things.

Strickland asked Hirsch his advice to The Salvation Army, moving forward. “Find the means to experiment, an entrepreneurial edge, a willingness to fail,” he said. “Keep a strong eye on the institutionalization. Don’t lose ninjas–strong people–because the organization is too rigid.”

Southern California Divisional Commander Lt. Colonel Kyle Smith closed the conference with powerful words. “We need a revolution,” he said. And echoing Knaggs’ words from the opening session: “If not us, then who? If not now, then when?”

He vowed to support the officers in the division in their ministry. “Southern California officers: you can do what you want, within reason.”

Finally, it’s all about the mission.

“We need to be missional,” Smith said. “We can be Jesus to the people around us. It’s up to us. I pray that we leave here with a new passion to be Jesus to the world, to reach out to our communities.”

For a copy of “Community in Mission,” visit Frontier Press.