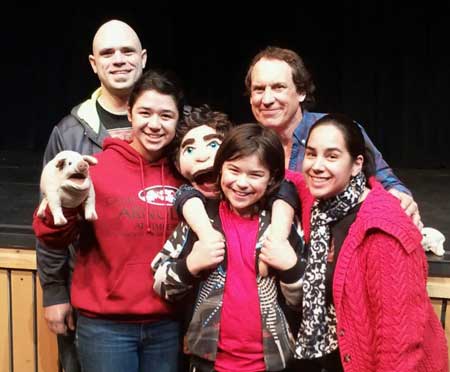 Proceeds from the Love for Laughter show benefit the corps.

Comedian and ventriloquist Taylor Mason appeared at the Love for Laughter show at the IKEA Performing Arts Center in Renton, Wash., to raise money through ticket sales for the remodel of The Salvation Army Renton Corps.

“From [Mason’s] one-liner jokes, comic display couched in his musical talent and the wonderful ventriloquism with puppets, the audience of all ages was well interested and amused with his God-given talent,” said Captain Christopher Aird, Renton corps officer.

More than 250 people attended, raising over $4,000 that will help further the ministry and services of the Renton Corps in the community. Renton’s Corps Council came up with the idea for the fundraiser as an alternative to the traditional annual dinner.

In October alone, the corps helped 1,835 residents through its food bank. It also offers a free weeknight community supper and after-school programs for local children. The remodel will allow youth ministries to take place during the community supper, which happens seven nights a week.

Further remodel improvements include adding operable walls between the chapel, the fellowship hall and the new multi-purpose room, fire sprinkler suppression throughout the entire building, showers for the homeless, a “cry room,” revamping the offices for maximum operational flow, and upgrading the kitchen to commercial grade.