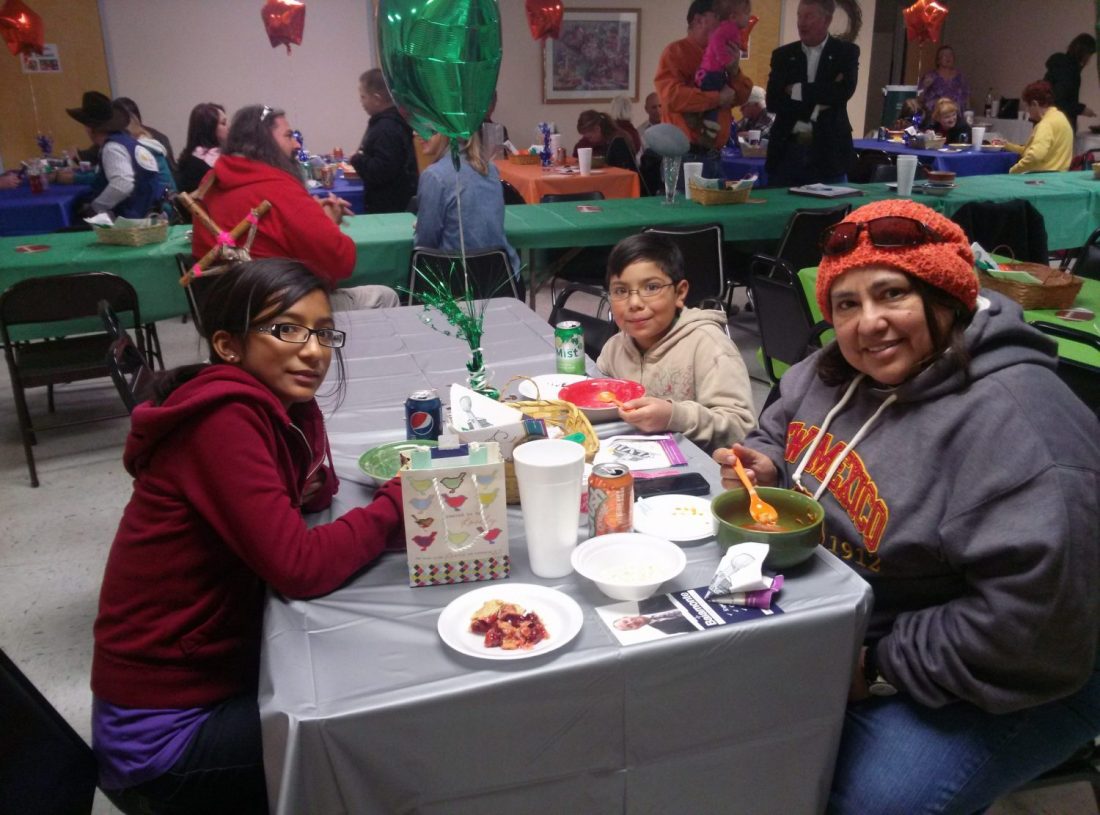 Corps raised over $900 for the community

The Salvation Army in Clovis, N.M., led by Majors Jim and Rachel Gallop, celebrated the Super Bowl last week with a Souperbowl event in which community members gathered to donate to the corps, while enjoying a bowl of soup.

The fundraiser was hosted for a sixth year by the Salvation Army Advisory Board. For $5, attendees received a bowl of either green chili, posole, potato, or minestrone soup, accompanied by crackers, cheese, desserts, and soda.

“It is wonderful to see the corps become a gathering place for folks  from all over the city,” said Jim Gallop.

The event also featured a silent auction of items donated by members of the advisory board, and a concert of live music performed by Curry County Outlaws, a local group of country musicians.

The event raised $972 for the corps, and for the past six years, The Salvation Army of Clovis, New Mexico  has been able to raise over $6,000 at the Souper Bowl to assist families in need within the Clovis/Curry county district.

“While this area of the city may be financially strapped, that does not keep people away,” Rachel Gallop said.  “Instead, what we witness on a yearly basis are the loving hearts of those who attend.  They are always willing to give towards the Salvation army’s dedicated work in this community. The fact that we are able to give something back, makes this event extra-special.”