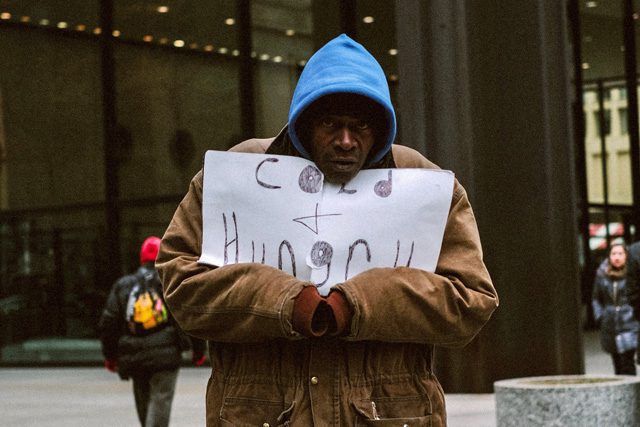 Bremerton shelter takes in homeless from the cold

The cold, rainy weather and overcast skies in the Pacific Northwest during the winter months can be depressing for some, but for others, especially those in the homeless community, these conditions can be downright dangerous.

A little more than three years ago, The Salvation Army in Bremerton, Washington, opened an emergency winter shelter and began taking those in need in from the bone-chilling elements for a night’s stay and a warm meal.

As much as a roof, a mat on the floor and a clean, dry blanket can provide, Sheryl Piercy, the Bremerton Corps’ social services director, believes the winter shelter provides something more.

“The biggest thing this gives them is hope to keep trying,” she said.

Advocates of the homeless in Kitsap County, where Bremerton is located, knew they had a growing problem on their hands before The Salvation Army opened the shelter program at the behest of local authorities in 2015.

The shelter, part of a recent $5.5 million building remodeling, is one of only a few options for Bremertons in need, and it is funded meagerly through county grants—$85,000 this year—and run by a staff that includes a handful of corps members and several volunteers. It has become the largest shelter in the rural county, and runs through March.

“There are not a lot of options for the homeless,” Piercy said. “There needed to be a place where people can be safe. It’s dangerous to be homeless.”

According to Major Scott Ramsey, Bremerton Corps Officer along with his wife, Major Cherilee Ramsey, the shelter housed an average of 32 people per night in winter 2015–16. Last winter, that number grew to 50 per night, and so far this season, the average has been 70 per night. Visitors have ranged from as old as 87 to as young as 3.

“No one really foresaw it,” said Ramsey of just how big the homeless problem is in and around Bremerton. “And the numbers continue to grow.”

Added Piercy: “If someone could open a shelter like this year round, it could be kept full.”

To make sure as many people as possible receive a clean, dry, warm night of sleep, the small staff works to maximize the downstairs space, each night changing the dining room into sleeping quarters and the reverse happening before breakfast is served the following morning. The shelter also offers a hygiene center, complete with showers and laundry facilities, and other services to help those wanting to turn their lives in a positive direction.

“It’s a fluid situation. We have more space available upstairs, but to do that we need more staffing and more money,” Ramsey said. “Right now we are averaging about 70 people each night, which is about 10 too many. I don’t want to be the one to turn someone away.”

The shelter is low barrier, meaning it accepts almost everybody and the issues they bring with them. People who are intoxicated, have mental issues and so on are allowed to drop in on a first-come, first-served basis, and without any of the legalities and paperwork that is required at most shelters. Even dogs and cats are welcome.

“We allow anyone to come in and get out of the wet and cold,” Ramsey said. “We need to do whatever it takes to get people off the streets.”

After a night’s rest, people leave the shelter clean, dry and fed for a new day, hopefully motivated to free themselves from whatever is making them homeless. People come and people go, and every once in a while the staff gets a reminder about the good it is doing.

Among the feel-good stories, Ramsey notes a woman named Miranda who found out she was pregnant while staying in the shelter. With the help of The Salvation Army, she got through her pregnancy, found sobriety, reconciled with her mother and moved back home with the new baby. She now attends the corps on Sundays and volunteers in the hygiene center a couple of times per week.

“Seeing the transformation in Miranda gives me hope for all of our programs here at the Bremerton Corps,” Ramsey said. “To see someone so caught up in addiction turn her life around and start to give back and be a part of the congregation is a blessing beyond measure.”