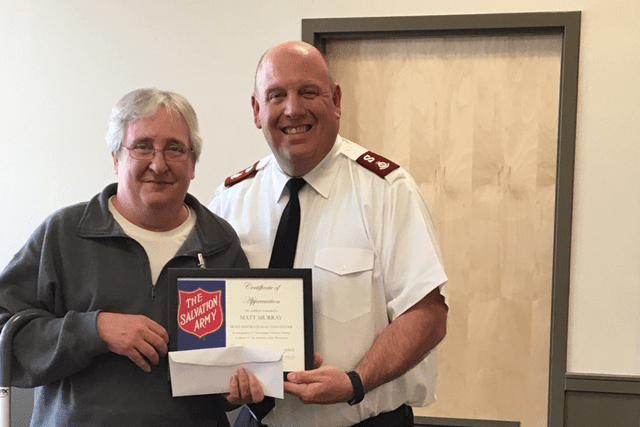 As part of National Salvation Army Week, the Bremerton (Washington) Corps held its annual volunteer luncheon May 16, recognizing nearly 60 volunteers. The theme of the event was summed up by the phrase, “Volunteers are unpaid, not because they are worthless, but because they are priceless.”
In any given month, on average more than 40 different volunteers give some 900 hours of service in the corps’ programs. The hygiene program offering daily showers and laundry service for the homeless is operated solely by volunteers without paid staff. The clothing closet, which offers clean clothes for up to 100 people per month is operated solely by volunteers without paid staff. The meal program that serves on average 4,500 meals per month has one paid cook who is supplemented each day by three to five volunteers. The food bank’s operation is supplemented by a part time staff member but its daily operation is handled by a group of 10 dedicated volunteers.
“It is no over statement to say that the Bremerton Salvation Army could not operate without its ‘army’ of volunteers,” said Corps Officer Major Scott Ramsey.

Three annual awards were presented to three outstanding volunteers: Sheila Determann was presented with the “Blood and Fire” award recognizing her service as a member of the corps as an adherent. After setting up the operation of the clothing closet, organizing the daily volunteers and developing the operational procedures of the programs, Determann also gave countless hours preparing meals for those experiencing homelessness during the emergency winter shelter program. Matt Murray was given the annual “Most Inspirational” award. Murray, a partially disabled veteran, has been the volunteer driver picking up food donations from local grocery stores, schools and food banks. He is also a tireless advocate for homeless veterans and has represented The Salvation Army at the veteran homeless “stand downs” and veteran meetings. Amanda Brown was awarded as the 2017 “Volunteer of the Year.” As a volunteer for 25 hours a week for more than a year, Brown oversees the hygiene center program and  was a big part of setting up the system that is still followed today on how showers and laundry are given to the homeless. Brown was also a Christmas volunteer that gave time ringing the bell and helping in the toy shop.
“The volunteers of the corps are a wonderful example of Christian love as they give countless hours to those in need,” Ramsey said. “Many of the congregation give service each week, alongside other members of the community that have chosen The Salvation Army for their place for Christian service. 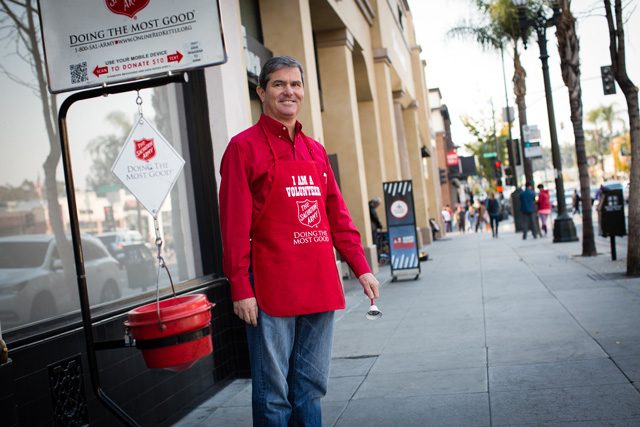 How to increase volunteer hours at the kettle 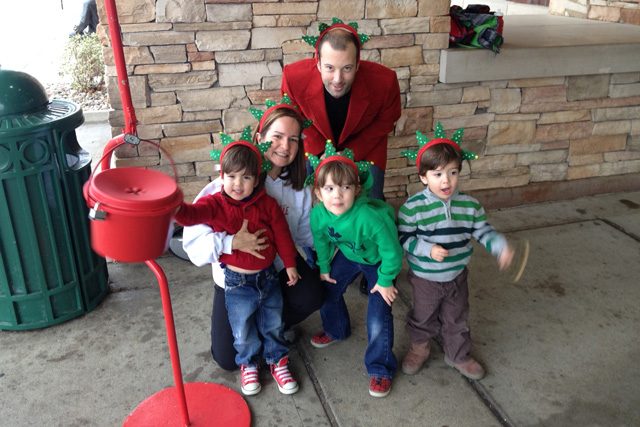 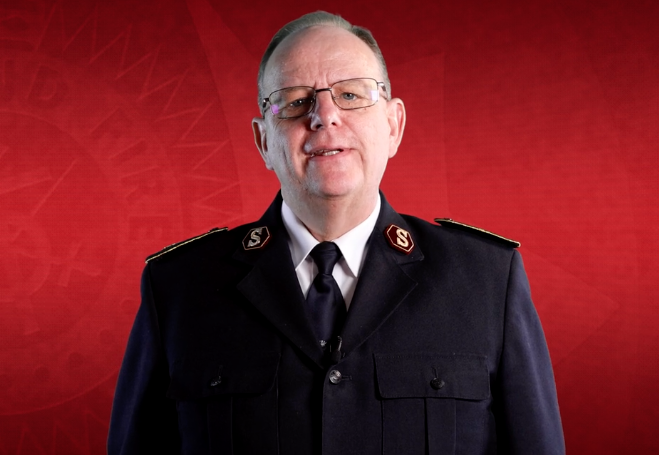 The Salvation Army international leader thanks ‘Army of Volunteers’ 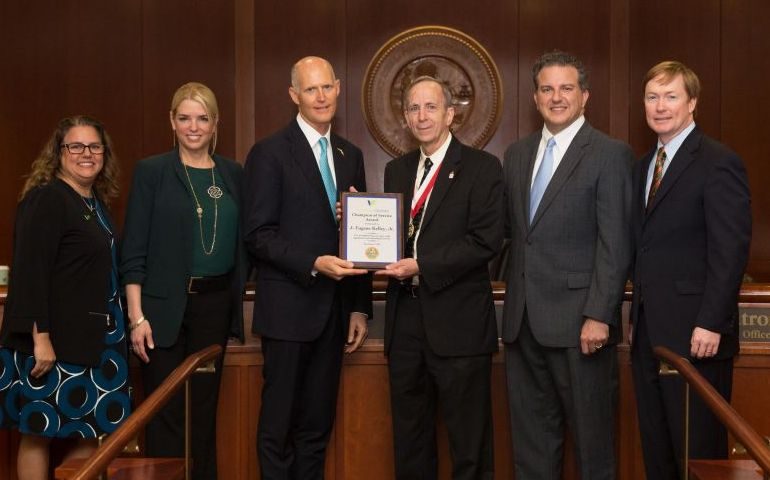