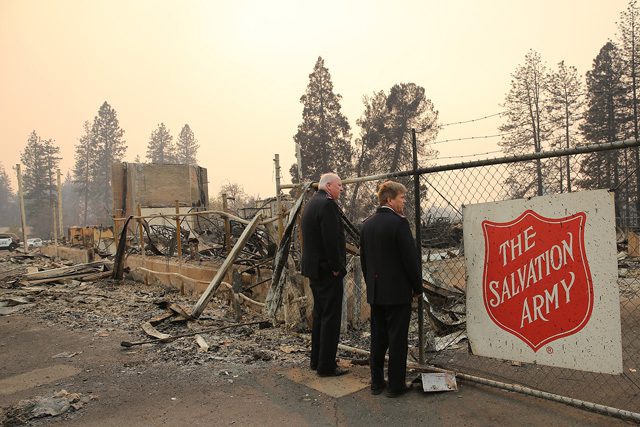 A witness to flames, rubble firsthand

West’s Chief Secretary gets an up close view of California’s fires.

As fires rage across California, Western Territory Chief Secretary Colonel Douglas Riley got an up close view of the disaster.

In Northern California, the Butte County sheriff announced 48 deaths as of Nov. 14 while more than 80 people remained unaccounted for. The fire had destroyed some 8,817 structures, including The Salvation Army’s service extension office and thrift store in Paradise—a town of 27,000 people where a staggering 7,600 homes were destroyed.

The Salvation Army served more than 13,000 meals in Butte County in the span of four days while also offering emotional and spiritual care. Riley visited staff and volunteers at shelters in the Chico and Oroville area on Nov. 11. 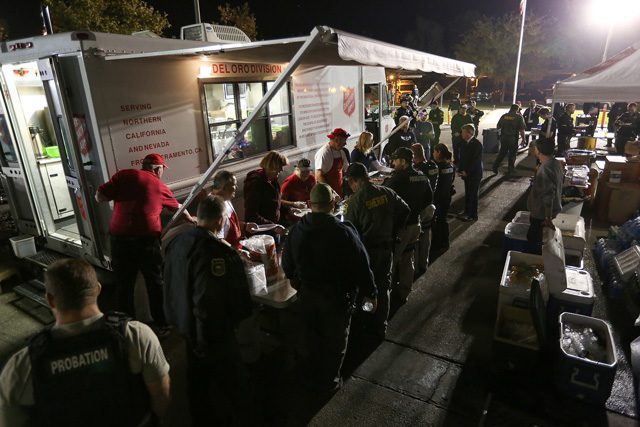 Volunteers served more than 13,000 meals in Butte County in the span of four days while also offering emotional and spiritual care. | Photo by John Docter

“I don’t know what advice you can give to someone who just lost everything…I couldn’t come up with the words that would bring comfort as people told me about their homes and worried about their animals,” he said. “I struggled when people said thank you. You feel guilty helping them with only a simple meal and new underwear while they’re so grateful in the midst of not having anything.”

“My guess is one out of every 50 homes was standing,” Riley said. “The thing I couldn’t get over was the chimneys—as fast and as hot as that fire was, everything melted to the ground but as you drove through the area you saw chimney after chimney. You could look through entire neighborhoods and see way back—just chimneys.” 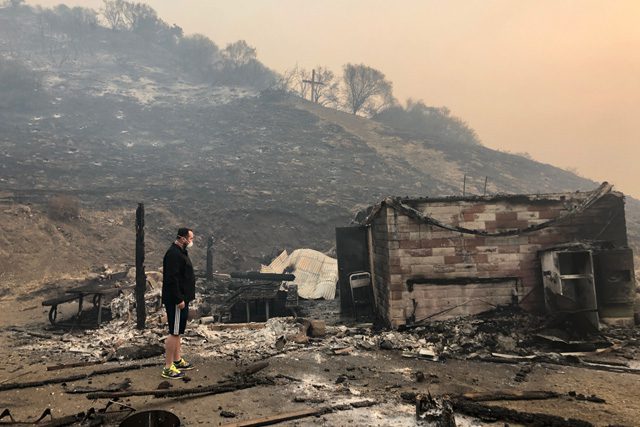 The previous day Riley was in Southern California, where the Woolsey and Hill fires have claimed two lives, destroyed an estimated 435 structures as of Nov. 14 and forced the evacuation of some 250,000 people, including those at Camp Lawrence Daley at Mt. Crags, Camp Gilmore and Camp Wilderness.

“There was so much smoke you couldn’t see the hills or anything but the cabins right in front of us, and as we drove through camp we praised God for every building still standing—many with charred ground just feet away,” Riley said. “There had been no fire protection there up to that point, so we grabbed garden hoses, rakes and fire extinguishers and went around putting out hot spots—just three guys trying to make any difference we could—until we knew we needed to go.” 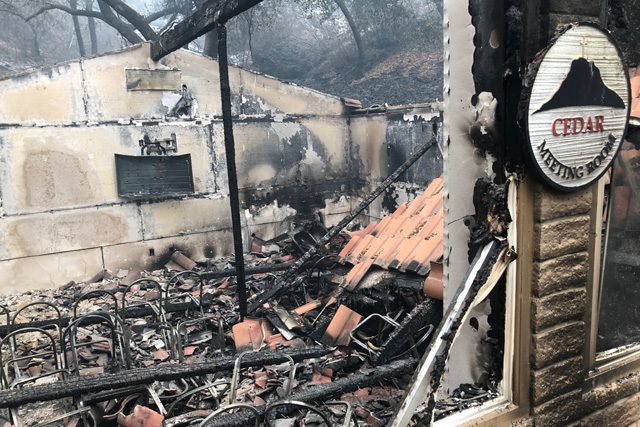 “The crackling of the fire, the speed at which it traveled, the sense of it sucking the air…,” Riley said. “I had to take pictures to show people that we were not exaggerating.”

In each facility, The Salvation Army worked to meet the challenges of such an operation, including having tangible necessities to distribute and a medical team onsite to assist with minor injuries. Mostly, people want someone to talk to about their experience—and many want to help how they can. 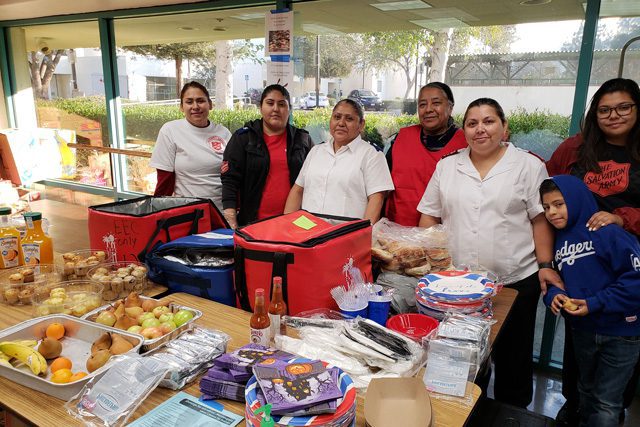 “The outpouring of support from volunteers, board members, soldiers, people who just come up and ask how they can help is overwhelming,” Riley said. “People come alongside the Army and help us meet the needs. Members of one church that burned came to help us cook meals in Chico. A woman whose home burned came straight to us to help us help others. Guy Fieri brought in a team to cook meals for first responders.

“With all of the events of the past week—a divisive election, a shooting in Thousand Oaks, a fire in Northern California and then another in Southern California—the peace that God offers us is simply not the peace of this world,” Riley said. “There’s an old saying that ‘peace isn’t found in the midst of our circumstances but in the presence of God.”

Give to support The Salvation Army’s fire relief efforts at westernusa.salvationarmy.org.