A weekend of musical praise

Pasadena Tabernacle Band takes their ministry on the road.

In Arroyo Grande, the TAB band played to a 600-plus capacity crowd at Grace Bible Church. The evening concert began with “Fanfare to Worship” and involved the audience in singing “All Hail the Power.”  Lawrence Lycan shared his personal testimony, calling everyone to be an example of Christ to those who do not have a personal relationship with him. Concert highlights included “South Shields Celebration,” a flugel horn solo by John Docter titled “So Glad,” “The Magic Kingdom,” “Let Everything Praise” and “I’ll Walk With God.” James Allen delighted audiences with his piano arrangement of gospel songs. The evening ended with “Stars and Stripes Forever.”

“I was unable to articulate to anyone who had never heard the TAB band before what they would experience and what they would hear. It’s a phenomenal sound—the whole ministry is very powerful,” said Freehauf, chairman of the San Luis Obispo South County Service Extension Unit.

“The quality of the music shows wonderful musicianship, great intonation and great dynamics—it just knocked us off our feet,” he said.

The TAB band provided both preliminary music and congregational accompaniment for the Sunday morning service at Grace Bible Church, joining the church choir in the William Himes arrangement of “Total Praise.” The band then traveled to Grace Lutheran Church where they provided the service and musical numbers—including the cornet solo “Holy, Holy, Holy” performed by Songster Leader Martin Hunt. In his testimony, Bandsman Major Brian Saunders shared his trust in God through all the moments of life. Major Bill Nottle provided the dedication. The morning service ended with the march “Heavenward.”

The band concluded its trip by sharing lunch and conversation at the Santa Maria Corps, hosted by Corps Officers Lieutenants Paul and Jennifer Swain. 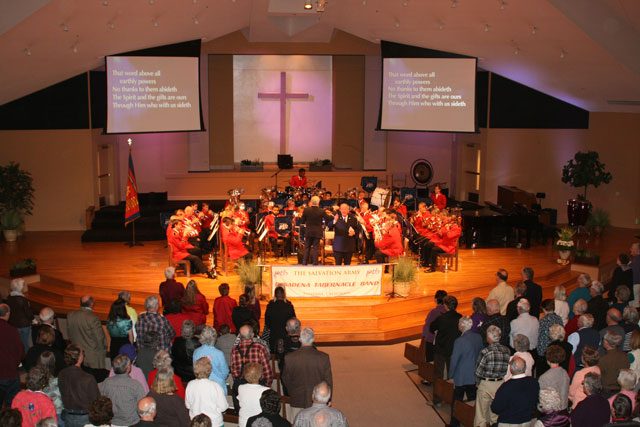 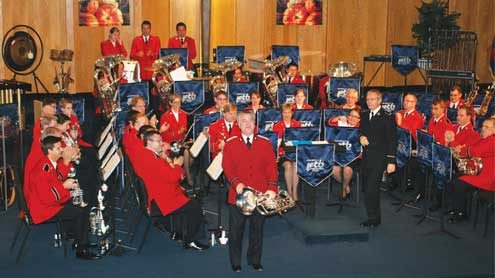