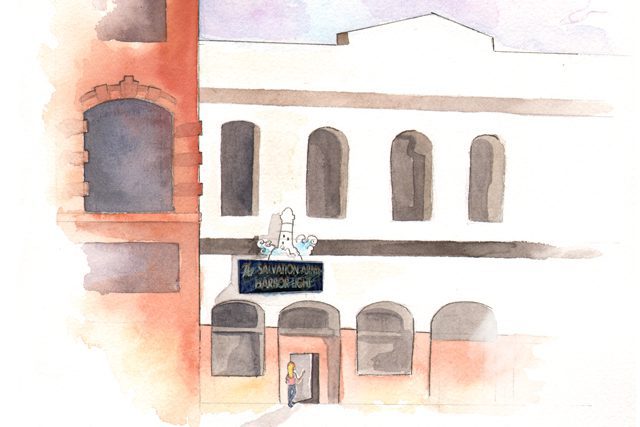 I have experienced abuse.

One time, when I lived with a lady with a gambling addiction, I was locked in a basement, unallowed to use the bathroom or eat. When she lost money, she’d take it out on me. The physical abuse continued until police removed me and I was off to my next temporary place.

By the time I was nine, I had moved nine times and lived with six different couples.

I have been close to death, and sometimes I wished I had died but something kept me alive, fighting to be loved.

I was once kept in a room by a sex offender for six months. When I tried to get out, he threw me on the bed, choked me unconscious and punched me in my head. Afterward, I could hardly move. The damage to my throat lasted about three weeks.

I married an abuser. I tried to leave many times but he kept finding me and my kids. I got a restraining order, but that didn’t stop him. One night he came to my house, drinking whiskey and angry. He got a knife and came up to me, saying he was going to fight me to the death for my children. With all my strength I pulled the knife away from him.

When I went to the phone to call the police, he said, “Call; I’ll be waiting for them.”

Afraid he would attack the police and get shot, I retreated. I went to bed, hoping he would leave, or pass out and sleep it off. He left but he returned, this time with his mother and brother. They took my children and put them in the car as they screamed and cried for me.

His mother said, “All you have to do is call Child Protective Services [CPS] over and over saying you are really worried about the child’s safety and CPS will take them, or let you take them.” That’s what she did. With fabricated stories and lies, she said whatever she needed to to get away with it.

I signed over my children to the State of Oregon because I was scared if I didn’t I would lose my life from this family. The system wasn’t working.

In 2006, I was sitting with my ex-husband—whom I had to be around in order to see my children—when I had a vision. I saw two angels and they were carrying me to heaven. I heard God say, “If you get back with him, you will go to heaven.”

I didn’t know whether to be scared of dying or happy to go.

My path has led to self-realization, knowing the thing I have wanted the most is just to be loved. I realized that in my journey, God was making me strong to be able to reach others who suffer, especially these ladies I see on the streets.

Here at The Salvation Army Female Emergency Shelter (SAFES) in downtown Portland I never would have made it if God did not love me through my advocate. God knew that, and sent her to help. She gave me the support and help I desperately needed. I thank God for SAFES, especially for her.

I entered SAFES in July but left in September after securing permanent housing. Occasionally, I return to talk to women on the streets outside of SAFES. I listen to their stories and note what they need. I say, “I’m one of you.”

It’s love that will change the world.