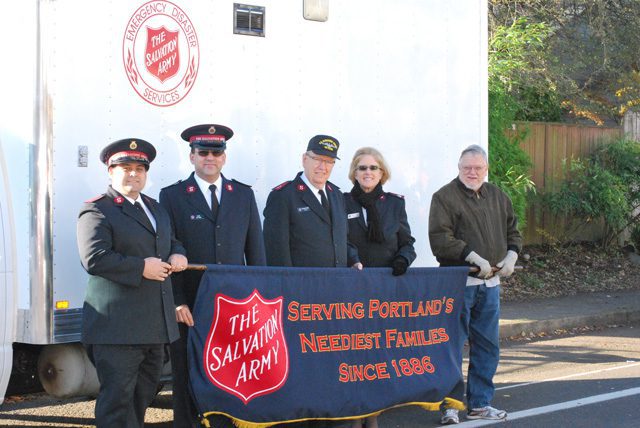 Despite the weather, crowds lined the streets along the 0.6-mile parade route through Portland’s historic Hollywood district to acknowledge U.S. veterans.

“It was a bitterly cold day in Portland, but the warmth of the parade spectators warmed us from the inside out,” said Major Nancy Dihle, Cascade divisional secretary for program and Portland Metro coordinator. “The Army was well received by many.”

“[Due to] to the cold and windy conditions, I did not think there would be much of a crowd,” Ray Dihle said. “It did my heart good to see the large crowd…waving, clapping and yelling out ‘Thank you!'”

The Ross Hollywood Veterans Day Parade began in 1974 when local businessman and veteran Vernon E. Ross began the parade, welcoming anyone who wished to participate to honor veterans.