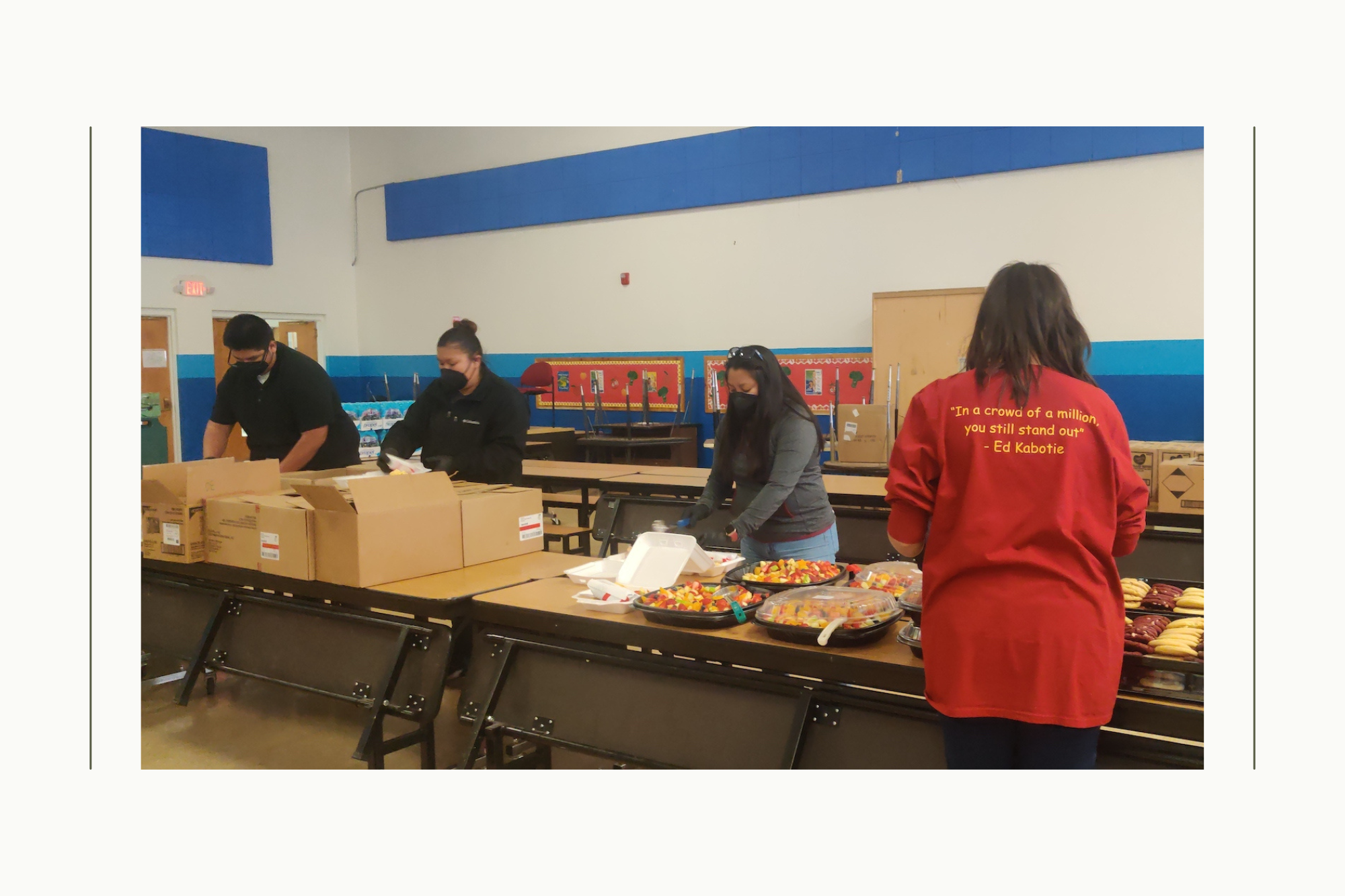 Santa Fe (New Mexico) Corps Officer Lt. Ismael Gutierrez got a call in early November. On the other end, a man from the government said a nearby Native American settlement, Pueblo of Acoma, had been out of water for a week after its wells had failed, and that they were in desperate need of food. He asked if The Salvation Army could provide food boxes for seniors there for a week. Gutierrez said “yes.”

“We didn’t have any food in our pantry, so we ended up going to Sam’s Club with some of our congregation members and volunteers and we did a shopping spree there,” he said. “We had some volunteers here assembling boxes, and we delivered it to Acoma.”

The water outage at Pueblo of Acoma stretched on, and the food box delivery proved to be the start of The Salvation Army’s efforts to meet human needs there. In the days following the delivery, Gutierrez got a call from a state representative, thanking him for the food and asking if The Salvation Army could feed the 270 kids of the pueblo for 28 days because they couldn’t go to school due to the unsanitary water conditions—they had switched to virtual learning.

Gutierrez reached out to Southwest Director of Emergency/Disaster Services Nicole Kanne, who said she talked with Midwest Food Bank in Phoenix, and they sent a truckload of 30 pallets of food and drinks in addition to a truckload of bottled water. After responding for 28 days, Kanne said The Salvation Army had supplied 8,695 meals for the kids and seniors of the community in addition to providing 28,128 bottles of water.

Pueblo of Acoma is located on a high bluff, and is considered to be the oldest continuously inhabited community in the U.S., according to the state of New Mexico. It’s about an hour west of Albuquerque, and up to two hours from Santa Fe, where Gutierrez spearheaded the response from, along with members of The Salvation Army Santa Fe Corps.

“For me, this is something special… This is a different demographic that I normally wouldn’t be able to serve because we’re actually an hour and a half away from them,” Gutierrez said. “It’s great that they can rely on us, knowing that there’s many other places or other organizations.” 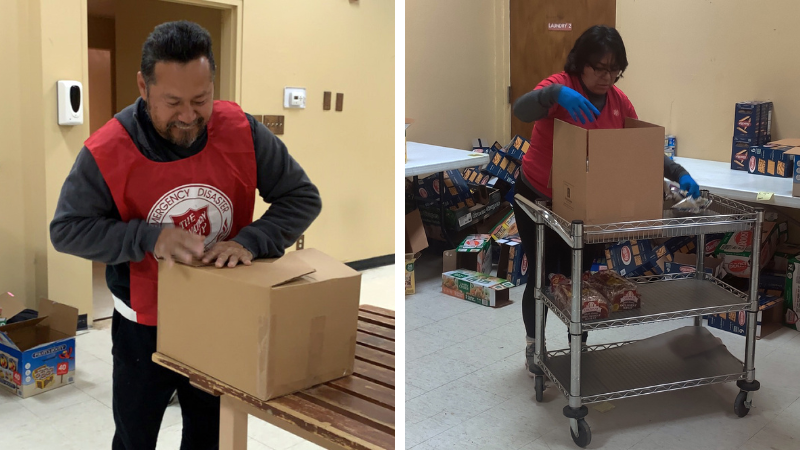 Since the Thanksgiving holiday fell during the response, Gutierrez said they planned a special meal for the kids. Turkeys were challenging to find, so leaders decided to go with a meal they knew the kids would enjoy: Chick-Fil-A.

“They wanted to do something to build them up and lift their spirits because it had been a month without water,” Kanne said.

Gutierrez connected with his local Chick-fil-A, and they worked together to plan a meal for the kids: a chicken sandwich, fruit, macaroni and cheese and cookies. The warm meal was served to 280 kids and 175 seniors on Thanksgiving Day, using the Haak’u Community Academy as a base.

Acoma Department of Education Interim Executive Director Nolan Valdo said the closest Chick-fil-A is about an hour away in Albuquerque, so the meal was a special treat for the kids.

“They weren’t expecting that,” Valdo said. “So when they found that it was Chick-fil-A, you could just see the smile on their face…even the parents were shocked that Chick-fil-A and The Salvation Army came through.”

Valdo has served as Gutierrez’s point of contact for the community, and the pair have communicated about logistics and needs throughout the response.

“People don’t think about the impact that The Salvation Army has. We see the red kettles out in front of the stores, and they’re asking for donations and…I’m guilty with just passing by and not thinking that it could impact our community,” Valdo said.

“But [the response] definitely changed my way of thinking of The Salvation Army requesting donations, and it does come back to our community in one way or another… I’m definitely a supporter this year and for the years to come.”

While Kanne said The Salvation Army concluded its response Dec. 5 after receiving word the wells were 99 percent operational Dec. 2, it’s not the end of the connection. In the coming weeks, Kanne said Gutierrez plans to deliver 280 Christmas Angel toys from The Salvation Army’s Phoenix warehouse for children in the community.

“The great thing is we were able to make relationships that will go on longer than this response,” she said.