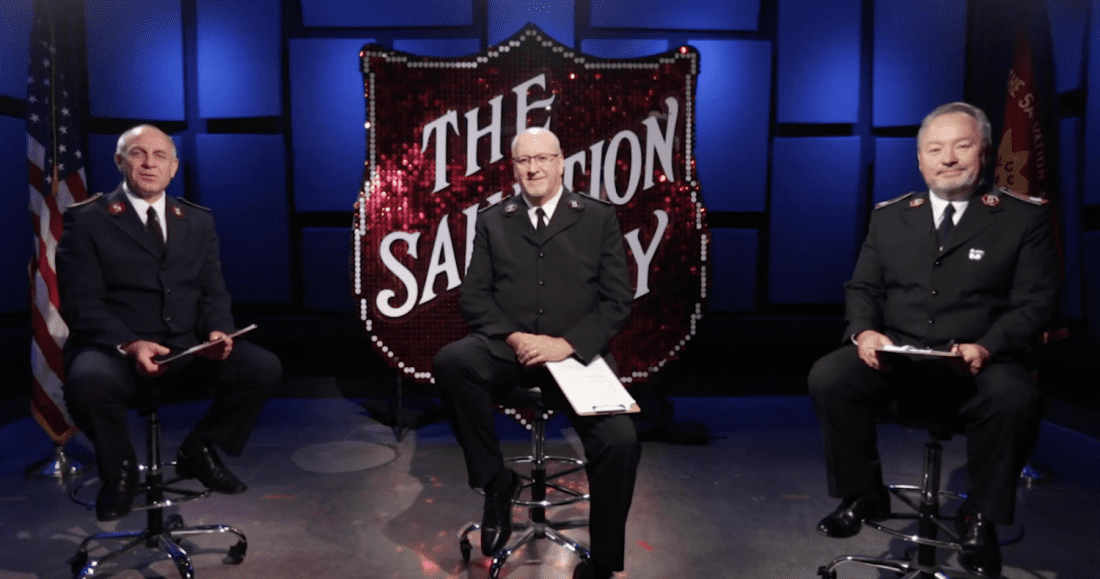 Never, perhaps, has the importance of fundraising for The Salvation Army been as apparent as it is now. In the West, The Salvation Army is currently meeting needs caused by unprecedented wildfires, in addition to those associated with homelessness and the pandemic. With this in mind, the West recognized its development personnel during a virtual awards ceremony, replacing a ceremonial luncheon planned for at this year’s National Advisory Organizations Conference—canceled due to COVID-19. The awards reflect the 2019 fiscal year.

“These have been critical times. These have been very challenging times, and you have hit the mark,” Riley said, speaking to the honorees. “We’re grateful for the resources that you’re providing right now, these days—from shelters to feeding and our ongoing programs. Thank you very much…for the work that you’ve done and for the funds that you’ve raised for the people we serve.”

Igleheart added that the first three letters in the word “fundraising” exemplify what it means to him. “I always found it to be a great joy,” he said. “And those that we celebrate today, I know you do, too.” Igleheart also thanked the people behind the scenes who contributed to the successful efforts of the award recipients.

Territorial Executive Director of Development Debbie Rossi presented awards to the Donor Relations Directors, acknowledging the unique strengths of each individual and how they share their expertise with their teammates. In addition to the Million Dollar Club, new this year were the One and a Half Million Dollar, Two Million Dollar and Three Million Dollar clubs.

“I would be remiss if I didn’t recognize the development directors,” Rossi said, as she called the names of those who exceeded their goals for the 2019 fiscal year: David Swanson (Cascade), Kim Butters (Del Oro), Ernst Bauer (Golden State), Justin Coleman and Carry Blanchette (California South) and Geoff Gephart (Southwest). “This amazes me that these great managers have created these wonderful teams of major gift officers but are out there in the field themselves raising substantial funds to support our programs and services,” she said.

Riley again expressed thanks. “You help provide the mission, which is the resources that we need for our programs and our services,” he said. “They help people. They serve people. They change people’s lives. Never forget that.” He also thanked them for the relationships they build with the donors, and for how they “show the reflection of Christ to them.” He closed the awards ceremony with a prayer of gratitude and blessing.

One and a Half Million Dollar Club