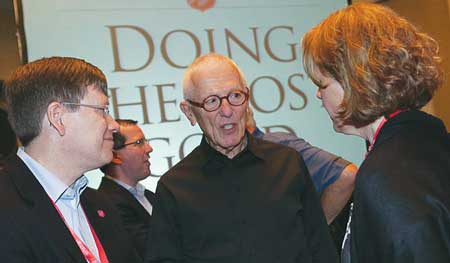 “The Salvation Army is more than just a company,” said Commissioner Kurt Burger, Northwest divisional planned giving director. “We’re a spiritual force in the world—one that relies on God’s grace, guidance and protection.”

Burger spoke during the opening plenary session of the 2013 Western Territorial Community Relations and Development (CRD) Conference, which brought together over 150 delegates from all 10 Western divisions, including some national representatives, to share information and best practices. Themed “Doing The Most Good,” the event ran from April 22-25 at the Pacific Palms Resort in the City of Industry, Calif.

The last stand-alone CRD conference was in 1999.

“Our goal is not only to enhance skills and knowledge,” said Chaz Watson, territorial executive director of development, “but to strengthen collegial relationships and for people to come away with a renewed sense of purpose in their professional roles.”

“I’m here to talk not about how to do our work better, but to consider why we do what we do,” Knaggs said during an evening banquet. “If we realize the source of it all is God, maybe we ought to pray a bit more and focus more on being a holy people.”

Busroe considered the challenges facing the Army, and how to meet them.

“The need is great,” he said. “The challenge for development professionals is money—to increase our resources to help more people.” He spoke about National Headquarters’ responsibility to develop strategic partnerships and to be time-conscious in implementing them. He also emphasized the importance of raising awareness of The Salvation Army with young people; otherwise, “in the next 10-15 years, we’ll run out of donors. 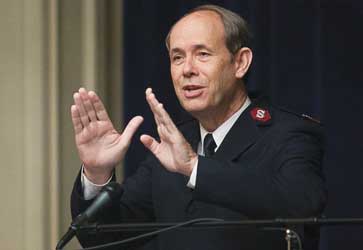 “I love doing the most good,” Busroe said. “This is God’s vision for The Salvation Army.”

It’s important, then, that the Army tells its stories in a way that engages not only its current donors but also young adults. That’s where public relations professionals come in, as well as the Richards Group, the Army’s advertising agency. Stan Richards, principal and creative director, emphasized maintaining consistency with our brand to develop the public’s trust that the Army will keep its promise of “doing the most good.”

The CRD department presented two new awards. Suzi Woodruff Lacey, public relations director for the Sierra del Mar Division, received the CRD Award of Excellence for successfully promoting the brand and keeping The Salvation Army in the media throughout the year. Receiving the “Doing the Most Good” Charitable Impact Award were Merrill and Dorie Fie, from Colorado, whose involvement with the Army has extended more than 50 years.

from the desk of…Searching for the unexpected

in process “‘God as we understood him’” 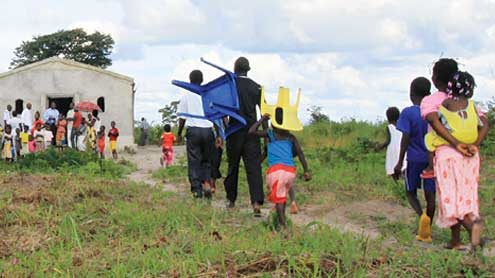 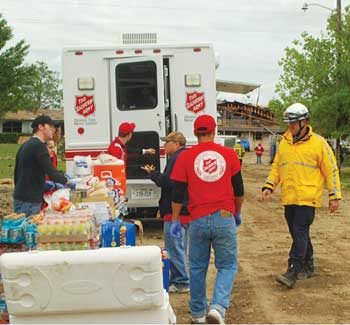