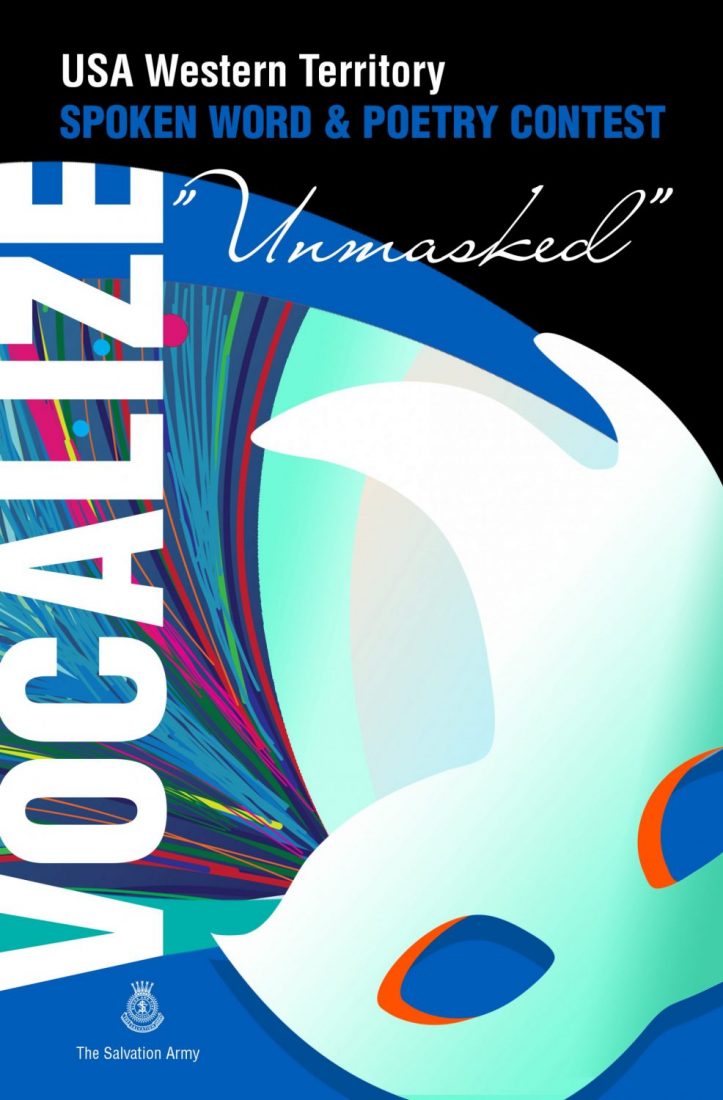 Vocalize—an annual spoken word and poetry contest organized by the Western Territory’s music department —took place in May, and the winners have now been chosen.

The event was themed “Unmasked,” and consisted of youth and adult categories. Submissions consisted of video and audio recordings of the performed pieces that did not exceed four minutes.

The first place winner in the youth category—among those 24 years of age and younger—was Rebecca Weber from the Northwest Division for “The Word.” Stephen Hartt from the Southwest Division received second place for “Unmasked,” and Mathijs Arens from B the Golden State Division came in third for “With My Own Eyes.”

In the adult category—for those 25 and over—Justin Docherty from the Del Oro Division won first place for “Wallpaper,” while Victor Cordero from Sierra Del Mar came in second for “Dead Man Walking” and Mary Beth Butler from the Southwest Division won third place for “The Other Son.”

Honorable Mentions included Cynthia Chilcott from the Southern California Division for “A Band” and Edith Dye-Mabie from the College for Officers Training at Crestmont for her untitled piece.