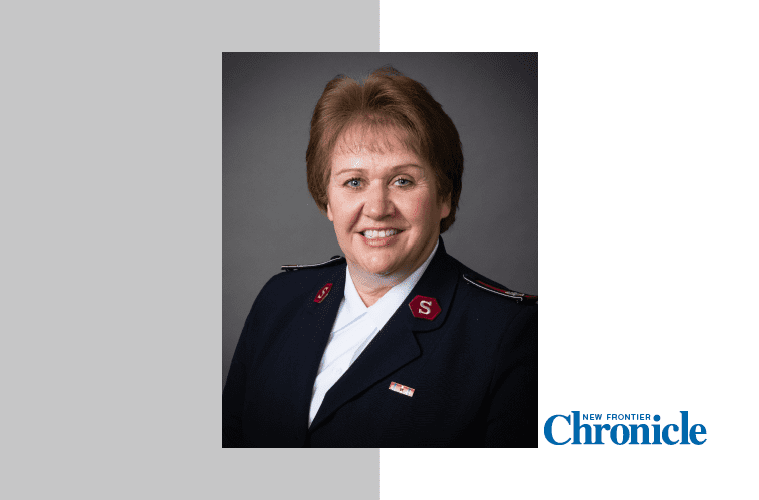 My first appointment as a Salvation Army officer was in Salem, Oregon. Commissioned as a “Herald of Hope,” I was excited and prepared, as it states in 1 Peter 3:15, “to give an answer to everyone who asks you to give the reason for the hope that you have.”

Sometime during that first week, one of the corps’ teenagers came to my door asking if she could stay after having a fight with her mother. Instead, I went with her to speak with her mom to sort through the difficulty. As time went on, I discovered the teen had been sexually abused by a person of high trust in her life. Horrible! I felt at a loss about how best to help her and stumbled through ministering to her and her family with as much grace as the Lord directed; yet I felt so inadequate. It sealed in my heart the need to know more, to become better equipped and be ready to share true hope and practical help in life’s ugliness.

In every appointment there have been child abuse challenges—a pregnant 12-year-old abused by her mother’s boyfriend, the rape of a teenager, depositions for legal proceedings, calls to CPS and other complex issues. I was thankful for The Salvation Army’s “Safe from Harm” program, which has evolved into a promise of “Protecting the Mission” (PTM). It is a promise to protect the people we serve, protect the Army’s ability to serve and protect the integrity of the message of hope in Christ.

Nationally, 2.9 million cases of child abuse are reported every year—and yet research indicates some 60 percent of abused children don’t tell anyone. Those statistics are staggering. However, we, The Salvation Army, are making a difference and having an impact in the lives of the children in our programs.

The reports that we receive are usually those of abuse happening outside of our programs. The progress we have made with Safe From Harm, Child Safety and PTM have given those we serve a safe place to disclose abuse that they may have otherwise never shared. We have a strong foundation that we need to maintain and continue to build. We cannot become complacent. We cannot just focus on compliance. We have to be committed to the protection and safety of our most vulnerable.

In January, the inaugural meeting of the National Child Protection and Vulnerable Adult Safety Committee was held with representatives from the four U.S. territories and Canada and Bermuda Territory. We had robust discussions regarding National Minimum Standards and continuity in the U.S. Committee members responded excitedly to this opportunity to review and restructure the Child Protection and Vulnerable Adult Safety policies and programs.

As we do, you can join in the effort to spread awareness of this important topic this month—marked nationally as Child Abuse Prevention month—by signing up for Five Days of Action. Led by the YMCA Guardians for Child Protection, Five Days of Action is a week designed to raise awareness and inspire adults to take action to protect children from sexual abuse (see more at fivedaysofaction.org).

Take the opportunity to ensure all officers, staff and volunteers are up to date with the PTM Training Requirements, confirm the Supervision Plans for each program are current and follow the Working with Minors Policy. Together we are Protecting the Mission.