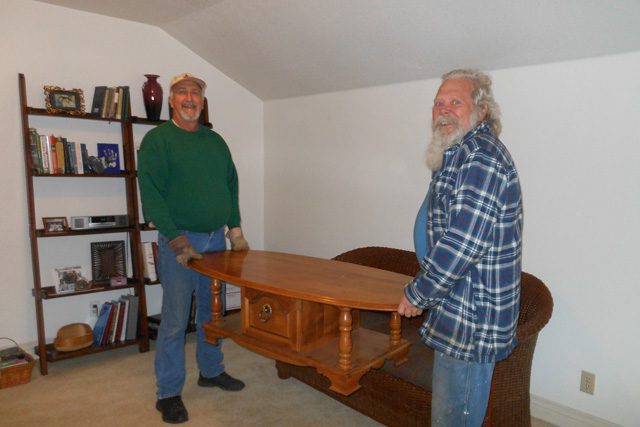 The transition from homelessness to permanent housing can be daunting for many families. With no belongings or sometimes even basic necessities to their name, many have little, if anything, to fill their new homes with.

To help ease this burden, Wayne Worden, a Vietnam veteran and retiree, works with 15 organizations in Placer and Nevada counties in California, including The Salvation Army Booth Family Center in Grass Valley, to provide household goods and furniture to families making this transition.

“I’m just honored to do it,” Worden said. “God has blessed me, and now I can bless others.”

Worden collects furniture in a warehouse, and allows families to come in, pick out what they need for their new home, and then he delivers the items to them. 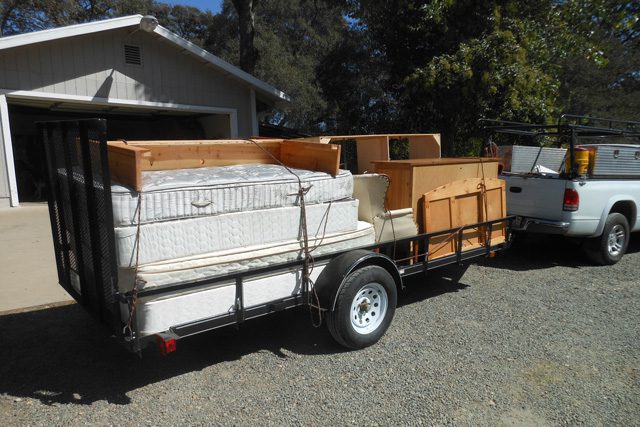 Truck transports furniture to the home of a client.

He started his outreach, called Re-start Ministries, in early 2016, after he and fellow members of local chapters of the Christian Motorcyclists Association worked together to collect household goods to help a homeless veteran and his family move into permanent housing at the end of 2015.

“Not long after that, I felt like God was saying I needed to do this more often,” Worden said.

The operation started with one storage unit, then grew to four units. Today, it’s running out of a 2,400 square-foot warehouse. The warehouse includes everything from beds and sofas to small appliances and kitchenware. Worden picks up donations—given by people in the community—with the help of volunteers.

Re-start Ministries is an extension of JARON Ministries International. Worden runs the ministry full-time for free. Any monetary donations he receives go toward the ministry’s outreach, after paying for operational costs.

“I’ve watched as things are supplied when I need it,” he said. “God is continuing to provide, and that’s telling me that I’m doing what I’m supposed to be doing.” 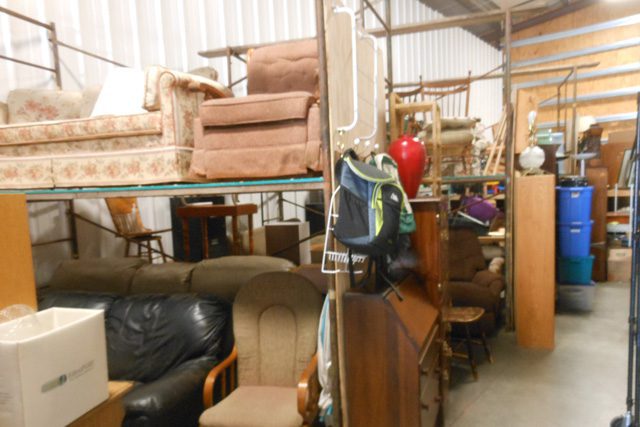 The Re-start Ministries warehouse has a variety of furniture for clients to choose from.

“They move into [a home] with no beds to sleep on, no tables to eat at, no chairs or couches to sit on. They’re just getting started,” Worden said. “It’s just an amazing thing to be able to help them. Lots of times there are tears. They’re overwhelmed.”

Tom Kellar is the housing locator at the Booth Family Center, an emergency shelter that connects families with children to employment, as well as other benefits and resources, until they find permanent housing. He said one of center’s families had eight members who were able to move into a four-bedroom home. Worden filled the entire place with furniture and essential household items.

“The mother just said, ‘It’s unbelievable what this guy does,’” Kellar said. “Everybody is amazed by Wayne. Everyone is just blown away by [his] generosity and selflessness…He doesn’t treat anybody like they’re a number. Every family that I’ve brought to him, he has treated with genuine respect, courtesy and empathy.”

Sarah Eastberg, Social Services Director for The Salvation Army in Grass Valley, said that Worden fills a crucial need for the center’s families.

“This is the place where they start a routine and a structured existence, so they can move forward and succeed in permanent housing,” Eastberg said. “A lot of our families have nothing. They’ve lost their homes. They’ve lost their storage units, so really everything that they would need to function in a home, they don’t have,” Eastberg said. “That’s what Wayne provides. Otherwise they would move in and have nothing. They can’t live like that.”

Worden said he is glad to work with The Salvation Army to help families in need. He’s also proud that his work helps him give back to fellow veterans. He said roughly one in five people he helps are referred to him from the U.S. Department of Veterans Affairs housing program in Auburn, California. Many of them are Vietnam vets.

“This is an opportunity to treat my brothers the way they need to be treated,” Worden said, “with respect.”