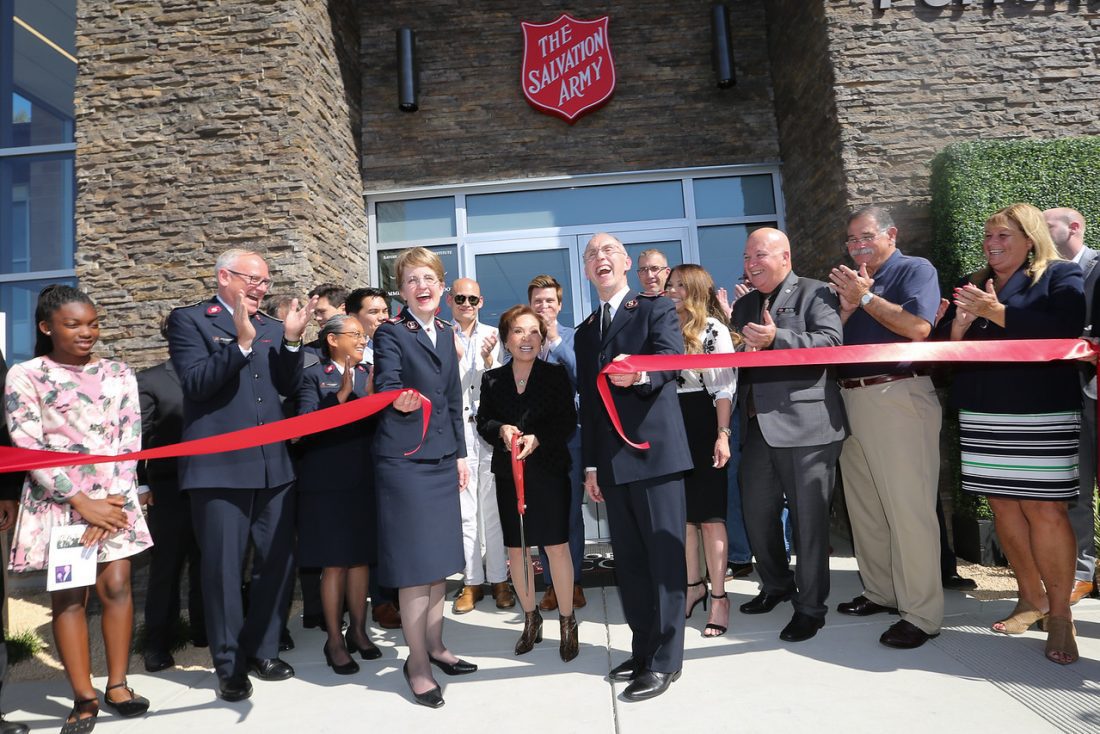 Priscilla Hunt honored at ribbon-cutting ceremony for her support. 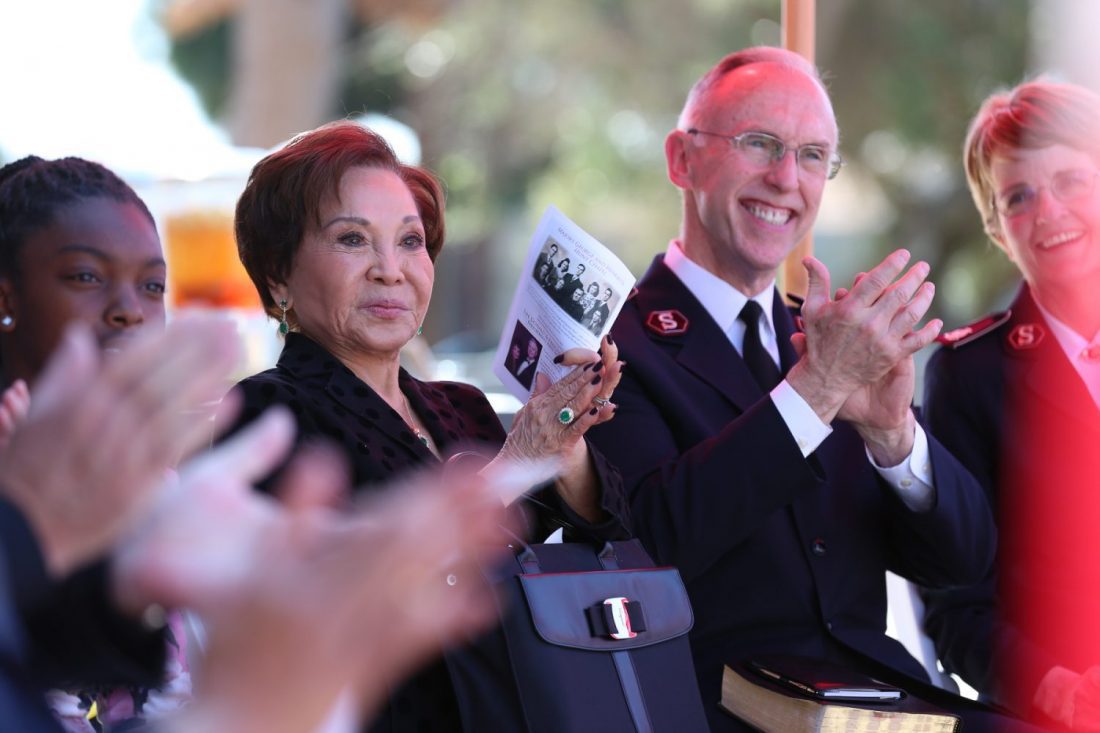 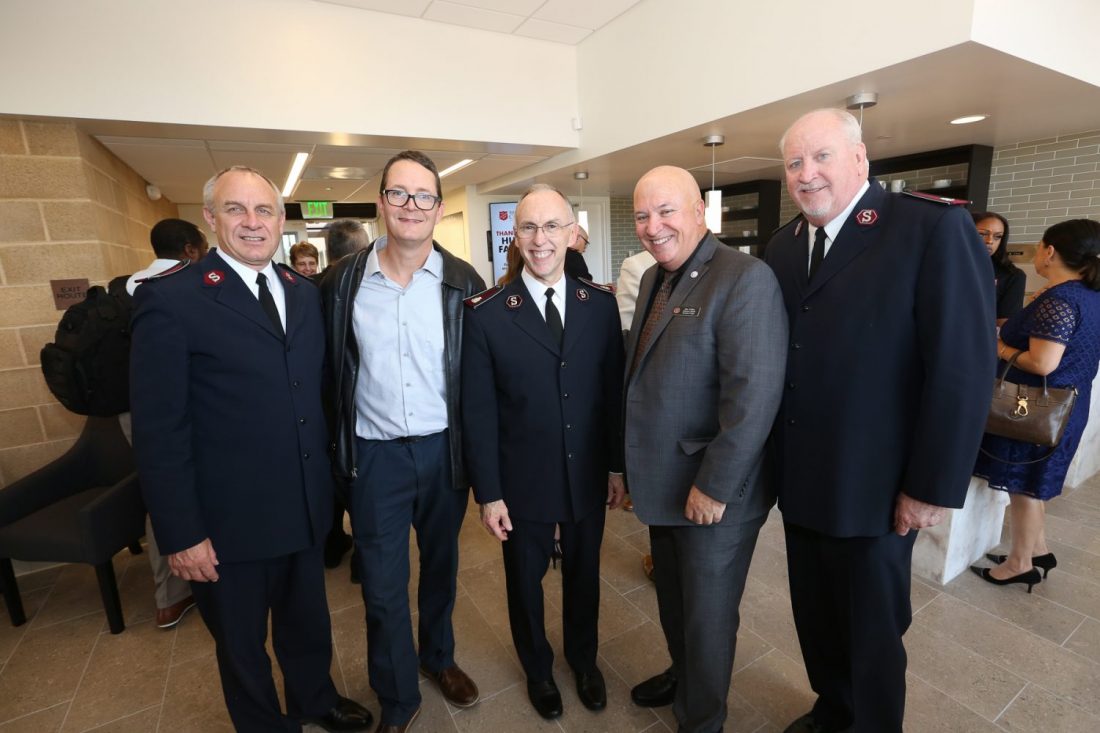 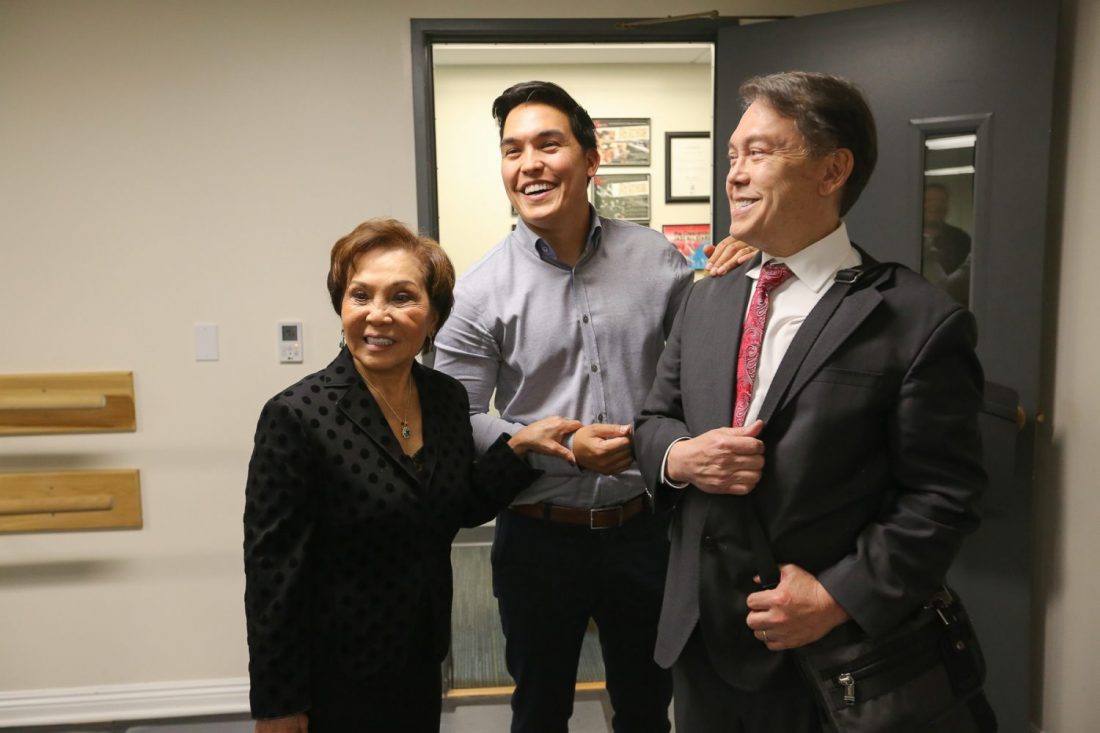 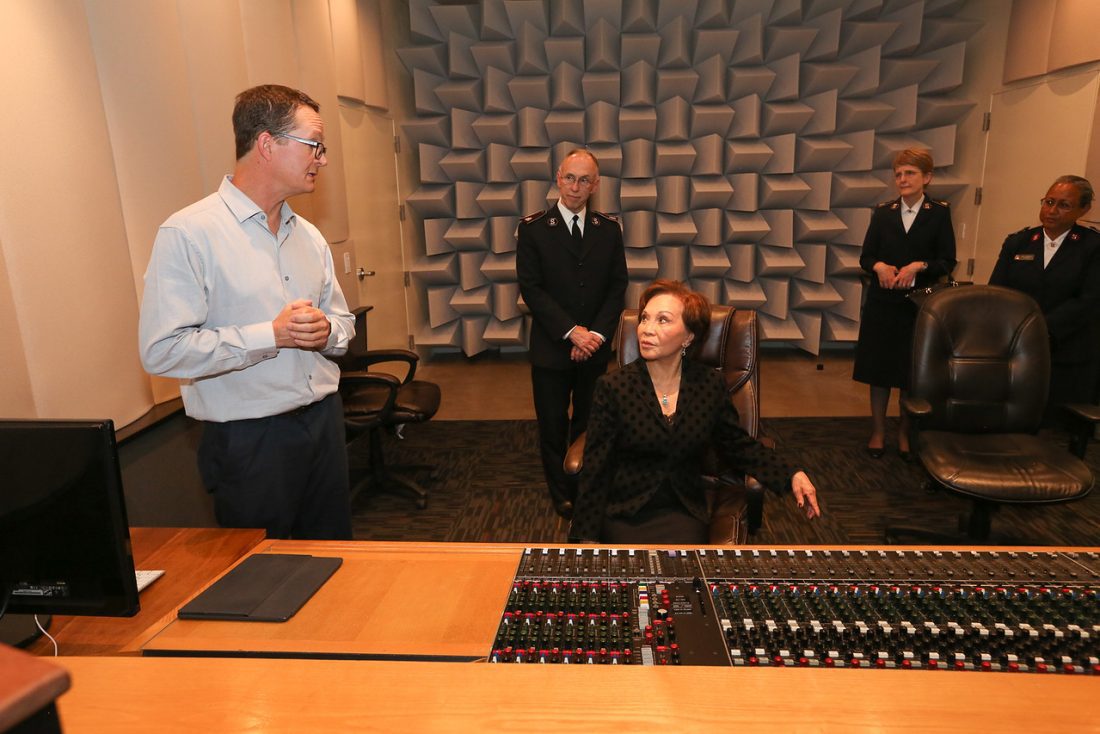 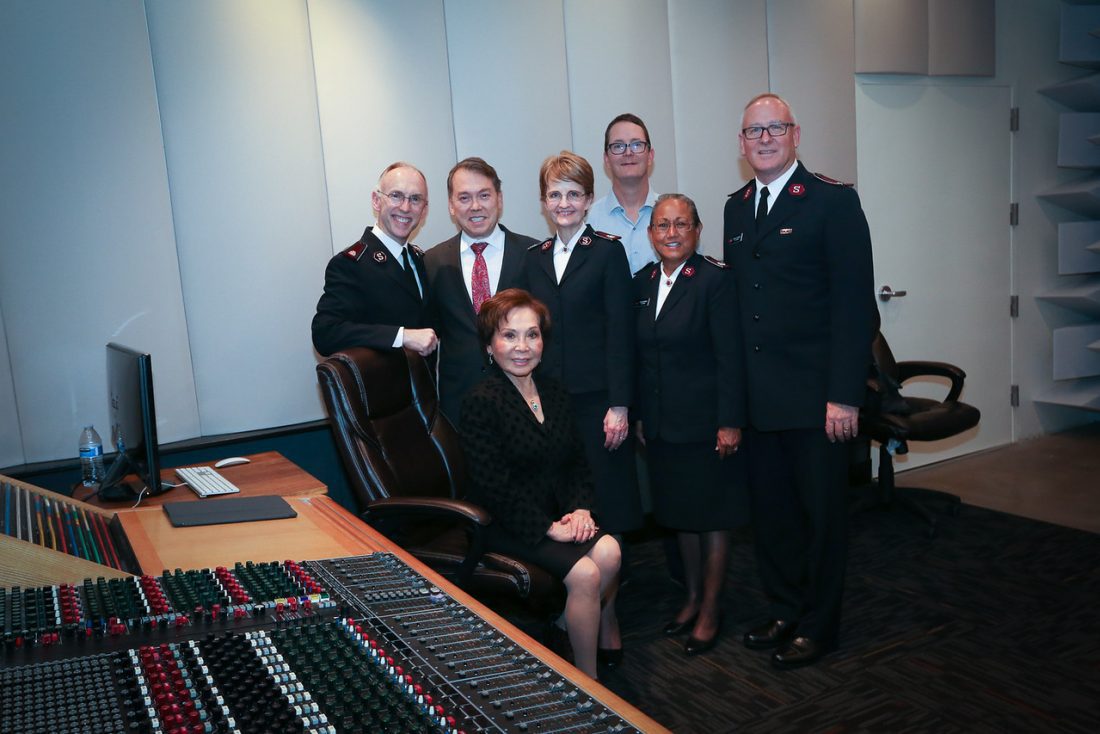 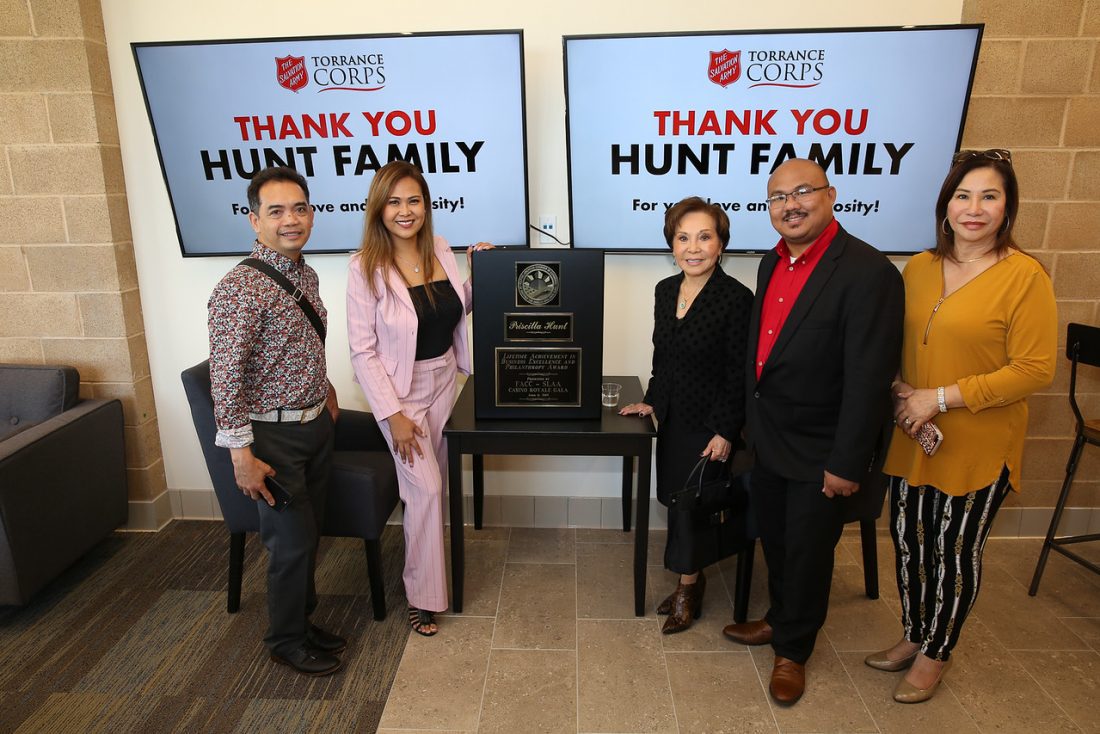 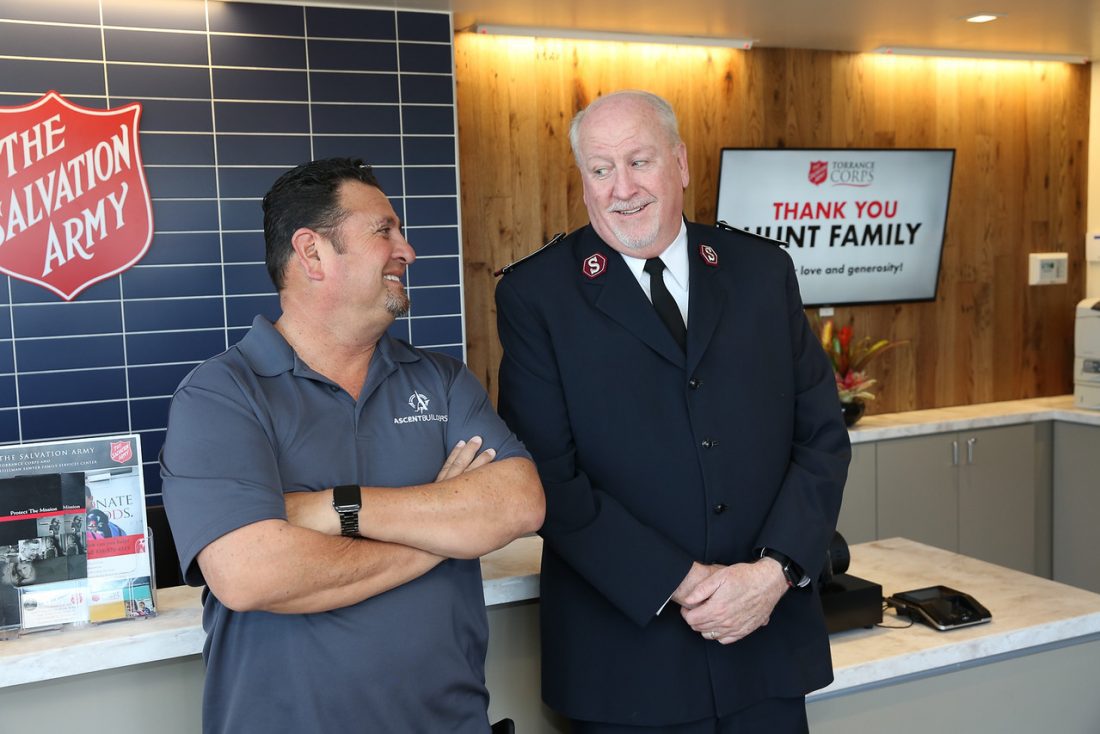 “Some destinations are worth the journey,” Captain Justin Docherty said Oct. 11 at the dedication ceremony for the Donald and Priscilla Hunt Performing Arts Academy and the George and Etta Hunt Memorial Chapel, located at The Salvation Army Torrance (California) Corps, where Docherty is Corps Officers with his wife, Aimee.

The academy and chapel are named to honor the Hunt family for their belief in the mission of The Salvation Army and their financial support, which made the re-designed facility a reality. Priscilla Hunt, CEO and President of Hunt Enterprises, Inc., spoke at the ceremony.

Western Territorial leaders Commissioners Kenneth G. and Jolene K. Hodder attended, along with California South Divisional leaders Lt. Colonels John and Lani Chamness, members of the Torrance Corps Advisory Board, representatives from the City of Torrance, and the architect for the project. Former Torrance Corps Officer Major Brian Bearchell, who began the project six years ago, came to celebrate its completion.

Docherty’s opening remarks referred to the many setbacks that occurred during the six-year renovation project—including several floods and a fire—calamities that made the project often seem like 60 years instead of six. For over three years, the Torrance Corps congregation met for Sunday worship in the all-purpose room, while the main building that houses the chapel and the academy underwent construction.

The Torrance facility has a new main entrance that opens to a lobby with a reception desk. The Performing Arts Academy, adjacent to the lobby, held music and dance lessons, and more, throughout the renovation. The facility also includes a world-class recording studio. Upstairs are a coffee shop and a corridor leading to the chapel. The all-purpose room has been updated, and the administrative office has moved, leaving the east side of the campus quadrangle free to become the “Youth Zone.” Soon this area will house the Torrance branch of the Savoir Faire pre-school. New signage makes everything easy to find.

“We get to unwrap a present and present it to the community,” Docherty said. “We acknowledge the journey we have before us, which is literally to change lives and change the landscape of Torrance.”

After a prayer from Lani Chamness, John Chamness spoke about the mission of The Salvation Army and the power of music.

“Three words encapsulate what The Salvation Army does: prevention, intervention and integration,” he said. “We are here today to talk about prevention—something that will keep a young person from going down the wrong path.”

He spoke of music’s power to change lives and thanked the Hunt family.

“Thank you, Priscilla, for your generosity; thank you, Hunt family, for your resolve to stand with and behind The Salvation Army as we move forward to make this community even better,” he said.

Torrance Advisory Board Chair and City Councilman Mike Griffiths and Torrance Chamber of Commerce President Donna Duperron shared words of appreciation for The Salvation Army. Architect Brandon Sprague, from Aptus, reflected on project’s goals: to unify the campus, to create flexibility and to develop an open and welcoming space while maintaining safety, keeping in mind it’s for families and kids.

Performing Arts Academy vocal student Carmyn Davis sang “You Say.” Without the academy, she said, she wouldn’t have the chance to take vocal lessons.

For Hunt, the arts hold a special place in her heart. She immigrated to the U.S. from the Philippines at age 21, and worked as a singer and actress before shifting gears to business. She believes strongly in giving back to the community.

“This is a blessing for me to be with you all today,” she said. She thanked Carmyn for her performance. “To hear your beautiful voice in front of this building and knowing that young voices like yours will find inspiration within these walls to develop their God-given talents is a source of profound comfort to me and my family.”

Kenneth G. Hodder and Griffiths presented Hunt with a certificate of appreciation.

In his keynote address, Hodder read from 1 Peter, chapter 2. He spoke about the individual parts of the new facility, and how the whole is greater than the sum of these parts. In God’s plan, he said, everything fits together perfectly for his divine purpose.

“That is precisely what the apostle Peter was talking about,” Hodder said. “He’s asking all of us to come together from all our backgrounds and experiences to become a people of God, to give glory to him.”

Hodder called for this day to be a beginning, asking everyone involved to resolve to develop the talents of the community’s young people and to create new opportunities for men and women.