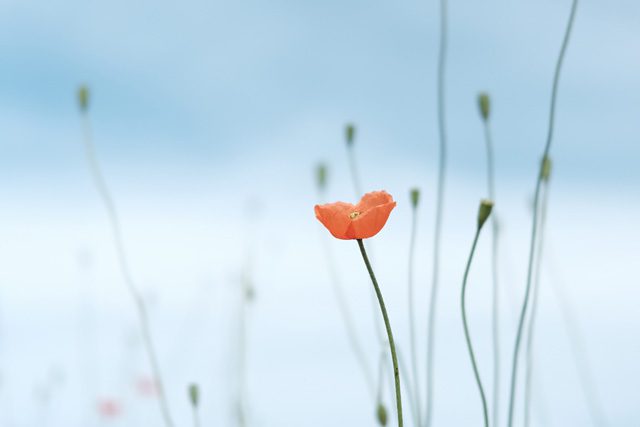 A message of hope, love and redemption It is said that good things come to those who wait. After waiting for 31 years to see “The Phantom of the Opera,” I recently sat in Her Majesty’s Theatre in London—the very place where the musical premiered in 1986—and was captivated.

I was familiar with some of the songs and the main premise of the story, but I wasn’t exactly sure what to expect once the curtain rose. Once the music began, there emerged from the sometimes dark, frightening, powerful and moving scenes a message of hope, love and redemption.

With the Easter season upon us, bringing its universal message of sacrificial love, forgiveness, acceptance and hope, I am reminded of similar themes woven throughout “The Phantom of the Opera.”

Early on we are introduced to the Phantom (Erik), a man with a serious deformity, living in the catacombs beneath the Paris Opera House circa 1910 after being ostracized, ridiculed and rejected by society. He privately tutors Christine—an orphan living and studying ballet at the Palais Garnier Opera House—in voice technique. Christine thinks Erik is the “angel of music” that her deceased father promised would come to help her. The Phantom keeps his face hidden with a mask in order to conceal, deceive and fool Christine into accepting him.

All of us tend to put on masks, those protective mechanisms that separate and isolate us from each other. We may not wear an actual face mask, as the Phantom did to hide a physical deformity, but we find other ways of preventing ourselves from being known. We allow fear and insecurity to put up barriers in our relationships, believing, like the Phantom, that if we were fully known—we may not be fully loved.

We were not created to be alone. You have heard the phrase, “To know and be known.” Knowing and being known is a mutual exchange; one that requires trust. We were created for community and for relationship. It is in our relationship with God that we are most known, and it is in knowing him that we have fullness of life. O Lord, you have searched me and known me. You know when I sit down and when I rise up; you discern my thoughts from far away. You search out my path and my lying down, and are acquainted with all my ways (Ps. 139:1-3 NRSV).

What a privilege it is to be known by others, to have real relationships and a sense of community. But how much greater even is the blessing of being known by God—the one who knows us more fully than we can know ourselves, more deeply than others can know us. This is the knowing with which God knows us. And, in the knowing, he loves us still.

In “The Phantom of the Opera,” Christine finds herself in situations and circumstances where she must make hard choices. Will she place her hope and trust in the unknown and the temptation of spectacle, glitz and fame to shun an “ordinary life?” In the end, she chooses what young Raoul has to offer—safety, calm, shelter and light. Her beliefs become her guiding light and offer her a way out of the darkness. In the same way, for us to walk in the light and allow God to guide us in our daily lives, we must accept and embrace the redemptive grace that he has to offer. It is only by his grace that we can live in a redemptive way, trusting our disappointments to him; gaining strength for each new day; living a life built on hope, trust and faith. For by grace you have been saved through faith, and this is not your own doing; it is the gift of God (Eph. 2:8). The light of God redeems every circumstance and allows us, in turn, to be a beacon to others.

After being kidnapped by Erik (Phantom) and forced to choose between him and Raoul, Christine prays— “God, give me the courage to show you, you are not alone.” In the end, she saves both Raoul and Erik through the redeeming power of love.

Sacrificial love and compassion are transformative. We see this in the Phantom’s response to Christine’s act of love and grace. His hate, anger and bitterness fade, as his heart melts and he is able to return sacrificial love. In a final act of love, Erik chooses Christine’s happiness over his own, releasing her even as he learns what it means to be “loved for oneself.”

“Compassion asks us to go where it hurts,

to enter into the places of pain, to share in

Compassion challenges us to cry out with those

in misery, to mourn with those who are lonely,

to weep with those in tears. Compassion requires

us to be weak with the weak, vulnerable with the

vulnerable, and powerless with the powerless.

Transformative love is powerful and changes our world, our communities and those around us for the better. We are instructed in I John 3:18: My little children, don’t just talk about love as an idea or a theory. Make it your true way of life, and live in the pattern of gracious love. Let us love with action and in truth, allowing God’s transforming love to work in and through us.

I am thankful for the reminders found in “The Phantom of the Opera.” Its appeal is the transforming power of love and the thread woven throughout of love, grace, compassion and redemption. In this Easter season let us all be mindful of the triumph of love. Hallelujah, his love triumphs over all!