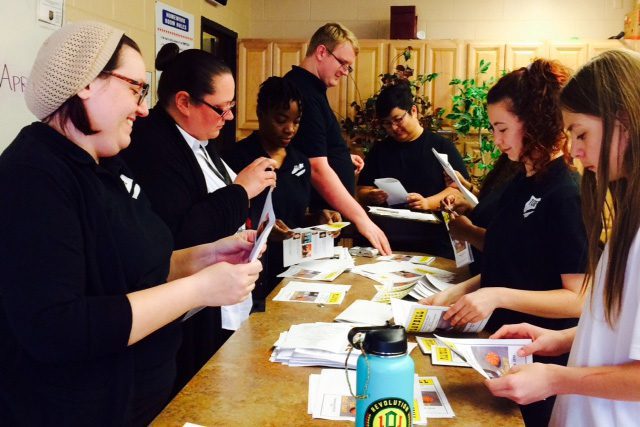 ‘The Next Play’—a story of God’s atoning grace

The Territorial Creative Arts Ensemble (TCAE) joined The Salvation Army Intermountain Division for its Spring Festival April 28 at the Colorado Springs Corps. Local corps members worked with the group to present an original drama, “The Next Play,” which they wrote, rehearsed and performed in the space of just one day.

The ultimate challenge for writers, actors, production and technical teams, 24-hour theatre requires participants to be fully present in the moment.

“I believe this in the first time a 24-hour theatre project has been done in The Salvation Army in the U.S.,” said Territorial Creative Arts Director Jessica Fagerstrom. 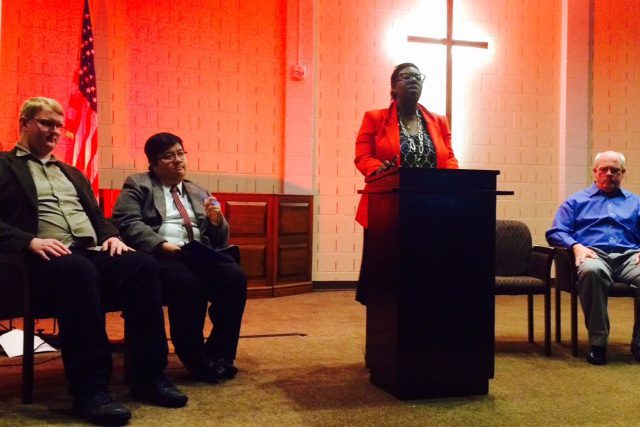 The team went straight to work upon arriving at the corps on Friday, April 27—discovering who would be participating with them from the community and what their interests were—writing, acting, stage management or design.

The writing team sought inspiration from the festival theme, “Atoning Grace,” based on Romans 3:24–26. As the first team to feel the pressure, they had to come up with a concept and complete the play Friday night, since rehearsals would begin Saturday morning. Thanks to Google Docs, writers could work on the script collectively, refining and completing it in time to get some sleep that night.

“I learned that it takes tenacity and focus to compose a Holy Spirit production with a limited amount of time that speaks to people’s hearts,” said writer Lt. Jennifer Larson, Colorado Springs Assistant Corps Officer. 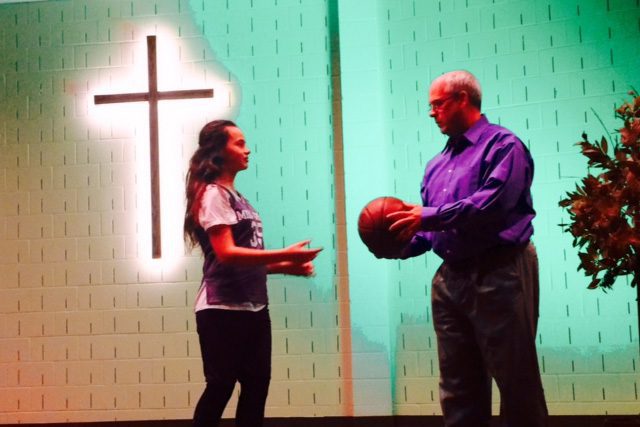 The finished product, “The Next Play,” is a one-act drama that articulates the mercy of a father whose daughter was killed by a negligent driver, and the driver’s path toward self-forgiveness.

On Saturday, while actors memorized lines, stage managers figured out scene and lighting details, and the design team handled costumes and props. The local Salvation Army Family Store loaned the TCAE everything they needed for the production. The writers created a professional playbill that included rehearsal photos and quotes from local participants.

That evening, after the corps hosted a free, homemade Italian meal, the festival began, with about 200 people in the audience, including Intermountain divisional leaders Lt. Colonels Dan and Helen Starrett. It featured the Intermountain Brass Band, the Front Range Songsters and the Colorado Springs Corps Singing Company and timbrel brigade.

In his devotional thought, Dan Starrett focused on the power of music.

“There’s something magical when we sing,” he said. “It isn’t skill; it’s what comes from within us that’s even more important than skill. We do all this for the honor and glory of God.”

He referenced Colossians 3:15–16 and Ephesians 5:19. Be filled with the Holy Spirit, singing psalms and hymns and spiritual songs among yourselves, and making music to the Lord in your hearts (Eph. 5:18b–19 NLT).

After a brief intermission, the festival concluded with the “The Next Play.” 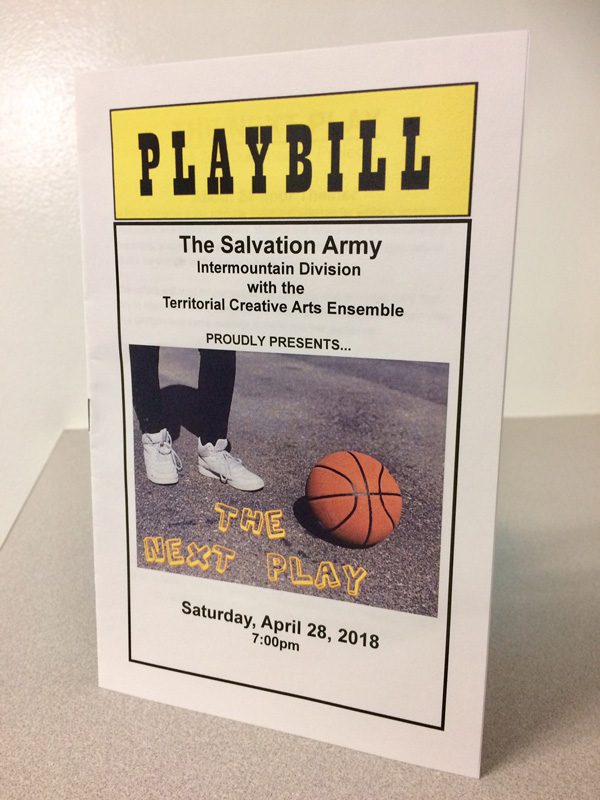 “[This was] powerful indeed,” one viewer commented. “It brought tears to my eyes.”

For the participants, what seemed almost impossible at the outset had come to a successful conclusion.

“Putting this production together in only 24 hours has definitely been hard, but it gives me a sense that anything is possible,” said Amber Kauffman from the Colorado Springs Corps, who worked on the design team.

The TCAE completed its ministry weekend on Sunday, participating in the worship service. They brought the Scripture reading, 1 Samuel 17:8–16 to life, acting out the various parts. Team members Stephanie Bridgeo and Tim Foley performed the skit, “Bus Stop,” and Vernon Luong recited his original spoken word piece, “A Quivering Prayer.”

Colorado Springs Corps Officers Captains David and Erin Kauffman made sure the TCAE had everything it needed, reaching new heights in hospitality, even ensuring team members visited Garden of the Gods—a National Natural Landmark of sandstone rock formations—before their departure.

“It was great for the kids to see,” she said. “I’m hoping they are inspired to do more spoken word and short skits.”

“The Intermountain Division and the Territorial Creative Arts Ensemble are two great things that go together,” Potter said. “This Spring Festival will have a long lasting impact on the work The Salvation Army is doing in Colorado Springs.”