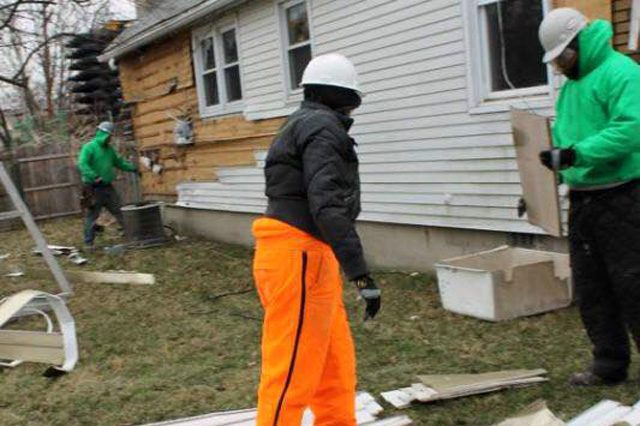 The Inland Empire city is turning to its homeless population to help clean up the community.

The City of Moreno Valley, California, is partnering with The Salvation Army on an innovative program to help the city’s homeless community secure temporary work. Funded by $120,000 in federal grants earmarked for city beautification and homeless outreach projects, the Homeless-To-Work Program seeks to guide participants toward a better life.

Modeled after existing programs in Albuquerque and Denver to address panhandling, Yxstian Gutierrez, Mayor of Moreno Valley, wanted to create a program to provide a hand up instead of a hand out. As the program delivery agent, The Salvation Army will look to engage many of the city’s 80 homeless individuals with 90-day employment opportunities to clean up trash from neglected lots.

“The program was developed to leverage the strengths of the city and The Salvation Army,” said Marshall Eyerman, Chief Financial Officer and City Treasurer for Moreno Valley, citing The Salvation Army’s “willingness to go above and beyond to help the homeless.”

The program deploys five workers, twice a week, for five hours each day to beautify abandoned parcels of land in the city. Workers earn $10.50 an hour, plus a sack lunch, water and transportation, courtesy of The Salvation Army. Waste Management provides the rakes, shovels, gloves and bags required of the workers for site remediation.

“It’s not necessarily the same five people who will be working every day as there will be an overlapping process with regards to who gets what documentation when,” said Lt. David Cain, Moreno Valley Corps Officer, noting that individuals need two forms of ID to legally work in California. “One [recruit] may have a driver’s license but not a Social Security card. Another may have a Social Security card but not a driver’s license…Once they have documents we set them forward.”

Vincent Fredborg, the Homeless-To-Work Program Coordinator, goes out every morning to meet the recruits at their encampments. “He is a crucial piece to the puzzle,” Cain said. “He speaks the language of the streets, and he has the biggest heart for these people and this program.”

Fredborg himself was homeless for 30 years. He came to the Army three years ago through the Adult Rehabilitation Center. “[I had a] place to eat and a place to shower,” Fredborg said. “After 30 days I needed more, and I found The Salvation Army.”

Today, he’s a homeowner, and he’s optimistic that others can find a way forward too. “The Salvation Army gave me hope,” he said. “There is hope for everybody.”

Program officials intend to link recruits with other social services they might need—including food and shelter—so that they can use the program as a springboard.

“The goal of the program is to help provide these individuals a means to rebuild their lives through getting back to work,” said Eyerman. “If we can help at least one individual change their life, then the program will be a success.”

Initial funding lasts one year, but it may be extended on an annual basis, based on City Council direction, according to Eyerman. The Salvation Army has already re-applied for funding for next year and is seeking additional support.