The Western Territory adds 93 members to the Fellowship.

The 57 cadets of The Salvation Army Western Territory’s Disciples of the Cross Session honored their parents and mentors at the Silver Star Banquet June 13 at the College for Officer Training (CFOT) at Crestmont. Lt. Colonel Shelley Hill, territorial secretary of the Fellowship of the Silver Star, welcomed the guests and Major Cindy Foley, director of campus services, gave the invocation.

The West added 93 members to the Fellowship, including three 3-star and five 2-star recipients. Of these, 85 attended the banquet. The new members represent many countries–including Australia, Mexico, Denmark, U.K, Korea, Ghana and Brazil–and all of the other U.S. territories–Central, Southern and Eastern.

Cadet Joanna Wang gave the Disciples Tribute, acknowledging her parents Larry and Carroll Vaughan, who met in seminary and have served the Lord together for over 42 years. She told two stories from her high school years, recalling her mother’s counsel in one and her father’s in the other. In each case, their advice–while addressing a secular situation–embodied spiritual truths that Wang took to heart. She acknowledged their heritage, referencing Ps. 145:3-4: Great is the Lord and most worthy of praise… One generation commends your works to another; they tell of your mighty acts.” She thanked all the parents and mentors for “letting God work in and through you as you have poured your lives into us.”

“Are you all feeling the love?” asked Commissioner Carolyn Knaggs, territorial president of women’s ministries, as she began her address to the guests. She thanked the parents and mentors for planting seeds in the cadets’ lives that flourished and led them to CFOT, where they shared “experiences of growing deep into the soil of God’s love.”

“They’re different now,” she said. They have developed their discipline, Bible knowledge, understanding of Salvation Army policies and procedures, and confidence in themselves and in the power of God–“a one-two whammy.”

She continued the theme of sowing seeds throughout her remarks, referring to Matthew 13, where Jesus relates the parable of the sower. The new lieutenants, she said, as they enter what Army officers call “the work,” will be sent into the world “to scatter the seeds of God’s love and mercy…called to plant the Word of God in the hearts of people.”

As everyone present received a packet of seeds to represent the the parable of the sower and the ministry of the new officers, Knaggs said, “What’s important is it’s God who makes the seeds grow.”

The cadets “pinned” their loved ones with the symbolic Silver Star pin and presented them with a certificate and a individually prepared letter of appreciation. In addition to honoring parents, cadets acknowledged five mentors, four grandmothers, two aunts, one uncle, one sister and one stepfather.

The White Rose Ceremony–solely a Western Territory tradition–provides recognition for cadets’ deceased loved ones. As Cindy Foley announced the names of their parents, the cadets received a white rose of remembrance.

A cadet ensemble, led by Erin Riesebieter, sang “In This Very Room” (R. Harris/C. Harris). The meeting concluded with the chorus, “I want to be a soldier of the cross,” led by Commissioner James Knaggs, territorial commander, followed by the benediction by Colonel Sharron Hudson, territorial secretary of women’s ministries.

The Fellowship of the Silver Star exists to acknowledge the influence of birth or adoptive parents, or spiritual parents, in shaping the lives of Salvation Army officers. Honorees receive a certificate of membership, a Silver Star pin, a welcome letter, a small remembrance gift and the Silver Star devotional book.

Want to see more photos from the Silver Star Banquet? Visit pics.usawest.org to flip through photos of the 2014 Commissioning weekend and share with friends and family. 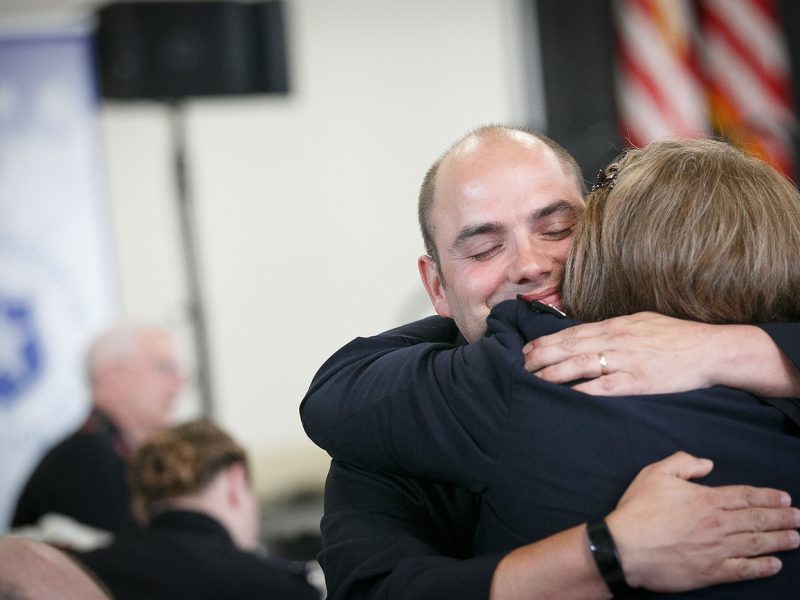 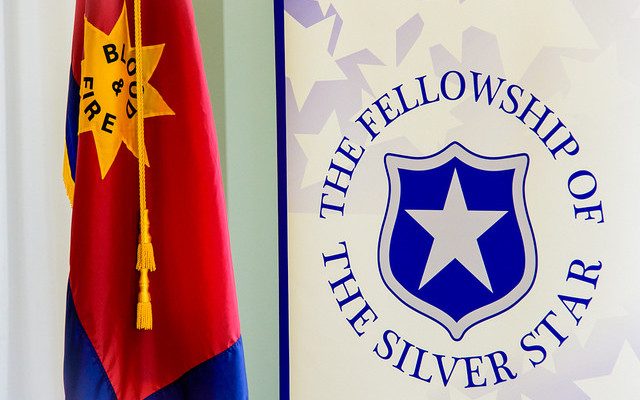