According to a Pew Internet & American Life Project study, 97 percent of teens in the U.S. play video games.

The games played are predominantly sports games, nothing above “Teen” rating, and played in a non-elimination format.

“One of the biggest problems we have with video games is that a lot of times parents aren’t really monitoring them,” he said, “so we wanted to create a safe environment, and then we can also teach the word of Christ as well.”

No matter how competitive the gaming, Kofoed always makes it a point to share the Gospel.

“Right at 7 o’clock, everyone has to pause, circle around and I do a devotion that I’ve created,” he said.

Kofoed’s devotions center on topics of sportsmanship, including “What kind of winner are you?” and “How do you celebrate?”

Kofoed distributes points to winners of each head-to-head battle, which can be put toward a drawing for a GameStop certificate.

Gamers can also accrue points for showing up, bringing a Bible, bringing a friend, using good sportsmanship and completing take-home questions on the devotionals.

Teens waiting on deck for a slot to open in the tournament can play board games, such as Apples to Apples.

Uziah McDonald, 15, of La Mesa, Calif., said he has gone to a majority of Gamer Nights.

“I don’t usually play sports a lot; I’m a gamer,” MacDonald said. “All I do is game at my house. Me bringing my skills here to play other kids is fun. I like it a lot.”

In just under two months, the group has grown to roughly 30 teens. One family even came to church at the Kroc Center as a result of the Teen Gaming Group.

“It’s really blown up; it’s really successful,” Kofoed said. “And it’s just something that is good to learn.” 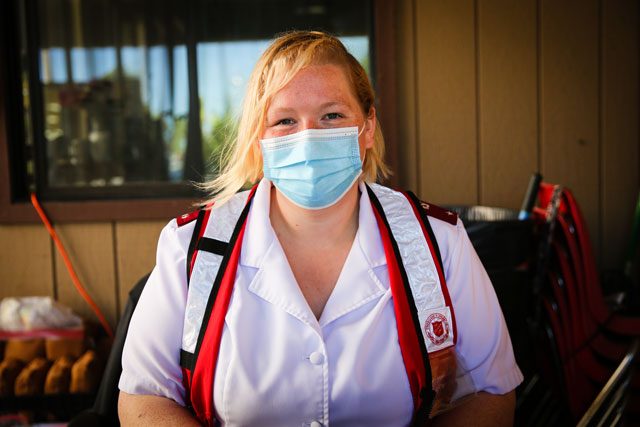