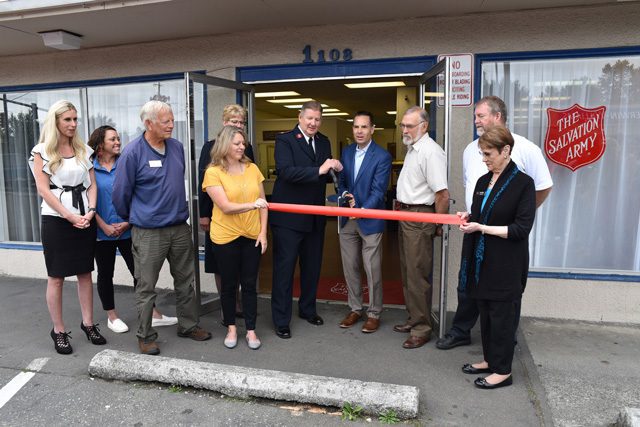 “We are genuinely grateful for what The Salvation Army does in Marysville,” Nehring said, adding that the Army is “critical in the community.”

The new location is a place for “hope, relationships, community and assistance with a hand up, not a hand out, today and into the future,” Bill Dickinson said. The new facility coincides with the Army’s recent decision to transition from a corps to a service extension office in Marysville. The new office is located on a busy street in the central part of town, with easy access from public transportation. Services to the community have already increased. In recent weeks, community meals have increased from three to four meals per week, and a mobile laundry truck visits the building every week.

The Marysville service extension office will be managed by social services employee Jenny Roodzant, who has worked for The Salvation Army in Marysville for four years and is familiar with the community and clientele.