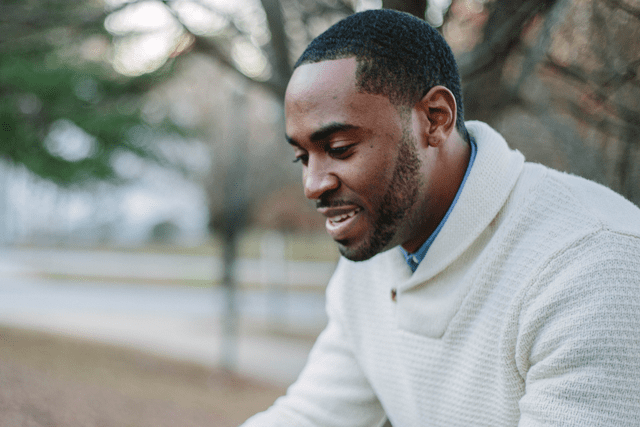 Reach out: celebrating diversity in ministry

A movement set on embracing and enacting diversity within the Church has garnered momentum in recent years. And, for the sake of the gospel, there’s a lot to be gained from it.

For a moment, Dr. Ken Davis shrouds his laid-back demeanor and his eyes light up as he talks about his home church, The Salvation Army San Diego (California) Citadel Corps.

“On any given Sunday, you can walk through the door and look around, and it looks like the United Nations in there,” he said.

Davis, a sociologist and former Development Director in the USA Western Territory (among other roles), isn’t making light of the facility’s impressive architecture, but rather its rich ethnic diversity: Hispanic, Black, Asian, White, Pacific Islander, Middle Eastern—you name it. This, he said, is what the Church should look like.

When diversity permeates the Church, it offers us a glimpse of the eternal kingdom of God. Different parts of the body show us different things—from vibrancy in worship to perseverance through suffering, from activism against injustice to holiness and faithfulness.

And perhaps, the Church needs each of these in every community to embody a whole and living image of the kingdom of God. Shortly after delivering his iconic “I Have A Dream” speech in 1963, Martin Luther King Jr. was invited to speak on race during a visit to Western Michigan University. After his lecture, King addressed a smaller group, noting a paradox in the Church claiming unity in Christ, but congregating separately.

Despite earnest attempts to address the underlying causes, such fragmentation still persists in the Church more than five decades after King’s observation. According to a 2015 study by Nashville-based LifeWay Research, more than 8 in 10 congregations surveyed comprised one predominant racial group. Even more alarming, many churchgoers remain tepid on the need for more diversity. Fifty-three percent disagreed with the statement, “My church needs to become more ethnically diverse,” while four in 10 agreed.

According to Ed Stetzer who oversees the Billy Graham Center for Evangelism, because a small percentage of U.S. churches embody a diverse congregation, most are in a position of having to play “cultural catch-up.”

However, in recent years, a movement set on embracing and enacting diversity within the Church has garnered momentum. Globalization and a sharp uptick in media coverage of racial unrest (think Ferguson, Baltimore, Charlottesville) have helped rekindle the discussion and re-establish the importance of diversity and racial reconciliation among evangelicals. And, for the sake of the gospel, there’s a lot to be gained from it.

Historically, this has proven easier said than done. But the difficulty of diversity shouldn’t obscure the objective of a vibrant and diverse body—something that isn’t lost on The Salvation Army.

After a review of historical demographics that indicated obstacles related to its own minority attraction, recruitment, enlistment, training, and retention, the USA Western Territory initiated its own study on the issue in August 2016. The “Project G 3:28,” territory-wide survey sought to pinpoint institutional and attitudinal barriers that impact minority populations internally, particularly those that stifle the full use of their talents in advancing The Salvation Army’s mission. The study’s titular verse, Galatians 3:28—There is neither Jew nor Greek, neither slave nor free, neither male and female, for ye are all one in Christ Jesus—addresses, above all, the importance of the freedom we find in Christ, according to Commissioner Kenneth G. Hodder, Western Territorial Commander. And that’s part of the reason Hodder believes it’s critical The Salvation Army be “at the table” on the issues.

“If you look in Galatians, at the traditional passage, 3:26–28, it speaks of us being ‘neither Jew nor Greek, neither slave nor free,’ all designed to suggest complete unity in Christ,” Hodder said. “The immediately preceding verses to that, however, speak of the fact that in the absence of the gospel we are held prisoners of the law…It equates things like racism with bondage…[with] the absence of the freedom that we find in Christ.”

“The West has got to be one of the most ethnically diverse territories in The Salvation Army,” said Davis, who’s also taught race and ethnicity at Arizona State University. From Guam to Alaska to San Francisco to San Diego, it’s not hard to see why. This, however, hasn’t always come across in The Salvation Army’s ranks.

Enrollment data from the Western Territory College for Officer Training (CFOT) yearbooks from 2001–2016 show the number of African Americans entering the college over that period averaged less than two. Over the past 14 years, just 4 percent of new enrollees at CFOT have been of African descent.

Though the survey exclusively targeted Salvation Army officers, soldiers, adherents, employees and board members of African descent, its findings are being loosely extrapolated to point up dynamics at play with all minorities. Many of these findings could lend guidance to the development of new strategies to maximize recruitment of minority populations within The Salvation Army.

For instance, many respondents reported that their family members and friends played a strong role in introducing them to The Salvation Army. Many also noted that they viewed service as the major factor in becoming officers.

According to Lt. Colonel Stephen Smith, Territorial Secretary for Personnel, the findings and recommendations have been reviewed by the Territorial Cabinet and by the leadership of each command. The follow-up will be administered by the Territorial Multi-Cultural Committee with the initial task of organizing a multi-cultural symposium during Commissioning Weekend 2018.

In the meantime, Hodder said it’s critical that we, as individuals, approach the subject with as much intentionality as possible. After all, segregation, in many ways, redraws the boundary lines Christ erased on the cross. When we claim freedom in Christ, we embrace diversity within the Church—and in doing so, stifle the climate in which racism can thrive.

“The Salvation Army needs to be a catalyst for the promotion of values that echo the freedom in Christ that we celebrate,” he said.

How we embrace that freedom and reflect it outward to an increasingly divided public is, in many respects, to what this all boils down. In an effort to better explore that, over the coming months New Frontier Chronicle will be publishing a series of articles highlighting different expressions of ministry across The Salvation Army USA Western Territory that bring to light the notion that when we reach out and claim that freedom simultaneously, a vibrant and inclusive Church with limitless potential awaits us.

“To have Salvationists of different backgrounds in uniform—there is no better representation,” Hodder said. “That’s one reason the uniform is so useful. It brings us together. It’s a uniting force that allows all Salvationists, regardless of ethnic or cultural background, to move forward as one.”

“That,” he said, “says an awful lot about the gospel we preach.”