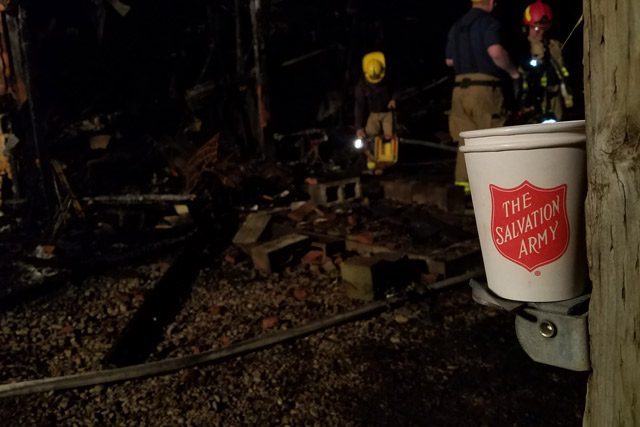 Responding to 10 fires in one week 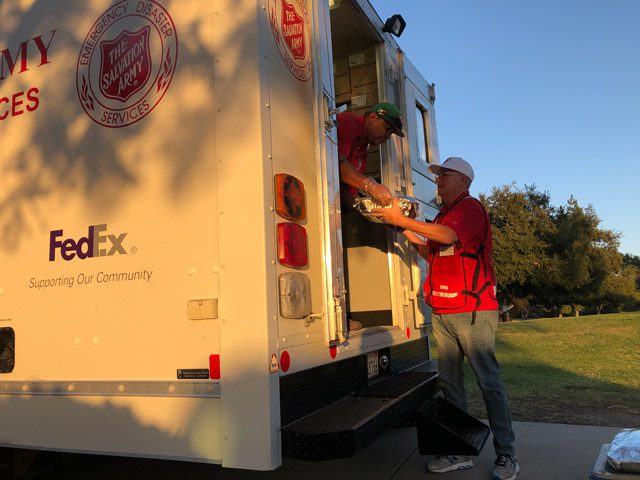 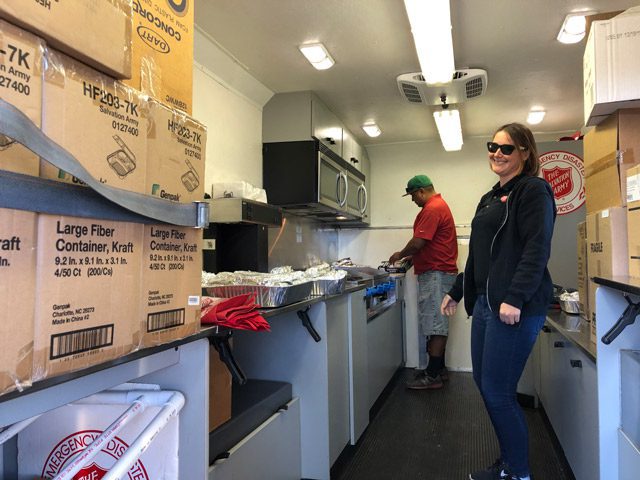 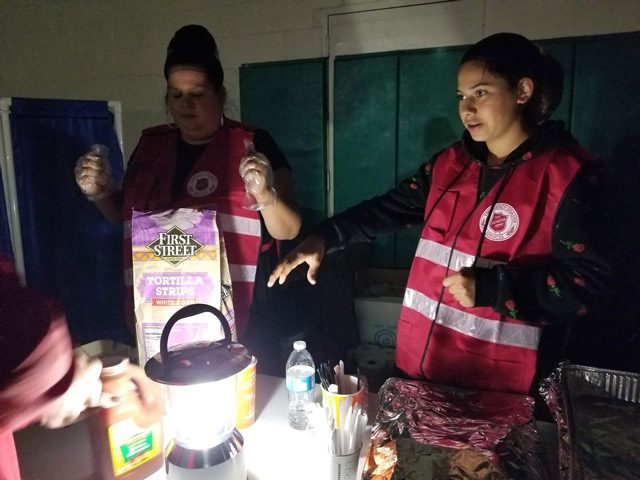 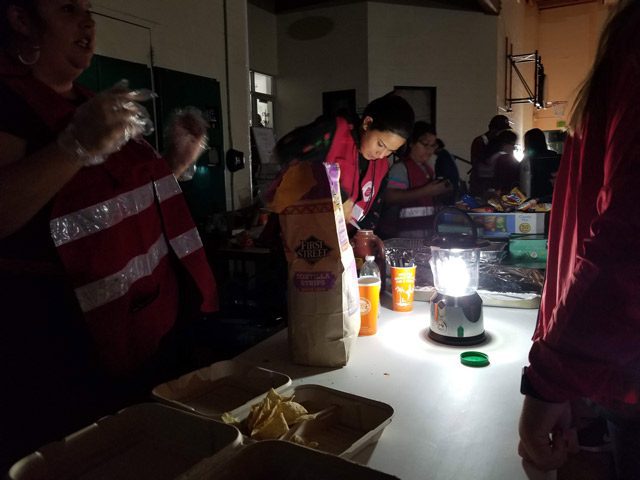 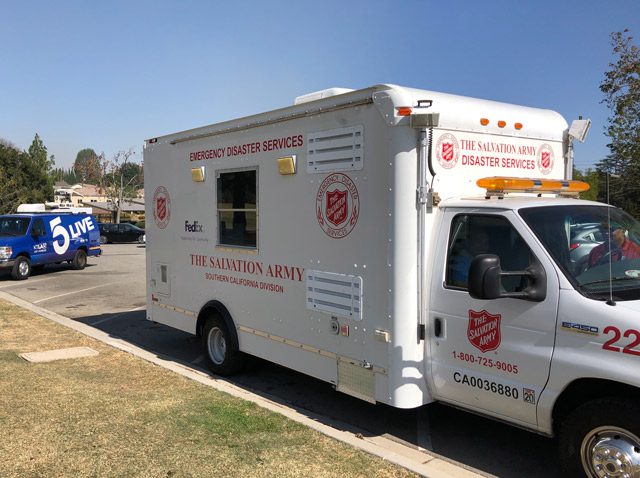 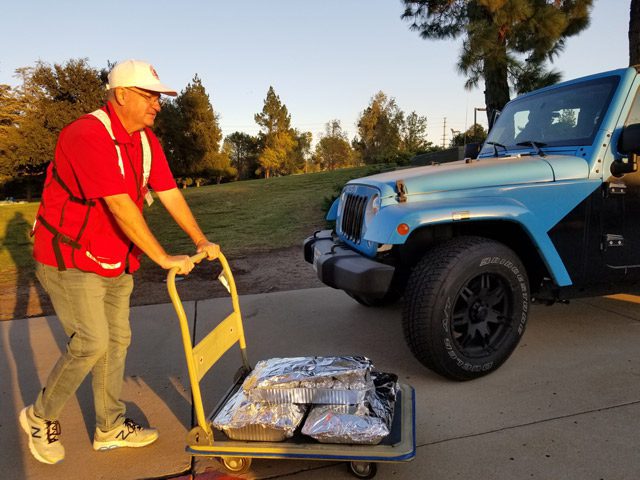 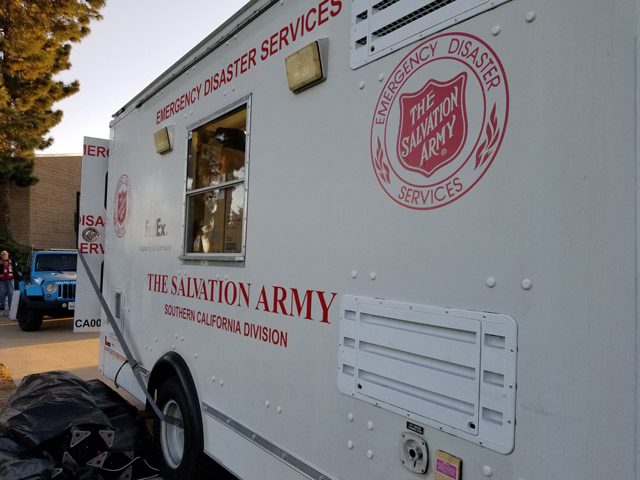 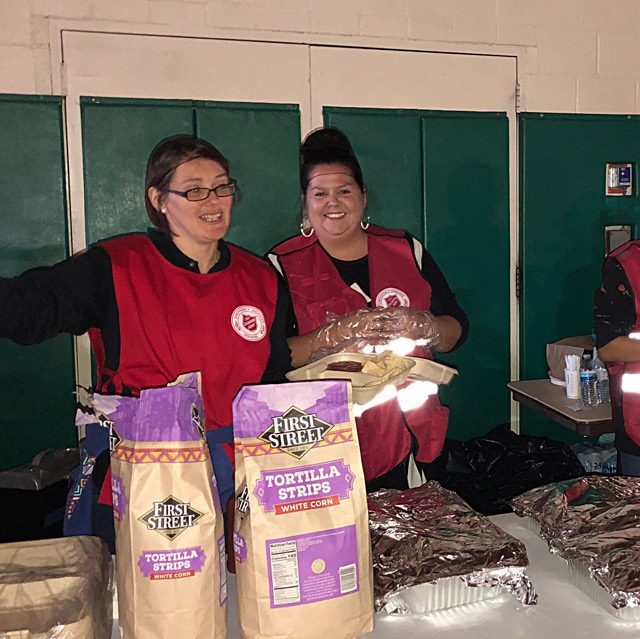 During the month of October, The Salvation Army California South Division responded to, or was on standby for, multiple fires, with 10 fires in the week of Oct. 26 alone. At the helm of the Army’s response was divisional Emergency Disaster Services Director Nicholas Nguyen. We asked Nguyen about that week and the division’s EDS plans for the rest of this year’s fire season.

What should we know about this particular fire season and how The Salvation Army is responding?

We were ready for the fires [in October] and our teams were on standby…and when our local teams weren’t able to respond, we brought in people from other counties for them to help out. The fact that the past few years we’ve seen two large fires already…the Thomas Fire was November 2017, the Woolsey Fire was 2018—and it was right around the Christmas holiday season, too…we’re a little worried about what’s to come. It’s already a telling sign that we had 15 fires in a matter of two days.

How did California South EDS handle needing to be physically present in so many places?

We did food service in three fires. We did it at the Saddleridge Fire, which happened in L.A. County and then we did it at the two fires in Ventura County, the Easy Fire and Maria Fire. Due to existing partnerships we have at the Ventura Corps and the Ventura Hope Center, that’s how we really were able to do the feeding…For the Saddleridge Fire, we did some cooking out of one corps. We also used the Pasadena ARC to cook for another shelter. Then we bought other things for a few other shelters, so we were feeding out of four shelters. San Fernando Valley Corps, at one time, was cooking breakfast for three locations. It’s essentially splitting up the tasks…We were a little stretched on people, so it even required me to actually be a server for the Saddleridge Fire as well.

How do you know you’re really meeting clients’ needs with short-term assistance?

When they visit a Local Assistance Center, we don’t initially tell them what is available. We talk to the clients to see what kind of needs they have and depending on what they say…it triggers us to be able to try to help them out with either a voucher to our Family Stores for them to try to restock on some clothing that they lost, Walmart gift cards for them to try to get more food, so they can use that for future meals, temporary lodging. So it really is on a case-by-case basis.

Is there a certain fire that we should focus our long-term efforts?

The Sandalwood Fire that happened in mid-October—when the trash in a garbage truck was on fire and it essentially dropped it off in a mobile home park. What happened as a result of that was the Villa Calimesa mobile home park was essentially destroyed…I think 77 mobile homes were destroyed and another 19 were damaged, and that mobile home park only has about 100 mobile homes. A lot of those are already low-income seniors; they’re working multiple jobs, trying to get a handle on their life. Now they’re affected. They’re not able to move back in. For the ones that haven’t had their place destroyed yet, they’re not able to move back in until maybe two years from now, so they’re still going to have to handle the mortgage and paying rent for their next location as well. We were able to help in the short term, but long term is definitely going to be needed for that one fire.

Are doing anything to prepare for any other possible disasters?

We can focus on resources, on pre-positioning, on trying to offer trainings, but because the holiday season is upcoming as well, a lot of our locations are stretched already, so we just have to plan accordingly and then try to bring in more resources. For the third year in a row, we received 12 AmeriCorps members to help cover our operation for EDS if a disaster comes during Christmastime.