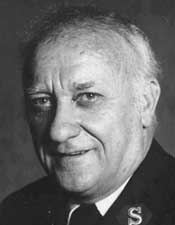 In 1953, Bearchell graduated from Springfield College (Mass.), married Grace Emily Aitkin, and enlisted in the U.S. Marine Corps as a second lieutenant, enrolling in flight school.

Bearchell had several careers. After the Marine Corps, he became a pilot with TWA in 1957. He took on education administration in 1973. Finally, in 1982, he became an auxiliary captain in The Salvation Army. During his 12 years as a Salvation Army officer, he and his wife served at adult rehabilitation centers (ARCs) in Seattle and in Canoga Park, Pasadena and Oakland, Calif.

According to his family, the lifelong career that mattered most was that he was a dedicated Christian, husband, Salvationist/bandsman, father, mentor and friend. 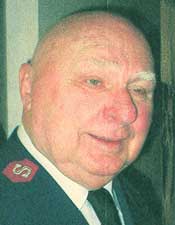 Hubert (Bert) Lohman was born in Hildesheim, Germany, Jan. 12, 1922, to Friedrich and Auguste (Duwe) Lohman. He graduated high school in Camden, N.J., and volunteered for the U.S. Army in World War II. Because he was fluent in German, he was assigned to work with British intelligence.

After his military service, Lohman worked nights while attending the University of Illinois. Graduating Phi Beta Kappa, he hoped to be a German professor. However, he became ill and a doctor told him he did not have long to live. He moved to Arizona where another doctor advised him he had been misdiagnosed.

Lohman met his wife, Jean Pettit, in Douglas, Ariz. They wed in 1950 and had three children: David, Darrell and Lisa.

The Lohmans served in The Salvation Army as auxiliary captains for over 12 years at the Napa (Calif.) Corps, retiring in 1987. They were known for their love of the people, including the advisory board and Kiwanis and Rotary clubs. 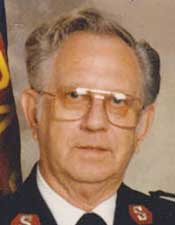 As a teenager, Lane met his future wife, Viola “Bunny” Angel, at The Salvation Army camp in Redondo Beach, Calif. He joined the Marines in 1948, becoming the cook at Camp Pendleton during the Korean War.

Bill and Bunny Lane entered The Salvation Army Officers Training College in 1953 and were commissioned with the Shepherds Session in June 1954.

After retiring in 1994, the Lanes continued to minister in Utah in Salvation Army corps and the First Church of the Nazarene. Lane filled in at corps in Ogden, Utah, and Grand Junction, Colo.

a view from the board side “Energizing your board members”

the spice box “Putting scholarship in its place”