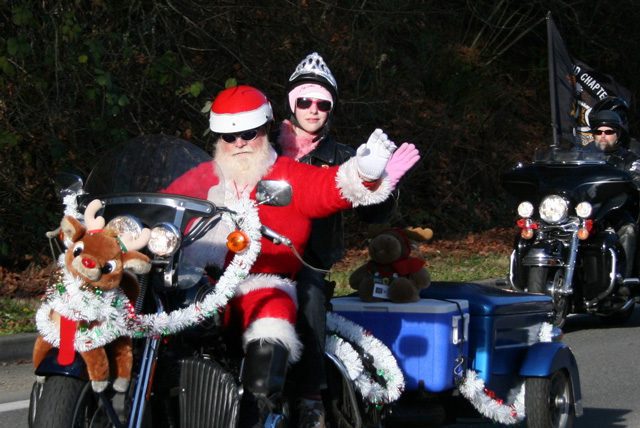 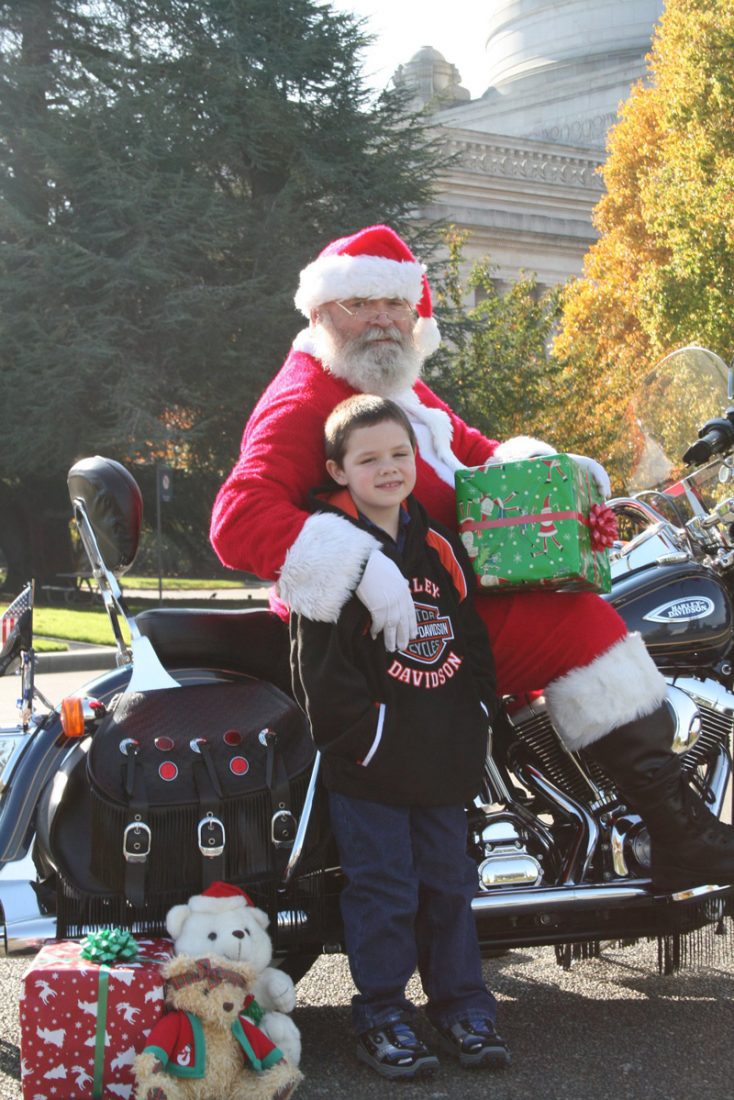 More than 2,000 motorcyclists congregated Dec. 1 for the 41st annual Olympia (Washington) Toy Run. Spectators lined the parade route to support the bikers, who had toys strapped to their motorcycles. The bikers share a common goal: to make sure every child in the area receives a Christmas gift.

The Salvation Army receives all the toys and money donated for its Toy n’ Joy Shop. Cash donations are used for food. Parents can then “shop” for their kids and pick up food at the same time.

“Santa Joe” Sullivan first helped organize the toy run in 1977, and he continues in that role today.

“I’m one of the original guys, a group of motorcyclists, who wanted to help out the community,” Sullivan said.

They met with local leaders, including The Salvation Army, and came up with the idea for the toy run.

“We started out with 25 bikes the first year, and just over 2,000 this last year,” he said. Children in four counties will receive gifts from this year’s event.

The toy run requires months of preparation. Since it takes place on public streets, it requires securing permits and insurance, and cooperation from local law enforcement. Sullivan said in the early days they had to open a lot of doors to get the public and different agencies on board; over the years they developed a good rapport.

“This thing never really sleeps,” Sullivan said. We keep working at it all year long. I’ve been doing this for 41 years—I’m in my mid-70s now—and it’s still going strong.”

Sullivan, who is also a working Santa Claus, credits a strong coalition of supporters, including sponsors and volunteers. Local restaurants help throughout the year, holding events that raise community awareness.

Before the toys go to the Toy n’ Joy Shop, they have to be sorted by age and gender. Debbie Ingram, a soldier of the Olympia Corps, receives the toys—thousands of them—organizing them with the help of other volunteers, including youth groups like 4-H. For 28 years, she’s volunteered full-time service during the toy run; before that, she volunteered when she could. She said it’s her way of giving back to The Salvation Army.

“It is great to see the community come together,” Ingram said. “The motorcycle coalition is amazing.”

All the effort is worth it, she said, when she sees how thankful and comforted the parents are to have some of the pressure of the holidays taken off their shoulders.

“And you never know the lasting impact of this ministry,” she said. “Later in life, these parents or their children may donate to The Salvation Army, or volunteer their own time.”

“Over the past 41 years, they have kept a count of the number of toys given to The Salvation Army from the toy run,” Mark Stearns said. “The numbers total over three million dollars worth of cash donations and toys.”

Sullivan visited the Olympia Corps Dec. 4 to present an initial check of $10,200 collected from gate receipts. He will deliver another check in February, once everything has been tallied.

Currently, volunteers are busy counting and sorting the toys. Donations are still being accepted through Dec. 7 at 30-plus area locations.