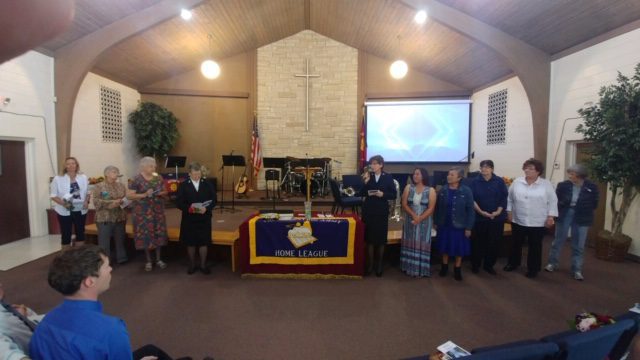 Rocheleau’s message that day was titled, “God’s Glory on Display,” which reflected the 2018 Women’s Ministries theme of Declaring God’s Glory.

Norma Watson was recognized for her years of commitment as the previous Home League Secretary. Watson retired from the post, as well as from her career, to move near family out of state. Watson gave a moving testimony of her experience as a Home League member, local leader and corps soldier.