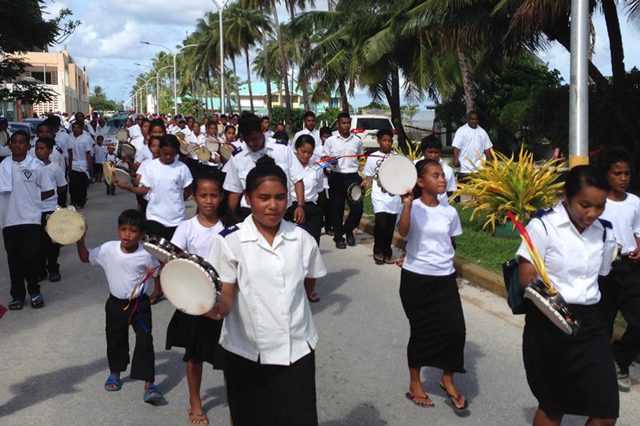 Salvationists join others in support of victims of human trafficking.

The Salvation Army in the Republic of the Marshall Islands (RMI) joined other groups Sept. 24 for RMI’s LIVE FREE DAY, when participants showed support for victims of human trafficking and acknowledged recent developments in the RMI government regarding a National Action Plan for Human Trafficking.

The Rita and Laura Corps joined other organizations to march through the streets of downtown Majuro.

“The Marshall Islands attaches great importance to combating trafficking in persons,” RMI Foreign Minister John Silk wrote in an official government statement. “It is with regret that the findings of the report have displayed a total disregard of the ongoing efforts of the national taskforce on human trafficking and its partner law enforcement agencies and non-governmental organizations to tackle trafficking.”

Silk said the US government should be specific about what needs to happen to combat trafficking and should aid the RMI government to that end, adding that the Marshall Islands need help prosecuting and investigating these crimes.