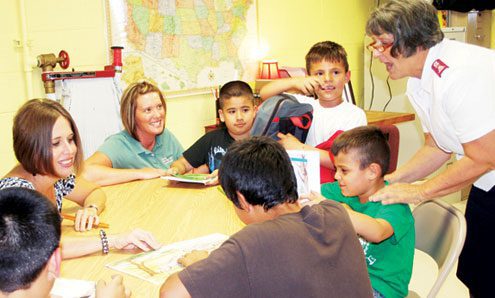 Seven years ago the Salvation Army opened a children’s activity room in the Turlock Corps Community Center. The room has been used every day during the school year as an after-school study room. Major Debi Shrum [Turlock corps officer] of the Salvation Army said that the room was starting to show its years of use by so many kids.

“We repainted it just three years ago but you could tell after a while that 18 kids use this room after school every day,” Shrum said.

The room caught the attention of the Leadership Turlock class of 2010 when they took a tour of the community center a few months ago. Leadership Turlock is a program run by the Turlock Chamber of Commerce that aims to help Turlock leaders better understand current Turlock issues. Participants attend seminars and take tours related to Turlock government and politics, agriculture, local non-profits, education and other topics. For 16 of the program’s 18 years, the class has also done a community service project.

When the class of 2010 toured the children’s room at the Salvation Army Corps Community Center they knew they were looking at a potential service project. Shrum, a classmate of Leadership Turlock, was happy to offer the space for the group’s service project.

“This was an outstanding class. They are giving something back to the children. I always love when children are going to be rewarded,” said Sharon Silva, CEO and president of the Turlock Chamber of Commerce.

Leadership Turlock members repainted the room, installed a new white board, and donated furniture for the area. One feature the group is especially proud of is the magnetic wall under the white board. It is now covered from top to bottom in magnetic word strips that kids can rearrange to spell out sentences. The space now has an organized shelf full of books, two study tables, and school supplies.

Robin Swartz, vice principal at Walnut Elementary and a member of Leadership Turlock, said that the space was unorganized before. Now the room will be used only as a study area where kids can do their homework after school before they are allowed to play in the gym.

“All it needed was a little TLC. I would like a computer for them. Maybe not even Internet, but at least a word processor so they can do homework and type papers,” Swartz said.

Parents noticed the difference in the study room when they came to pick up their kids on Monday.

“It looks cared for and organized and intentional,” said Ciel, a mother who picked up her two boys on Monday. Xander and Diego were among the first kids to test drive the room, and they liked it so far.

The room was officially open for studying on Tuesday, and it will be used by kids who range in age from kindergarten to middleschoolers.

“It’s good for the kids. My daughter needs help with English, with reading and writing. This can help her more now,” said Claudia, whose twin daughters have been attending the after school program for two years now.Used with permission from turlockjournal.com 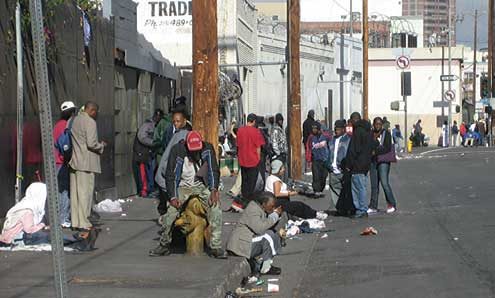